Where To Catch A Baseball Game | Read more on re:view 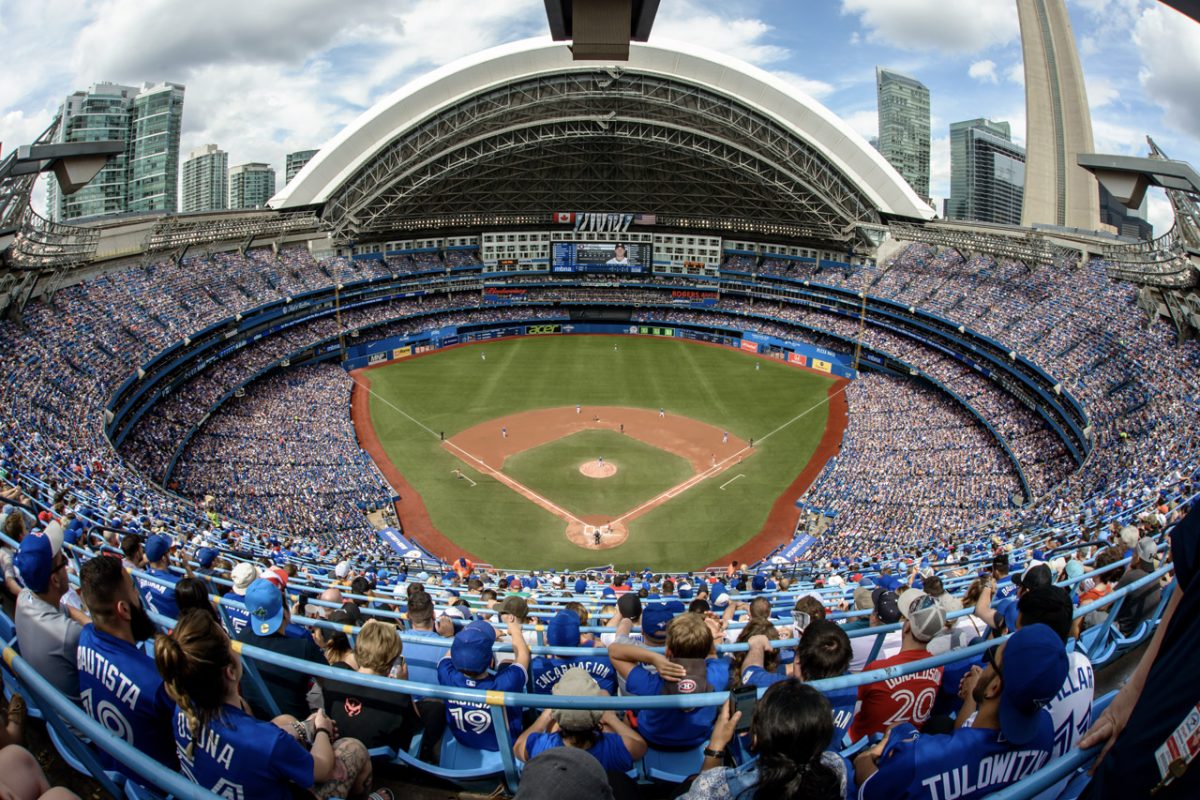 Where To Catch A Baseball Game Across Our Route Map

With all this warm weather, have you found yourself suddenly humming ‘take me out to the ballgame’ while simultaneously craving a hot dog? Us too. To celebrate baseball season, we’ve put together a list of stadiums across our destinations.

Located in the heart of downtown Toronto, Rogers Centre is a great place to catch a last-minute Blue Jays’ game. The stadium offers stunning views of the CN Tower under sunny skies in the summer, and thanks to the retractable roof, fans are guaranteed an enjoyable viewing experience rain or shine. Avid fans can even catch a game from the comfort of their own hotel room if they book at the Toronto Marriott City Centre Hotel, which features rooms directly overlooking the field. 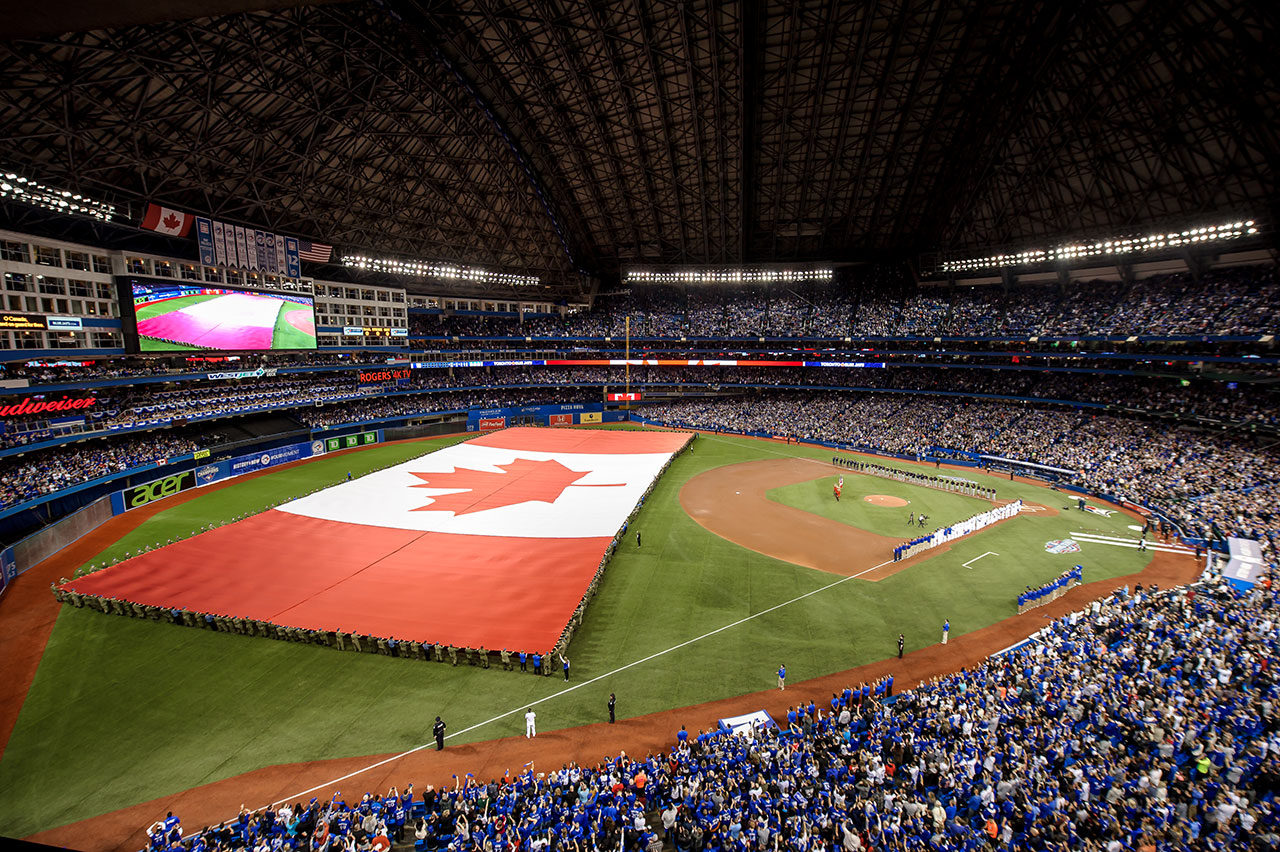 Home of the Red Sox since 1912, Fenway Park is the league’s oldest ballpark, and it has the history to prove it. There are tons of stories about the stadium’s unique features, like the single red seat in the right-field bleachers (it marks the spot where the ball from the longest home run ever hit there landed). The park’s signature is The Green Monster, a 37.2 foot (11.3 m) high left field wall that is a popular target for right-handed hitters.

The original Yankee Stadium opened in the Bronx in 1923, was renovated in 1976, and was replaced by the new Yankee Stadium in 2009. Everyone knows that one of the best parts of the ballgame is food, and Yankee stadium is a foodie’s dream. From Hawaiian-inspired grub and Taquito cups, to a rotisserie chicken and steak stand, and Grand Slam Shakes, there’s something for everyone. 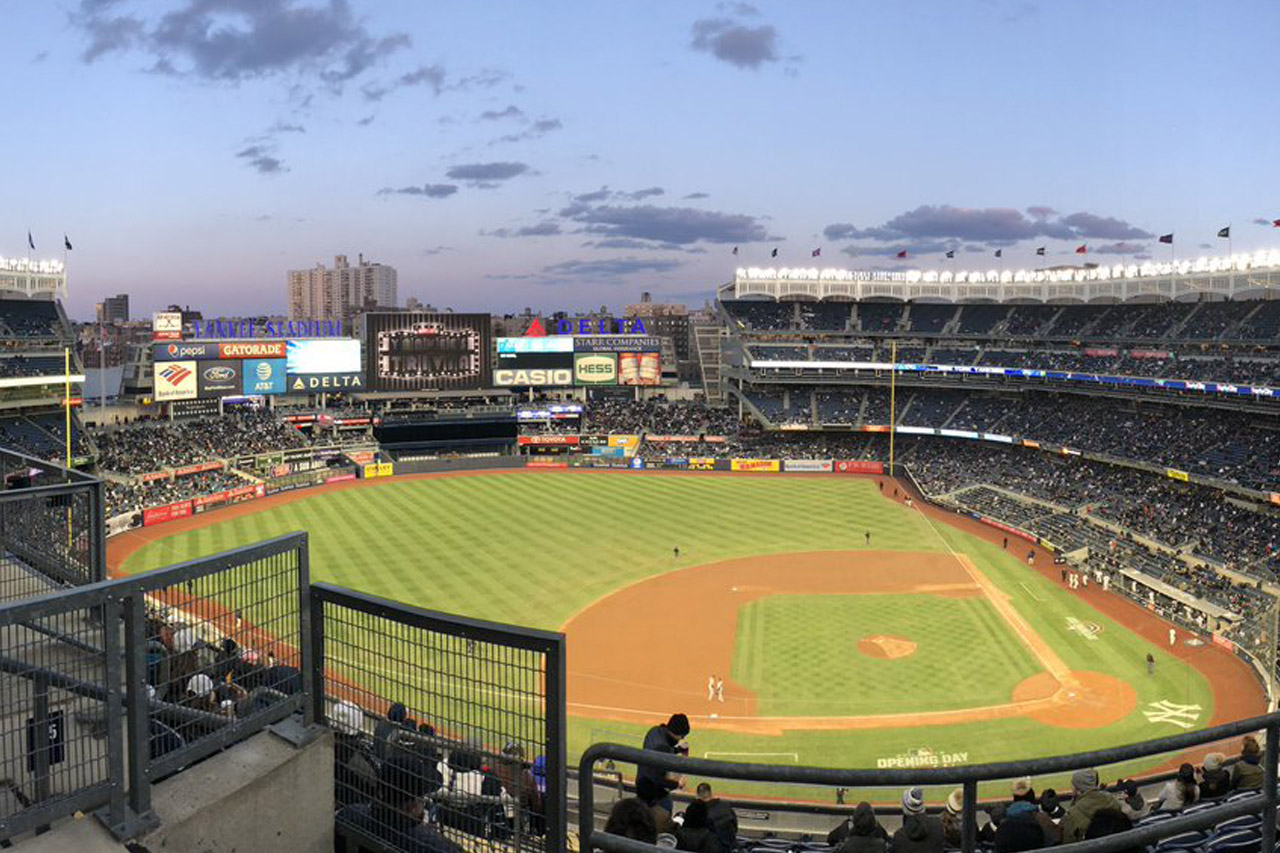 Citi Field in Queens, New York, was built in 2009 as a replacement for the Mets’ former home, Shea Stadium. The field features a grand front entrance named the Jackie Robinson Rotunda, after the Brooklyn Dodgers legend who broke baseball’s colour barrier. It is also known for the Home Run Apple, a tradition that began at Shea Stadium, where a giant apple with the Mets logo rises whenever a home run is hit. Like Yankee Stadium, Citi Field’s food game is on point. Fans can find a variety of tastes and flavours in the Taste of The City food court – which includes a Shake Shack. High-end ticket holders can treat themselves to dishes from renowned Myriad Restaurant Group (known for Nobu) at the Porsche Grill. 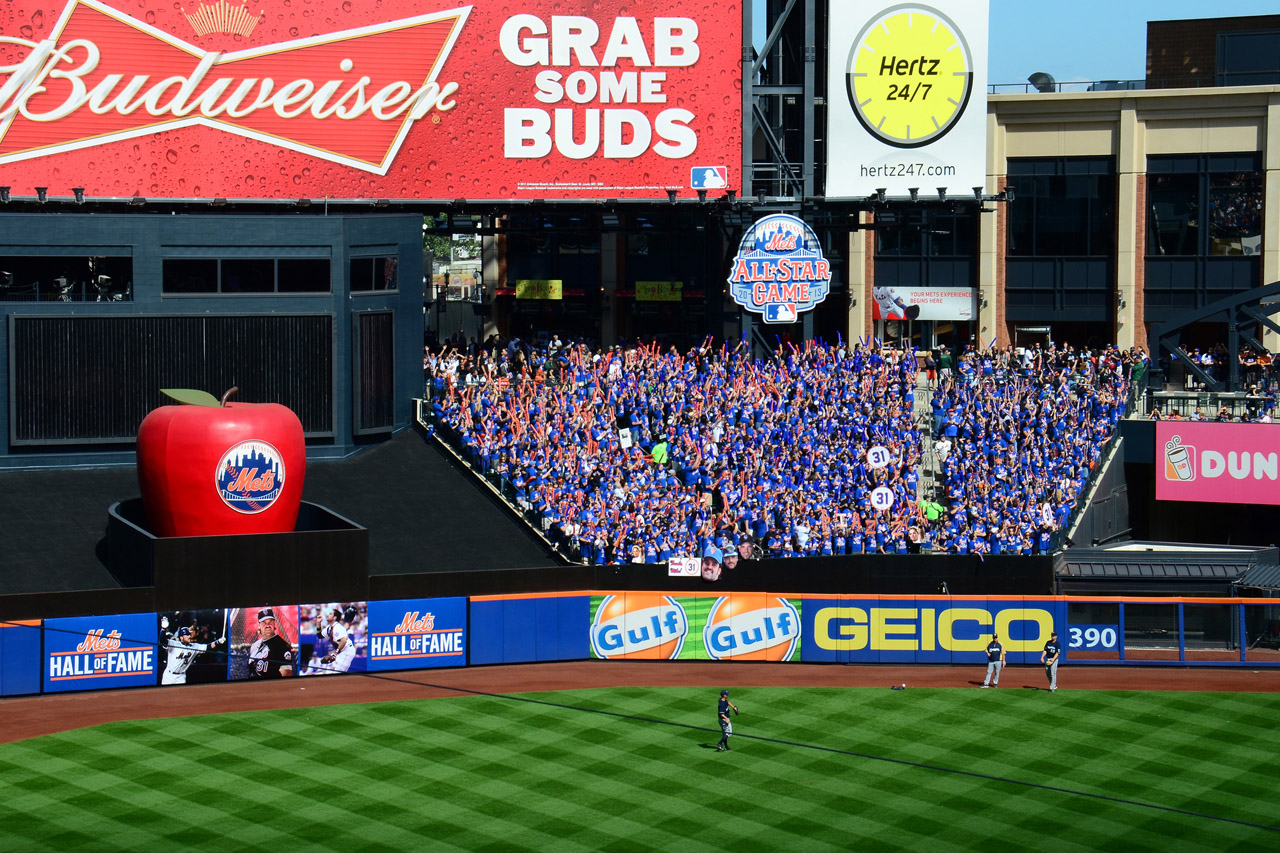 Built in 1914, Wrigley Field is the oldest National League ballpark and has been home to the Chicago Cubs since 1916. It’s known for its ivy-covered brick outfield wall, a manually operated scoreboard (that’s been around since 1937), and for being one of the only ballparks where neighbourhood residents can watch the game from their building’s roofs. 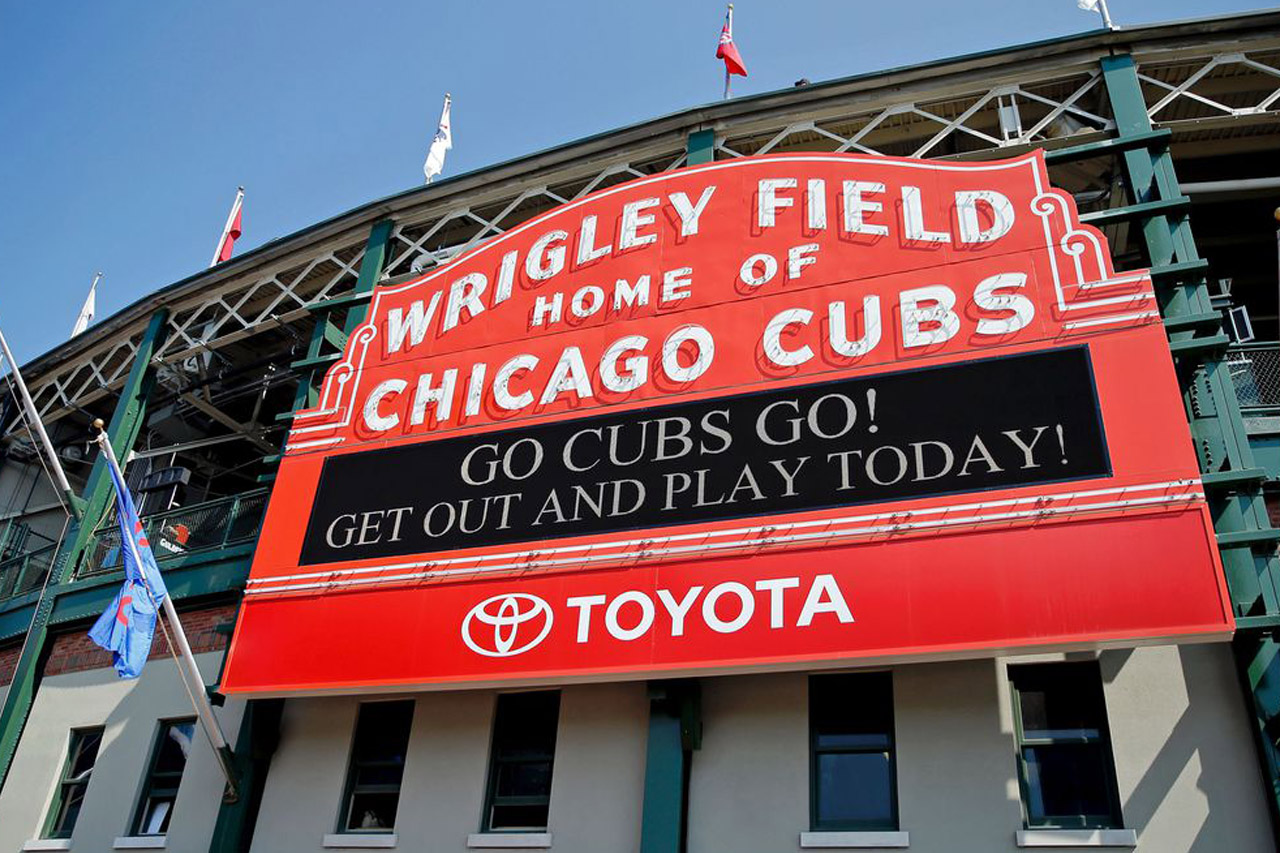 Catch a game in Chicago’s Armour Square neighbourhood at Guaranteed Rate Field, the home of the White Sox. Built in 1991, the postmodern structure houses some nods to the parks of past, including the “exploding scoreboard” which pays homage to the original installed by team owner Bill Veeck in 1960.

For food, be sure to grab the city’s staple Chicago Dog, complete with yellow mustard, chopped white onions, bright green sweet pickle relish, a dill pickle spear, tomato slices or wedges, pickled sport peppers and a dash of celery salt. Just don’t add ketchup, if you want to avoid any dirty looks from the locals.

Why visit Nationals Park? For one, it’s the only place you can watch the game and catch glimpses of the U.S. Capital at the same time. It’s also the only stadium featuring a grove of cherry trees, found behind the left field bleachers; they’re an ode to the region’s popular bloom.

For food, chow down on one of D.C.’s legendary half-smoke hot dogs, made even better when smothered in the district’s signature chili. 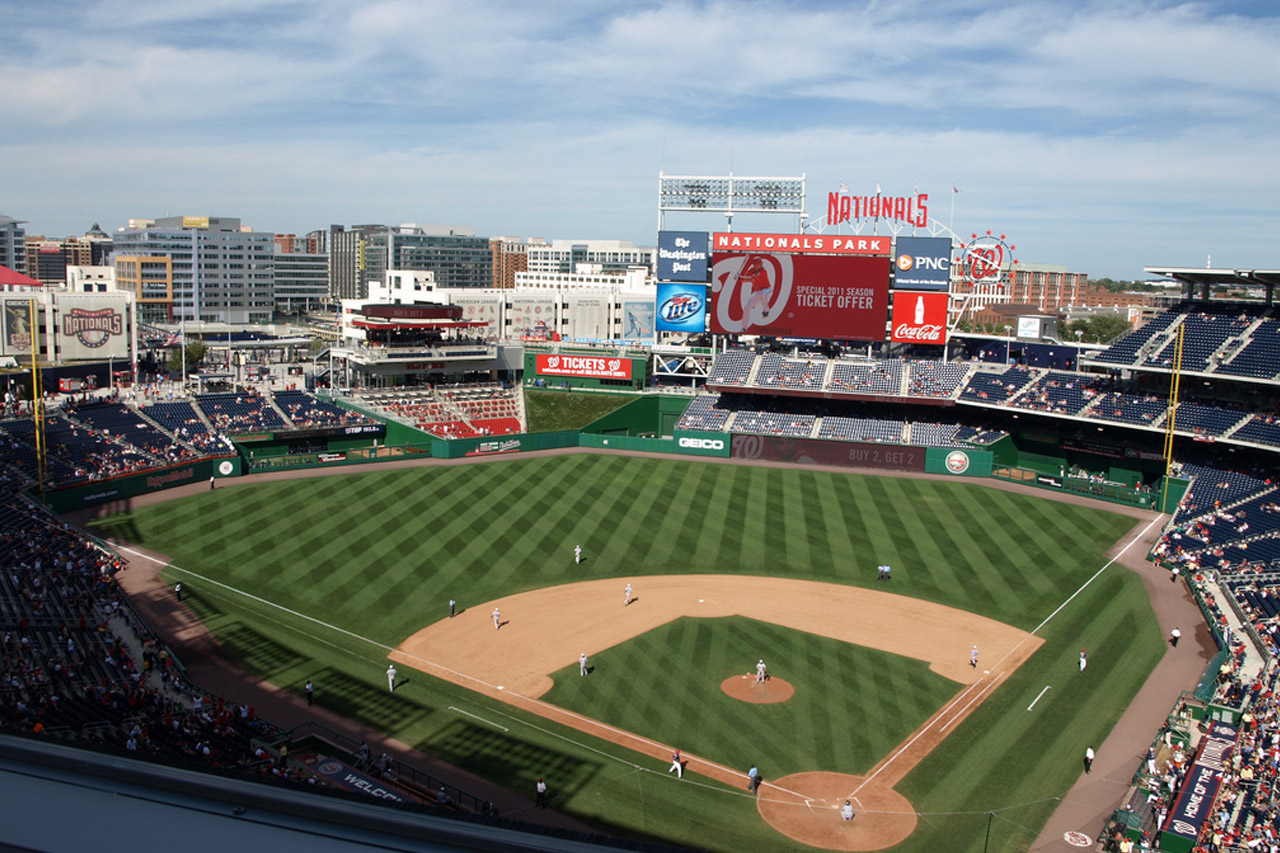 If you feel inspired to plan a ballpark ‘roadtrip’ with less mileage on the road, book a flight instead to your destination of choice.