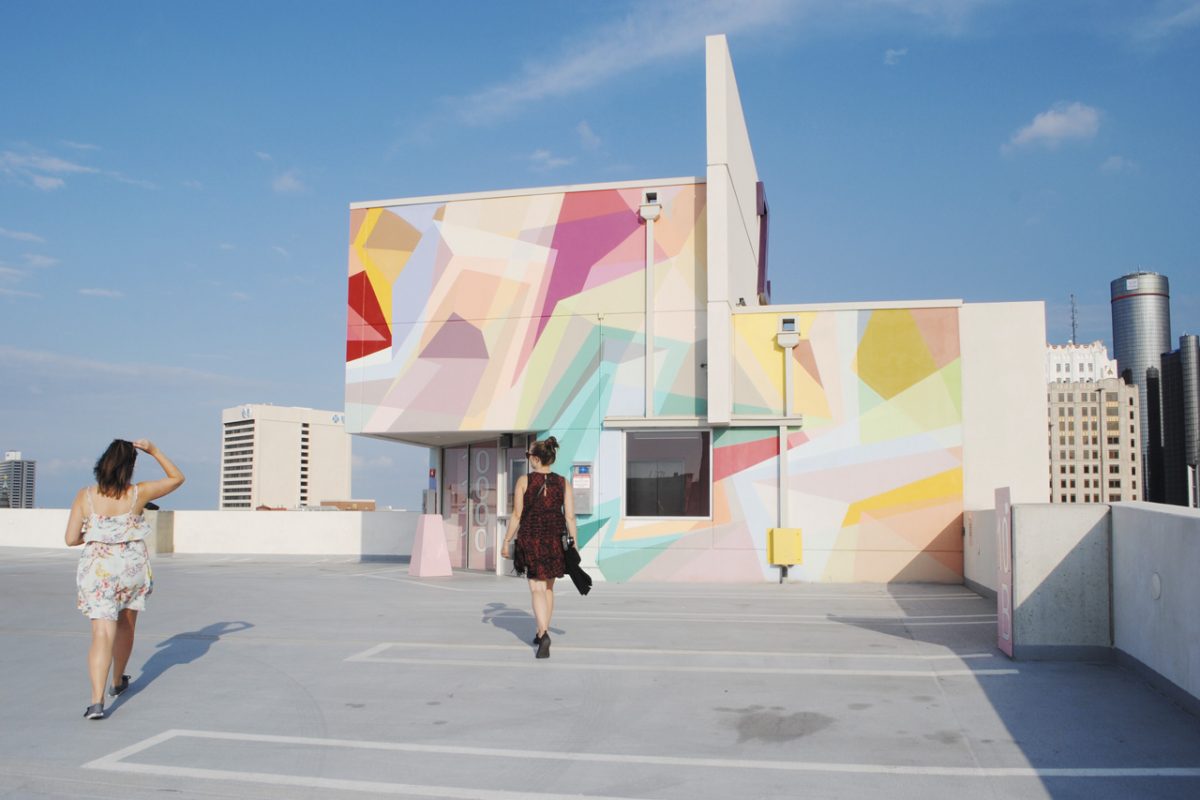 From neighbourhood characteristics to the burgeoning food scene, Motor City is the perfect weekend destination: just different enough from Canadian cities to feel like a getaway, and just similar enough to feel like home (did you know Canada’s Windsor airport is actually closer to downtown than Detroit’s own airport?).

Detroit is the comeback kid of American cities—rising from the rubble with a gentrified downtown core and increasingly vibrant arts, sports and music scenes (it’s the birthplace of Motown and artists like Eminem and the White Stripes).

Here’s our guide to a weekend in Detroit, a gritty city, chock full of charm.

Detroit Foundation Hotel – A brand-new hotel in the city’s former fire department headquarters, Detroit Foundation Hotel feels like a gentrified gentleman’s club: buttery leather barstools, exposed brick and bright-white bedrooms, and a Michelin Star-toting chef in the kitchen. Its ethos is hometown pride—artists from around the city make everything from the paintings in the rooms to the chocolates on the pillows to the intricate light installation that hangs over the bar.

Trumbull and Porter Hotel – Trumbull & Porter is New Detroit embodied: unfussy concrete floors, a midcentury-meets-modern design that doesn’t try too hard, and a mean cup of coffee. Ask about renting one of their matte-black bikes (if the weather’s nice, the best way to see the city is on two wheels). 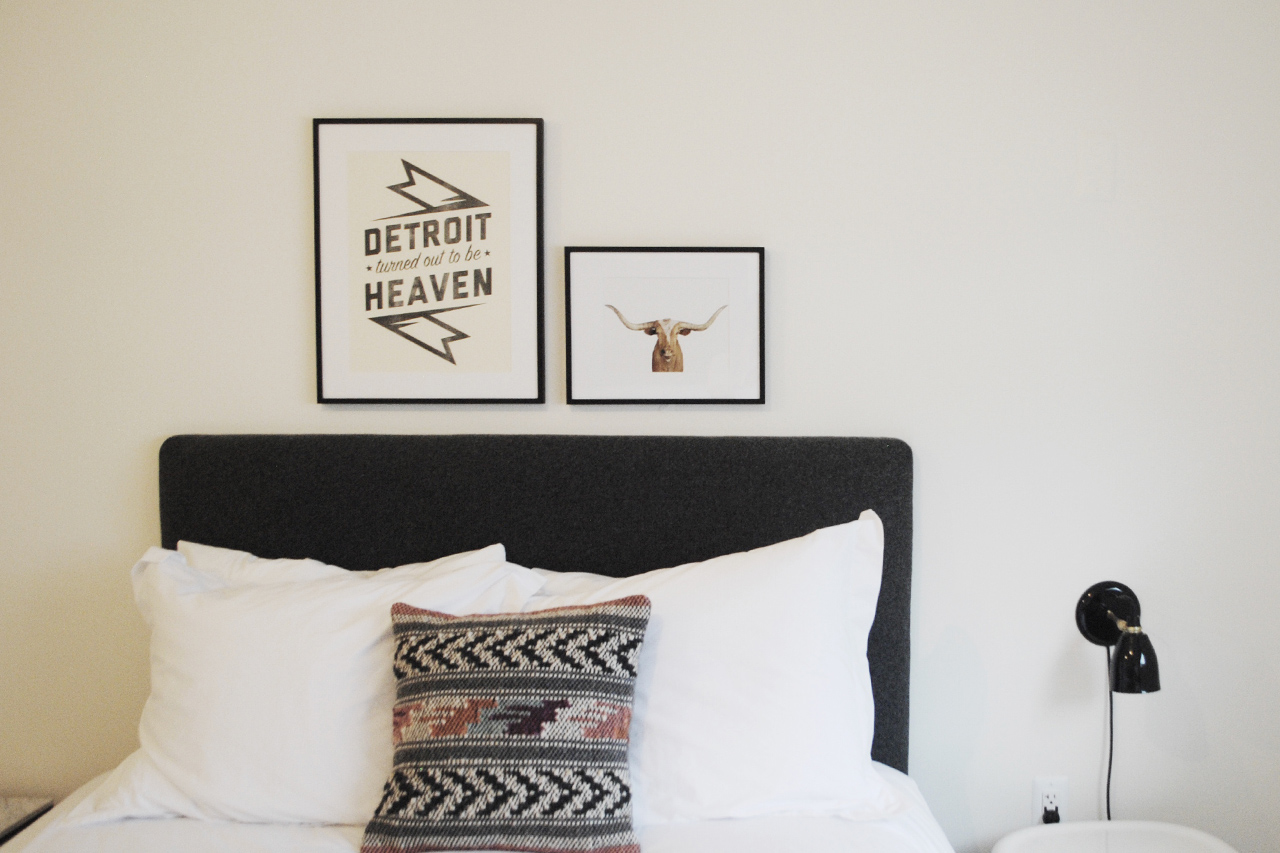 Honor & Folly – This gorgeous Corktown guesthouse, with its exposed brick, stained-glass windows and proximity to gems like brunch spot Gold Cash Gold (see below) and the abandoned Michigan Central Station, is the perfect jumping-off point to explore the city.

Takoi – Formerly known as Katoi, this eatery serves up some of the best Thai food in Detroit under a neon glow reminiscent of Bangkok streets at night. From the sticky-sweet spare ribs to the golden-yellow Khao Soi to the coconut milk ice cream, it’s almost impossible to order wrong (and it’s pronounced Tak-oy, not Tak-wa).

Gold Cash Gold – Muster your best Cash Man and head to this pawn shop-turned-brunch stop, classed up a few notches with chevron wood ceilings, pendant lamps and boozy slushie machines. Get the chicken and waffles and the Negroni slush and save your caffeine fix for Astro Coffee next door. 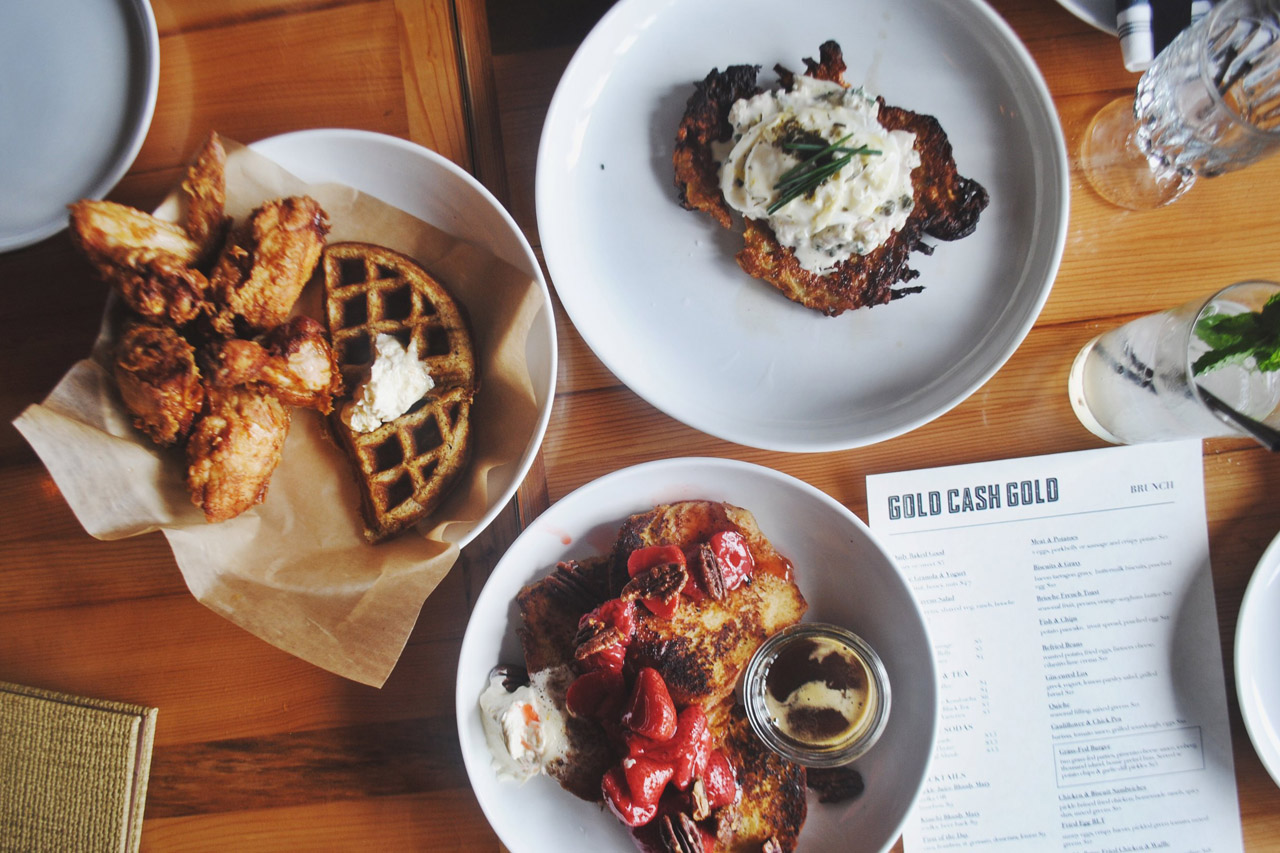 Supino Pizzeria – A cheap and cheerful pizza joint in the Eastern Market with a loyal, local clientele and a thin crust that’s been known to win over even deep-dish diehards. Don’t forget to grab a chocolate-drizzled pistachio cannoli to round out your meal. 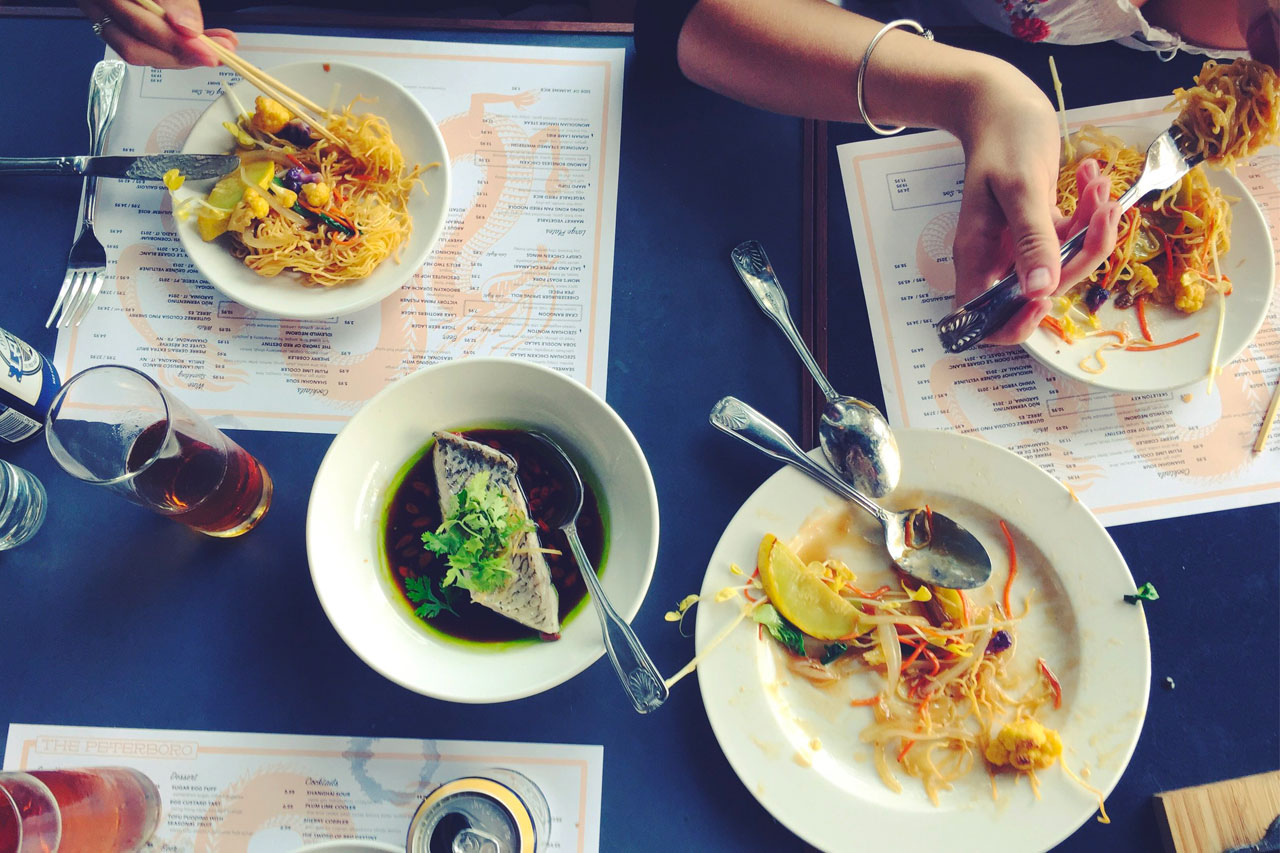 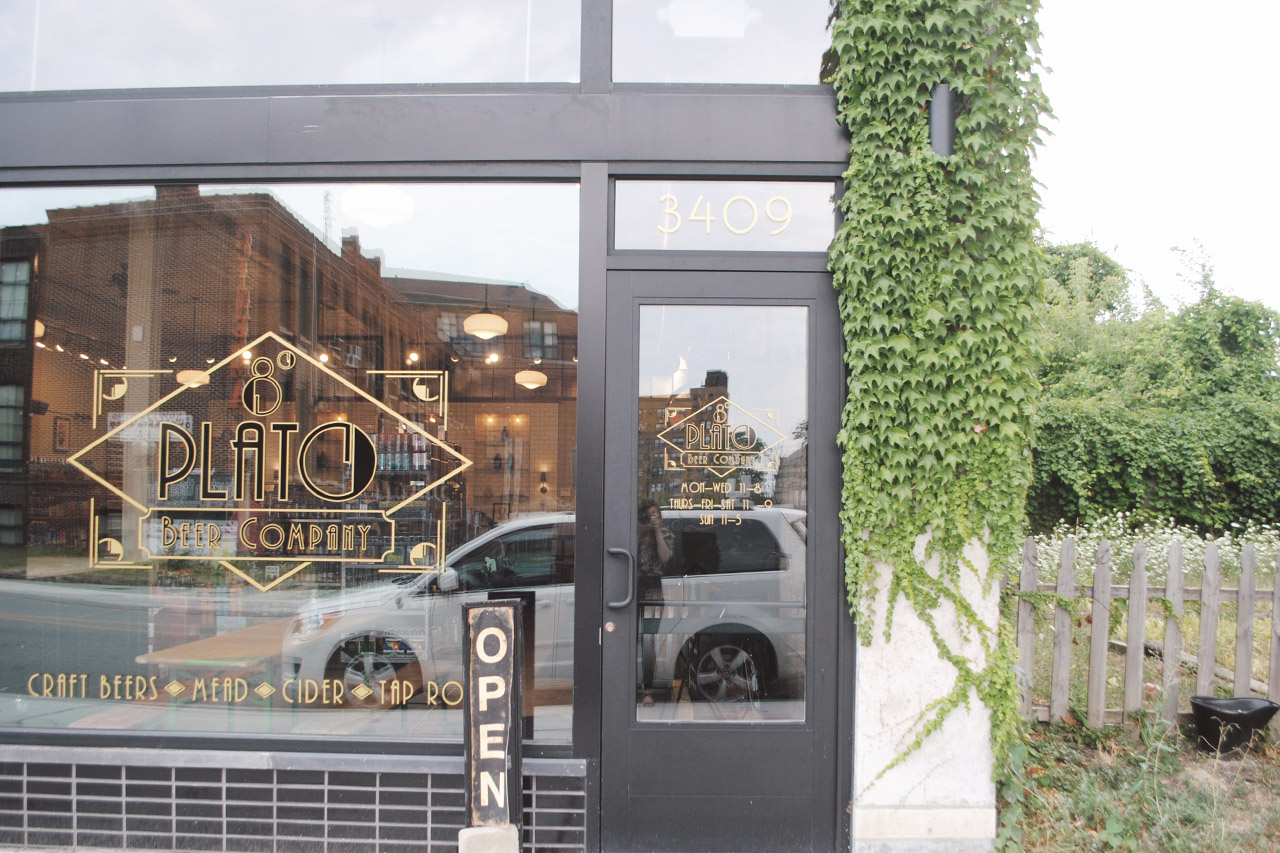 Detroit Institute of Arts – Every Friday night at the DIA, there’s live music in Rivera Court, a majestic chamber with a panoramic mural painted by Diego Rivera. Sip wine, watch duelling pianos, then wander the night away through Picassos and Van Goghs. Depending on the time of day, grab a beer or a cup of coffee in the Hogwarts-worthy indoor courtyard. 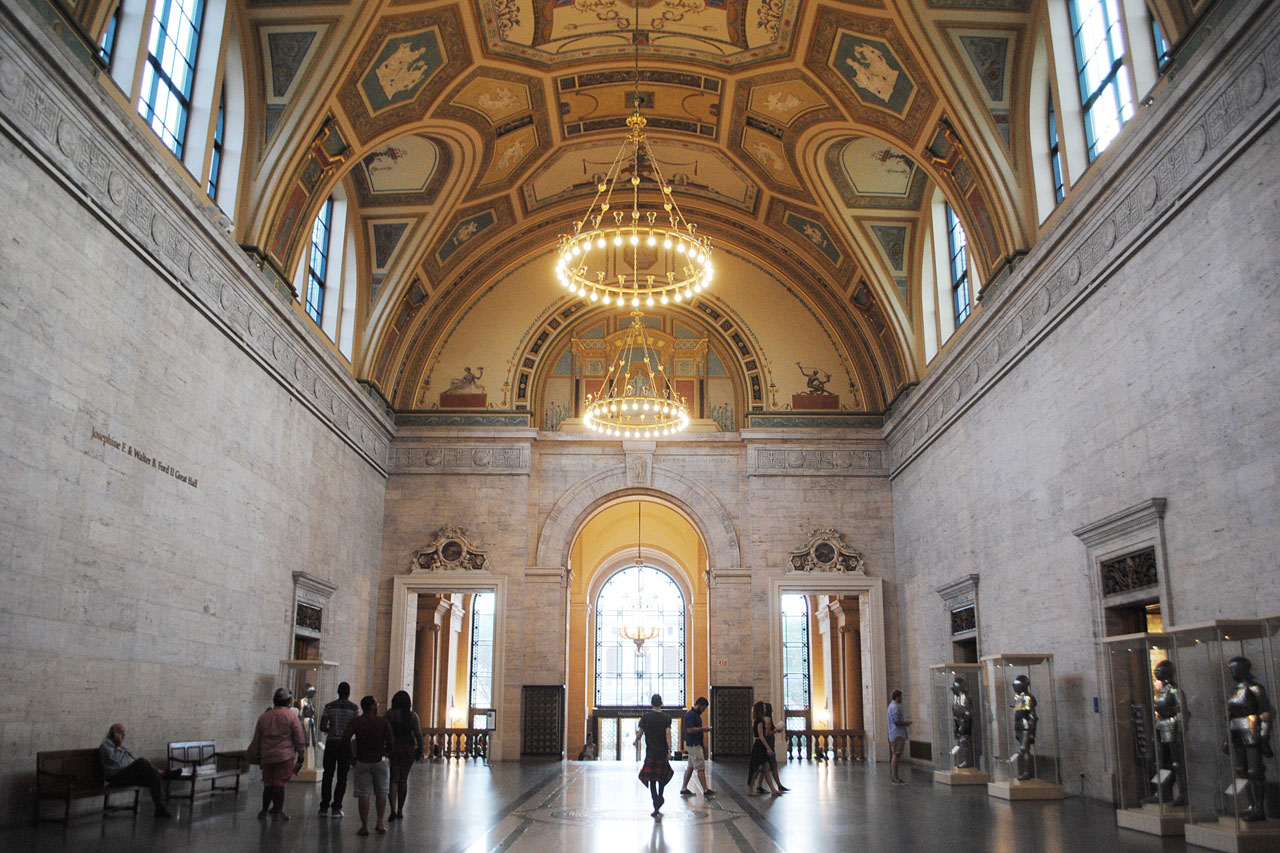 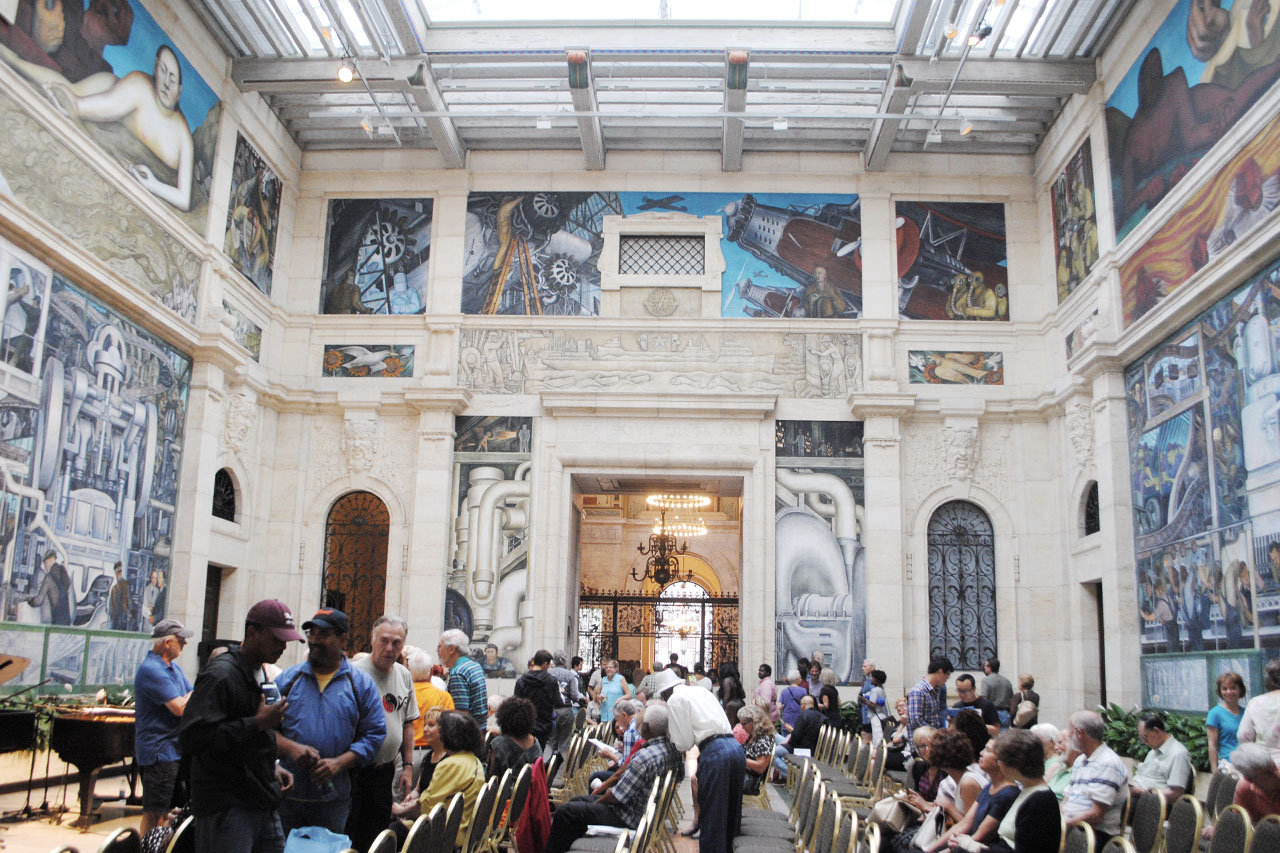 Z Lot – This 10-tiered parking lot was painted by 27 different graffiti artists from around the world, making it the perfect backdrop for a half-decade of Detroit Instagrams. There’s a street-art-lined alleyway bar called The Skip right next door where you can get spiked slushies and make new friends squeezed into one of the communal picnic tables. 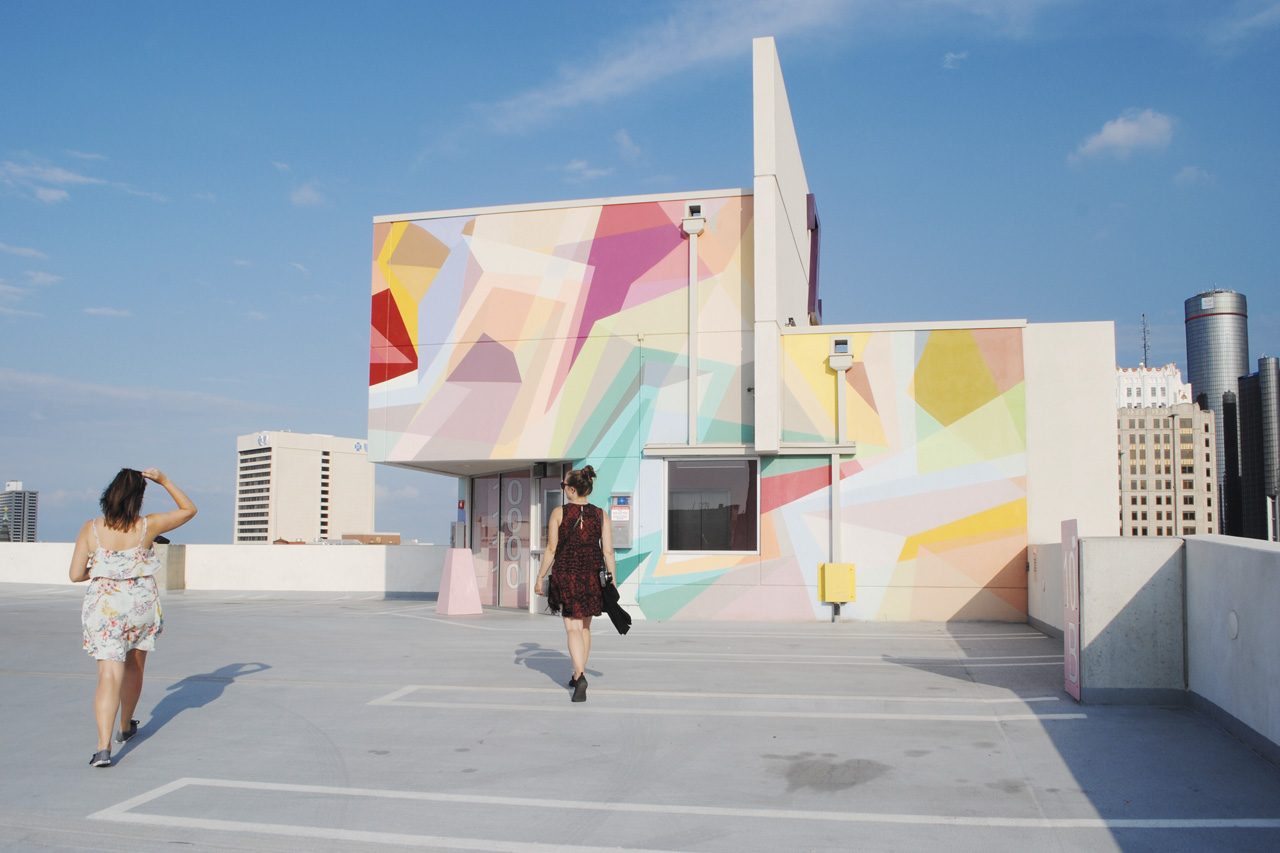 Belle Isle Park – A 982-acre island park in the Detroit River, puzzle-pieced between the U.S. and Canada. There’s a conservancy, aquarium, museum, beach and golf range, but the best thing to do in Belle Isle is just walk around (especially at sunset).

Abandoned buildings – They’re everywhere. From train stations to motels, one of the most interesting things about Detroit are its boarded-up façades.

John K. King Used & Rare Books – A book lover’s wonderland. This multi-story building feels like it’ll collapse under the weight of its estimated million(!!!) tomes any second, but it’s all part of the experience. Spend hours combing the shelves for rare editions, perfect gifts, and politically incorrect how-to books from 1953.

If you feel inspired to visit this comeback city, skip the drive and book a flight to Windsor on Porter and arrive in Detroit in less than 30 minutes.