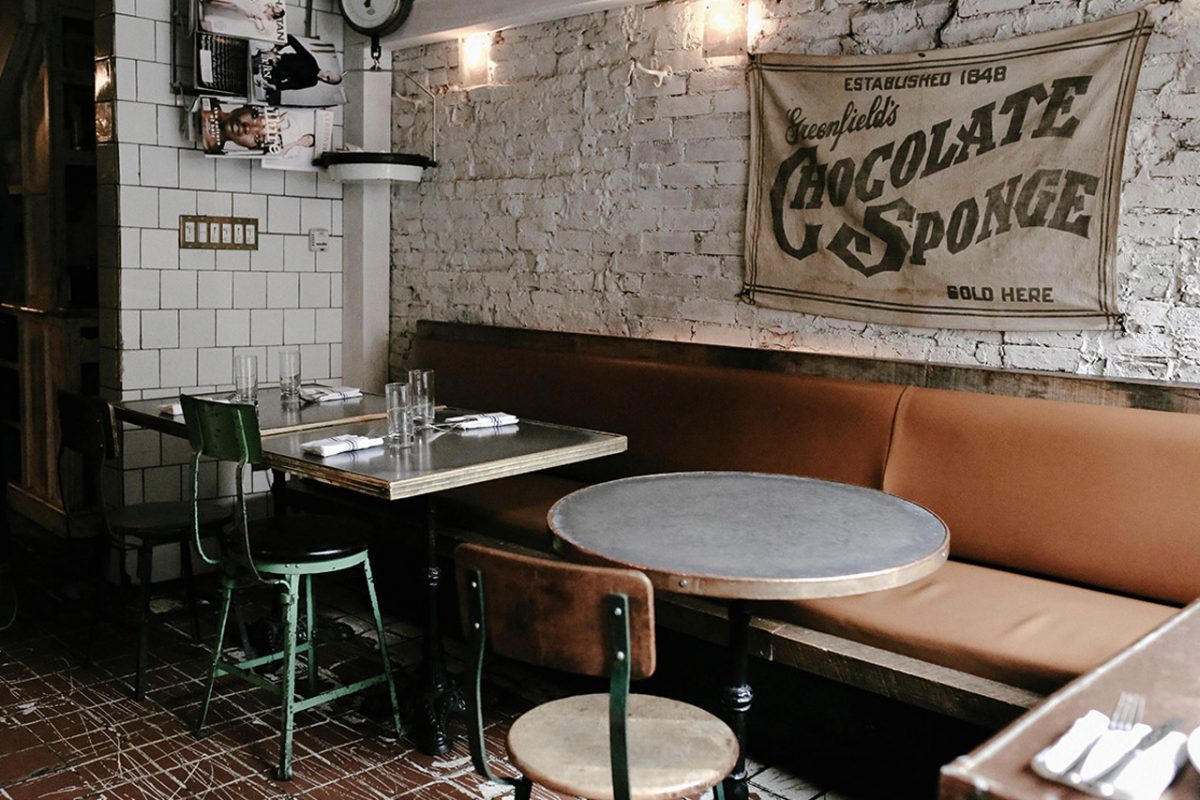 Today the neighbourhood is one of the city’s most sought-after area codes, with notable names like Justin Timberlake and Robert DeNiro calling it home – the latter who would open up Nobu restaurant and launch the Tribeca Film Festival in the neighbourhood, drawing crowds from all over the city. Cobblestone streets and cast-iron buildings lined with classic NYC fire escapes add to its visual appeal, yet despite its celebrity residents and architectural beauty, Tribeca remains one of the city’s quieter neighbourhoods.

Got a day to spare in NYC? Here’s how to get the best of Tribeca in just 24 hours.

Rest your head at Gild Hall

Just south of Tribeca is the Financial District, and tucked away in its side streets is Gild Hall, a Thompson Hotel and a total hidden gem. Private and quiet, you can rest easy at night without waking up to the constant hustle and bustle outside of your window (because it’s true what they say – this city never sleeps). The guest suites feature soaring ceilings and marble bathrooms, with iconic gold and brass decor inspired by Wall Street and leather and bone details reminiscent of an Aspen country house – a look entirely unique to the property.

Venture through the lobby and you’ll find the hotel wine bar and restaurant, Felice, an intimate Italian nook with fresh pasta, an extensive vino list and a cosy atmosphere. Unlike your typical hotel eatery, Felice is frequented just as much by locals as it is by guests. 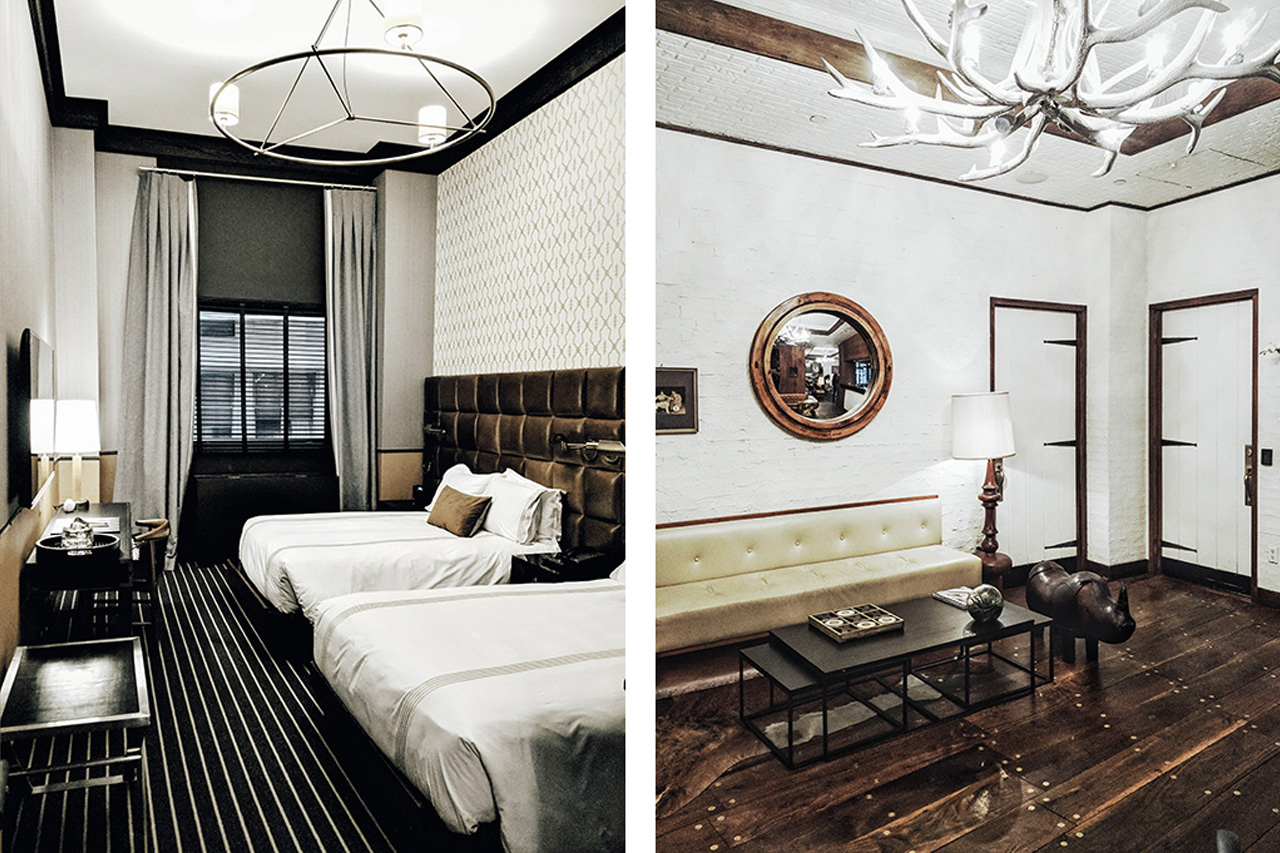 On your walk to Tribeca from the hotel, stop in to check out the rebuilt World Trade Center complex. Made up of office towers and a shopping centre/transportation hub housed inside the iconic ‘Oculus’ structure, the complex is also home to the 9/11 Memorial and Museum. While the Museum is ticketed admission, the expansive Memorial is open to the public and includes the ‘Survivor Tree,’ a pear tree that was removed from the rubble of Ground Zero and replanted as a tribute to the past and message of rebirth. 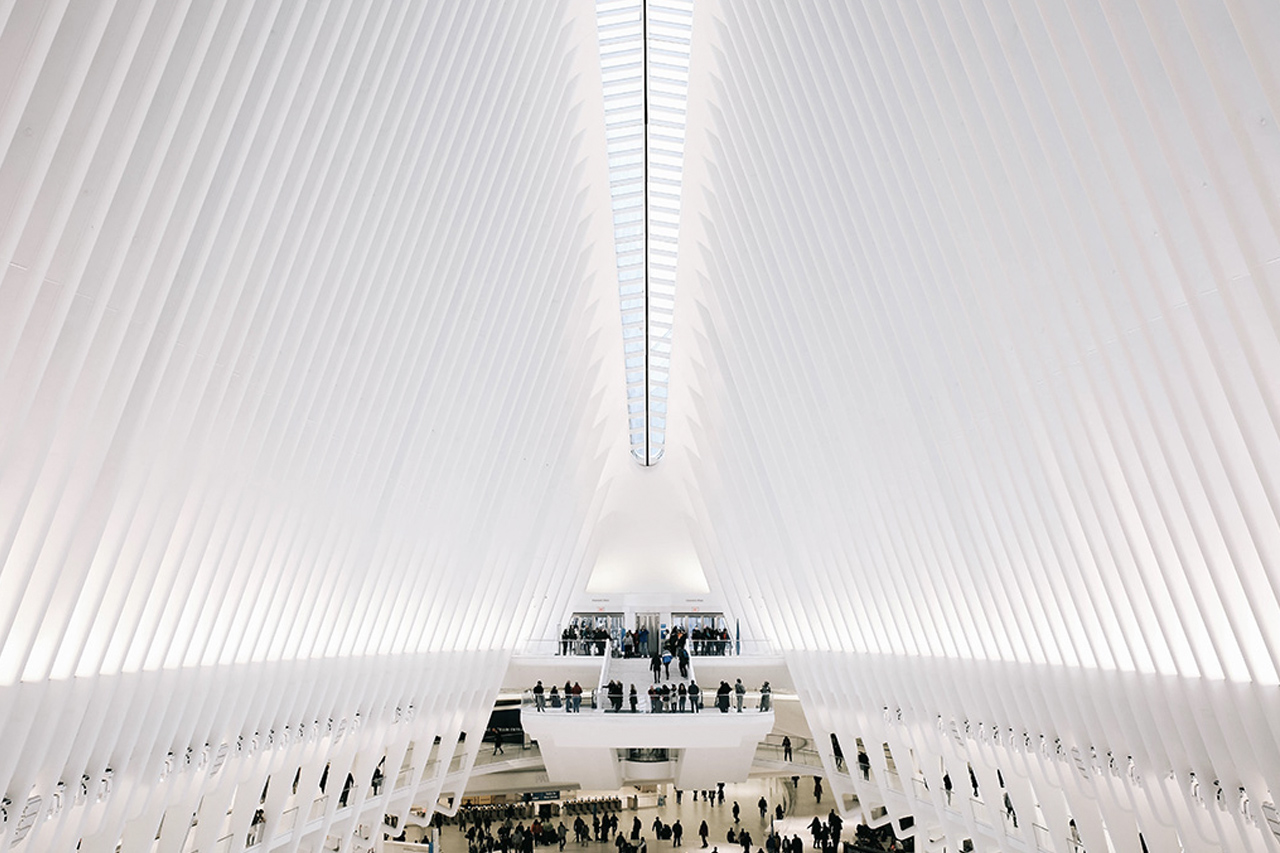 Count sheep with your coffee

There are plenty of great coffee shops in New York to grab your daily brew, but one with hundreds of fluffy sheep lining the walls? Well, that you can only find in Tribeca. Walk into the Scandinavian-inspired Kaffe 1668 and the sheep are the first thing you’ll notice – a nod to the region’s pastoral roots – along with the classic Scandinavian design and the familiar hum of espresso machines. Grab a coffee to go (a very good coffee, at that), or pull up a bench at the family-style tables and sit down to caffeinate with a healthy snack, like Kaffe’s house-made chia puddings or acai bowls. 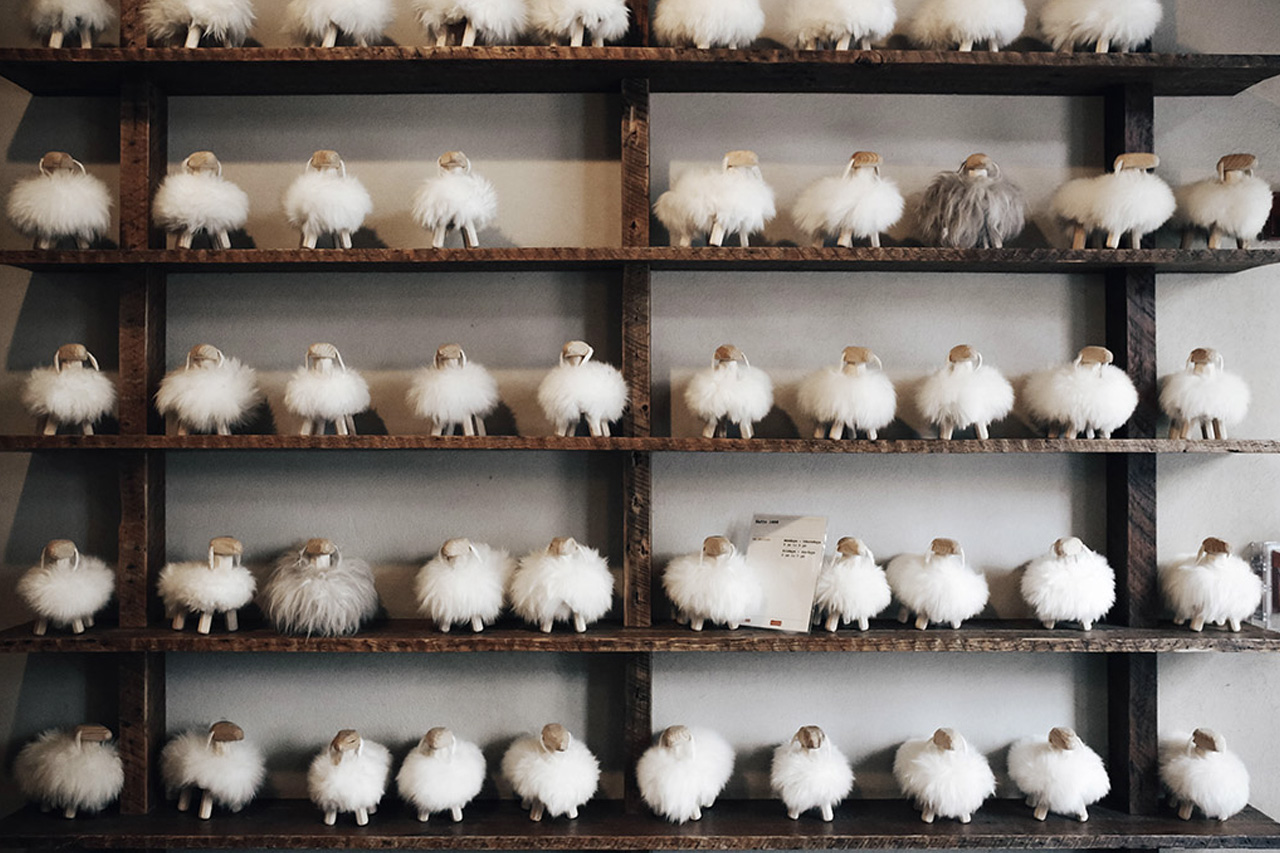 Grab brunch in a historic townhouse

Smack dab in the middle of W. Broadway’s industrial lofts sits a wee brick townhouse, painted pink, with a sign hanging outside with ‘The Bar Upstairs.’ Behind its doors, you’ll find Tiny’s, a cosy neighbourhood eatery that serves up local market fare and (you guessed it) a bar upstairs. Housed in a building dating back to 1810, the owners of Tiny’s have retained details of its past with copper tabletops and original tin ceilings, the perfect spot for a hearty brunch of ‘Drunken Doughnuts’ covered in whiskey caramel, and buttermilk pancakes topped with cinnamon whipped cream. 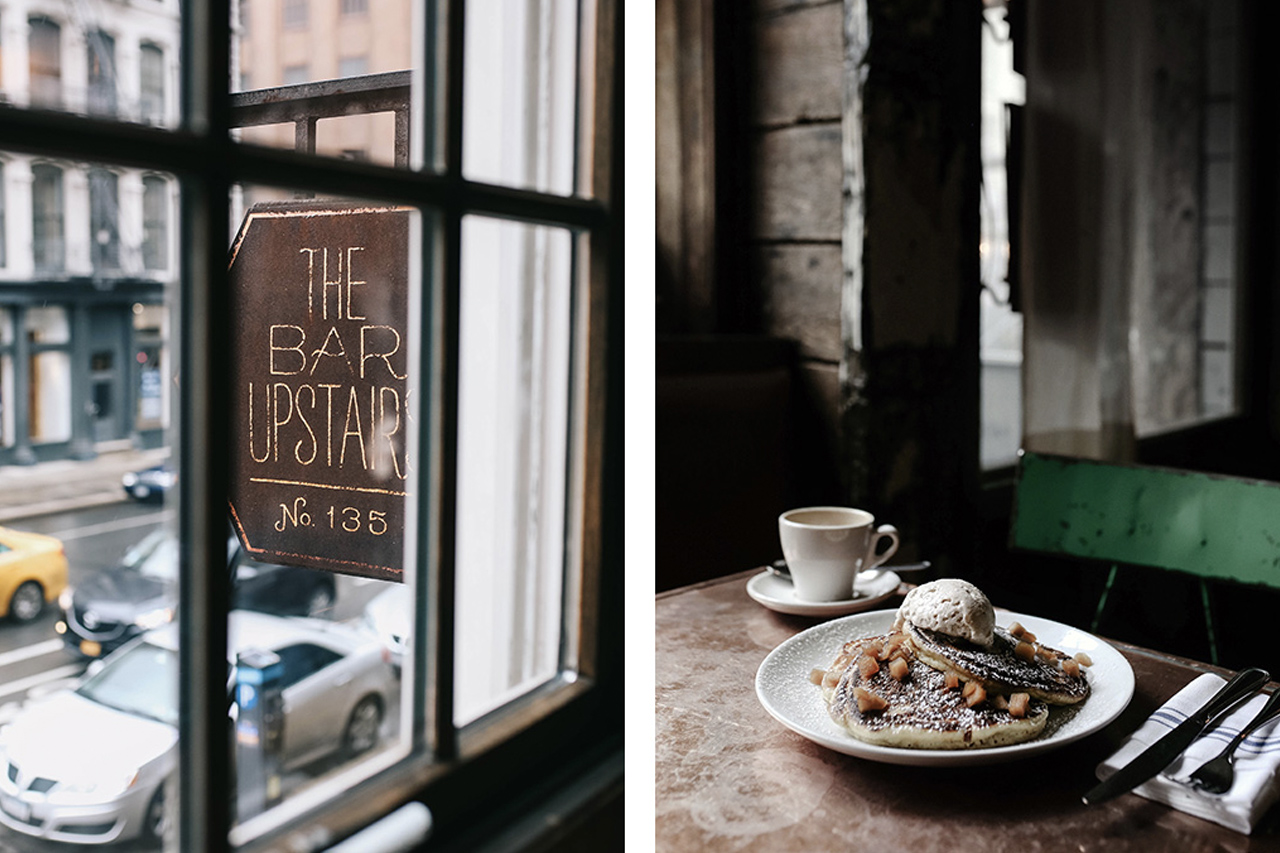 Tribeca is a great neighbourhood to escape the bustling tourist centres of Manhattan, get some shopping done at its trendy boutiques, and snap an iconic New York photo in its quieter streets. Look up and you’ll see lofty architecture and cast-iron buildings that used to house the city’s brightest artists – look down and you’ll find cobblestone streets that preserve the neighbourhood’s past. 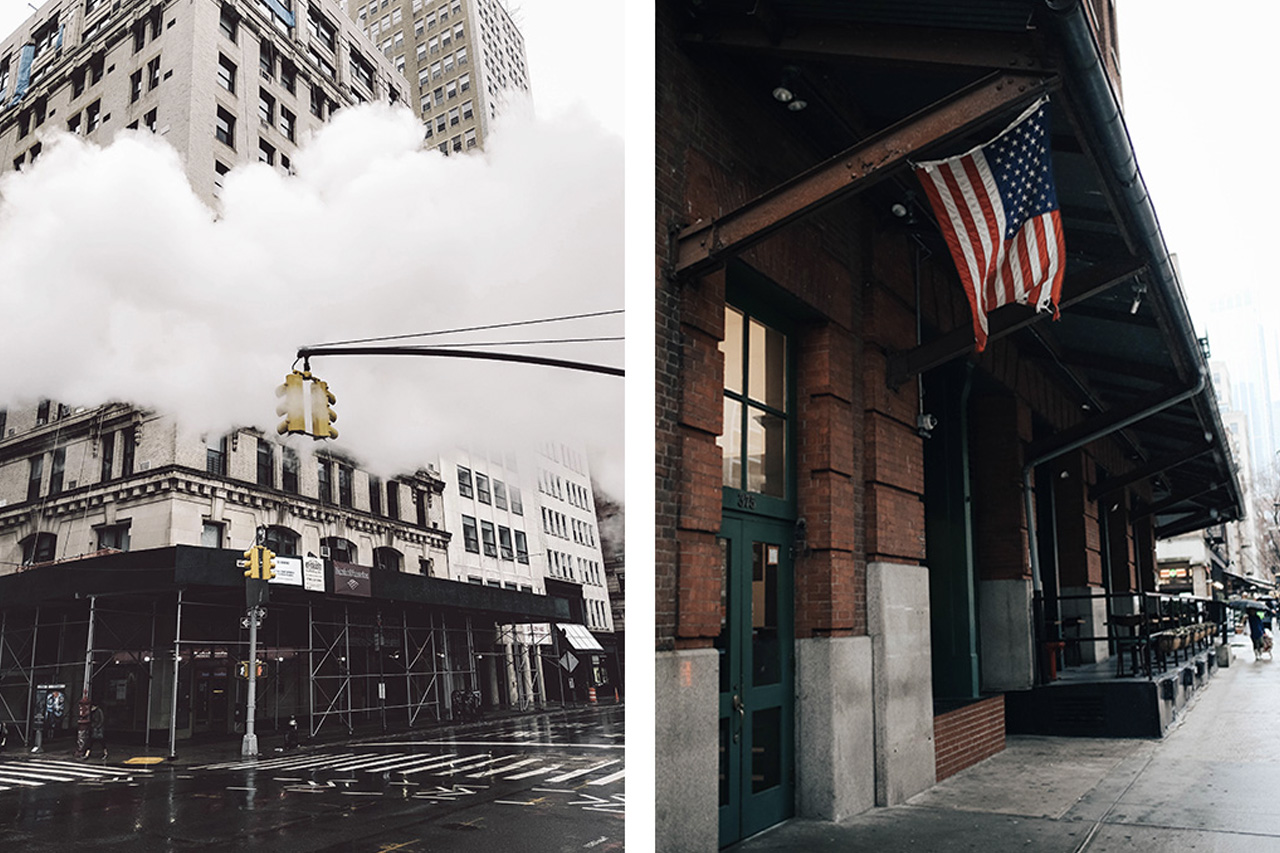 Grab a drink with the locals at Smith & Mills

Tucked away behind two heavy wooden doors on N. Moore St., sits the humble Smith & Mills, a bar marked only by a symbol outside on its awning – a hidden gem that you’d walk straight past unless you’re a local. With only five tables and a bar for six inside, the space is undeniably intimate, giving you the perfect opportunity to chat with the area’s residents or banter with the bartender as he whips you up their famed Dark ‘n’ Stormy, using fresh muddled ginger for a cocktail that bites back. 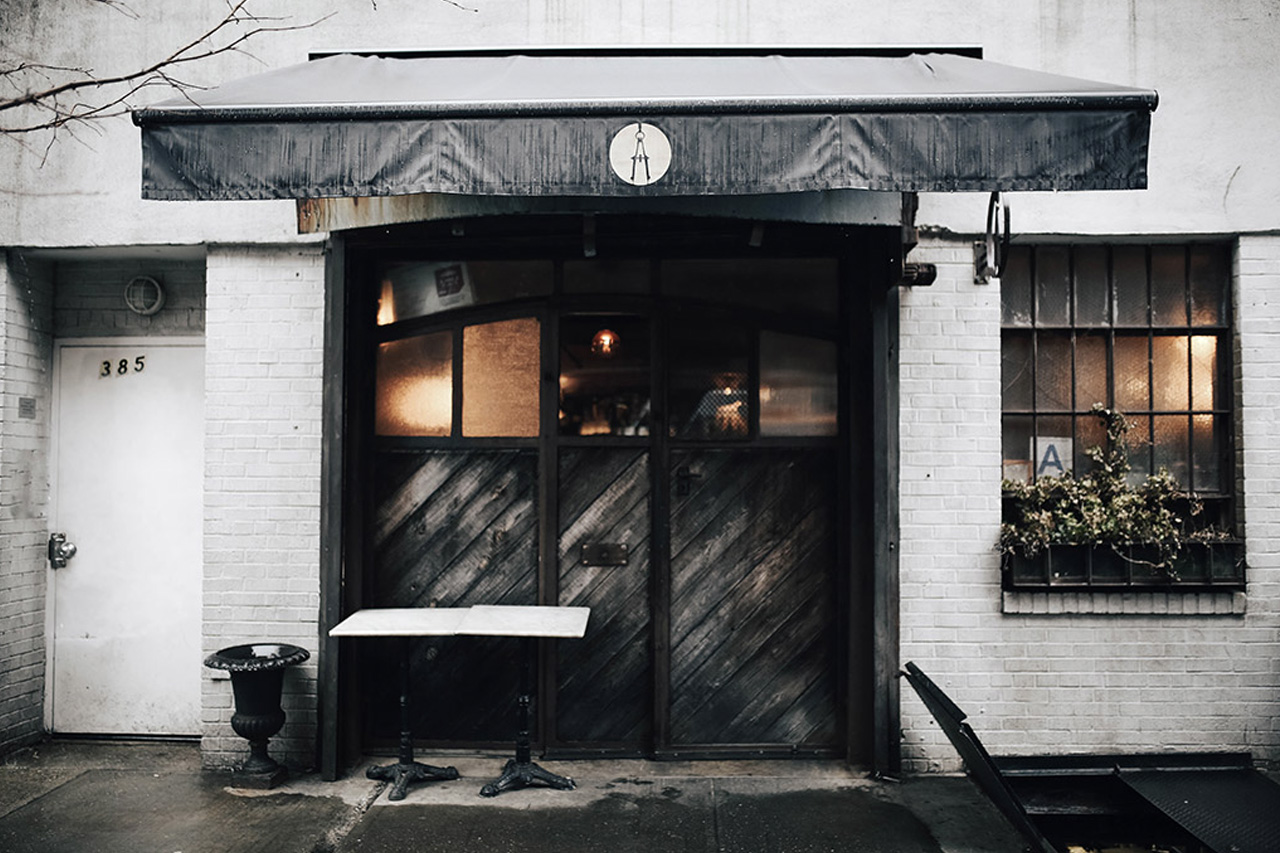 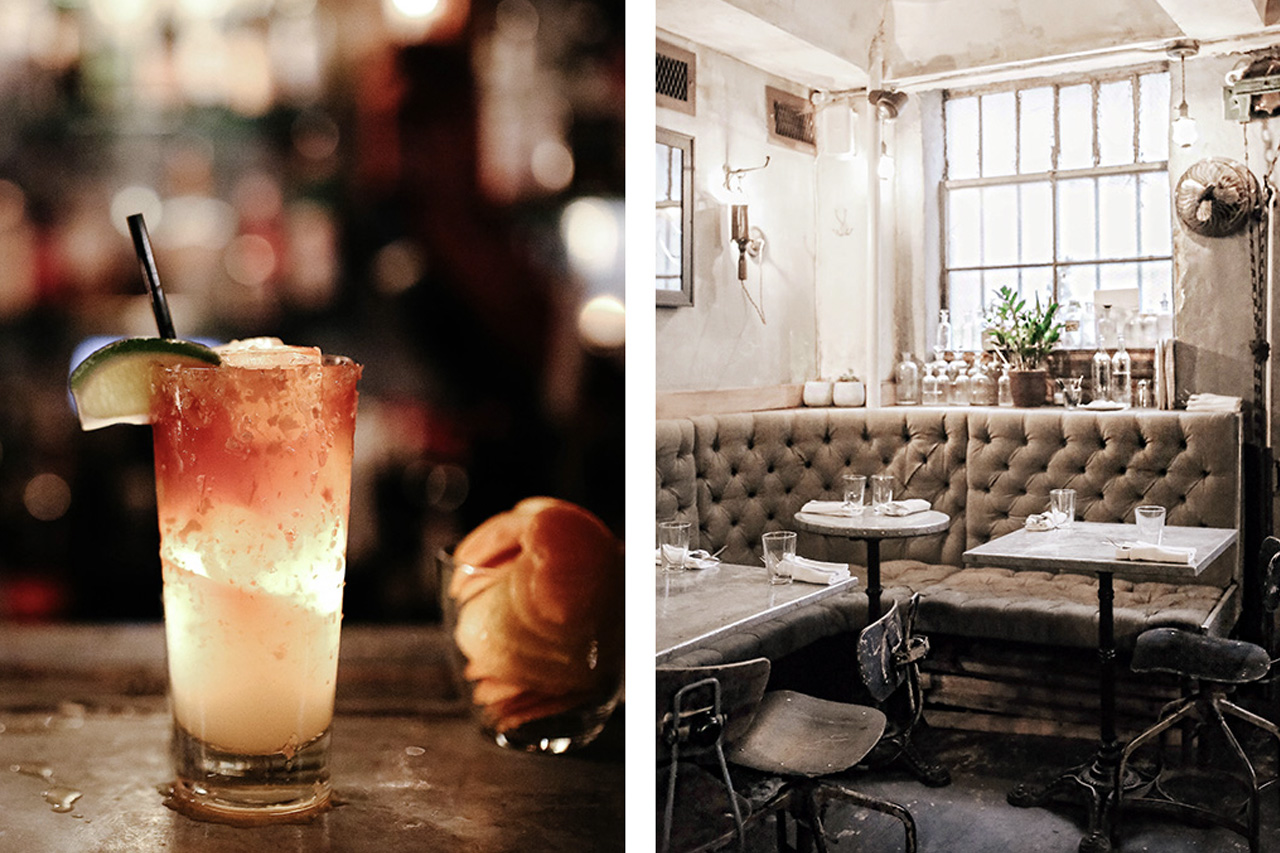 Late night eats at the Odeon

This classic New York eatery, made famous by the novel Bright Lights, Big City, has been a Tribeca staple since 1980, long before the neighbourhood became one of the city’s most sought-after spots. A historic favourite amongst artists like Basquiat and Warhol, The Odeon was the spot for artists and actors in the ‘80s, and is still known for its late-night eats, including an all-day breakfast menu. White tablecloths, bistro chairs and a menu made up of American classics preserve The Odeon’s storied past, so pull up a chair, order a plate of steak frites, and spend the wee hours of the night people-watching. 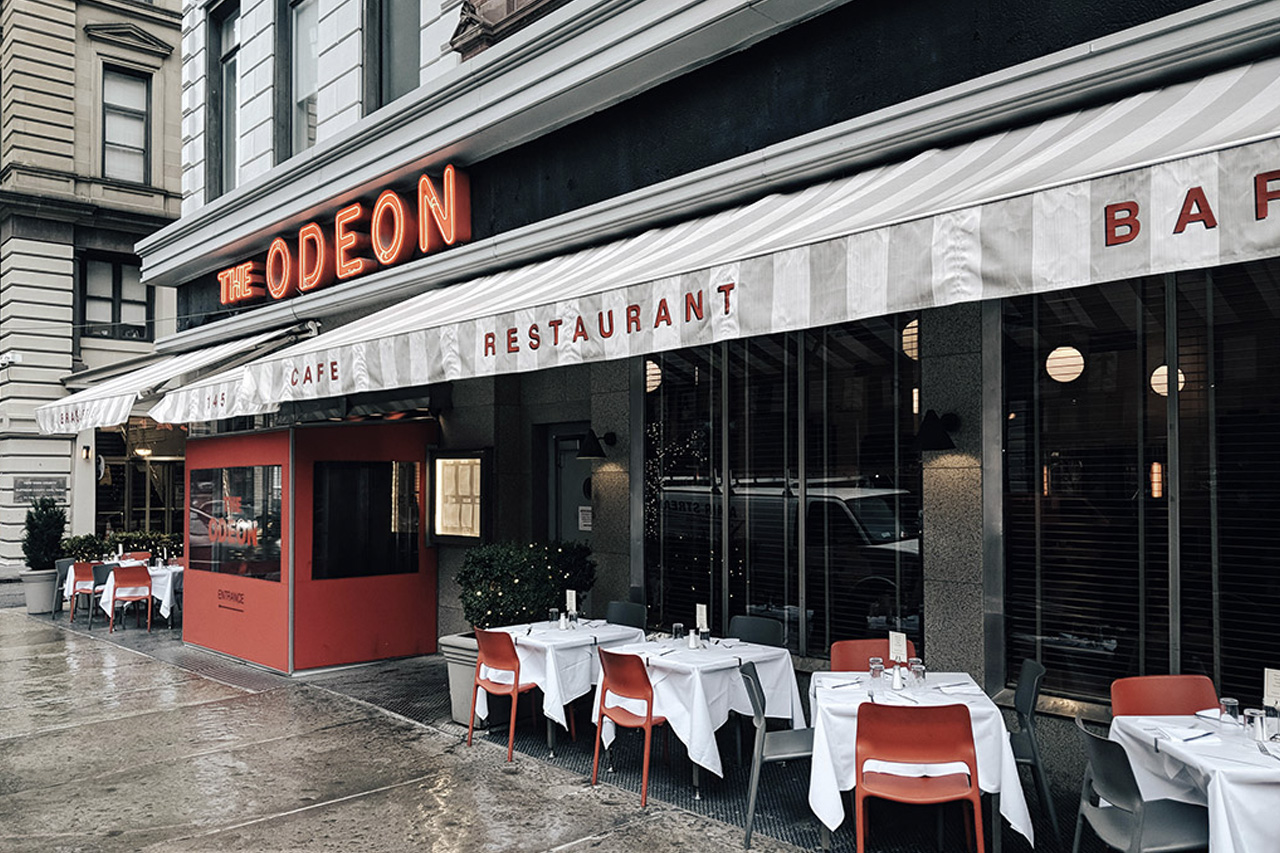