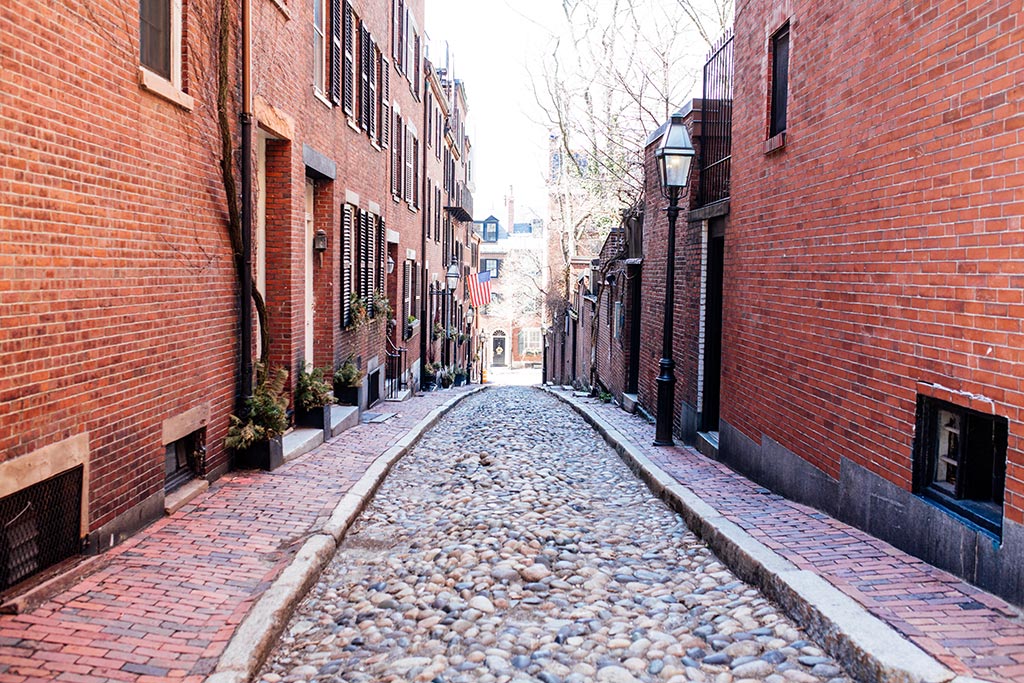 Growing up on the east coast of Canada, driving down the Atlantic Coast through New England was not an uncommon adventure in my family. With pit stops along the way, including an array of quaint towns in Maine and New Hampshire, I always looked forward to the final stop at Boston.

There is something so inclusive about Boston that makes you feel a part of the spirit as soon as you step off the plane or in my case growing up, the car. Whether it is the excitement amongst the locals after a recent win by the Bruins, Red Sox, Patriots or Celtics (could this city be any more stocked with sport teams?) or the feeling that anything is possible after visiting Harvard University or the MIT campus across the river in Cambridge, Boston always leaves me with an excitement that is difficult to replicate in other cities. 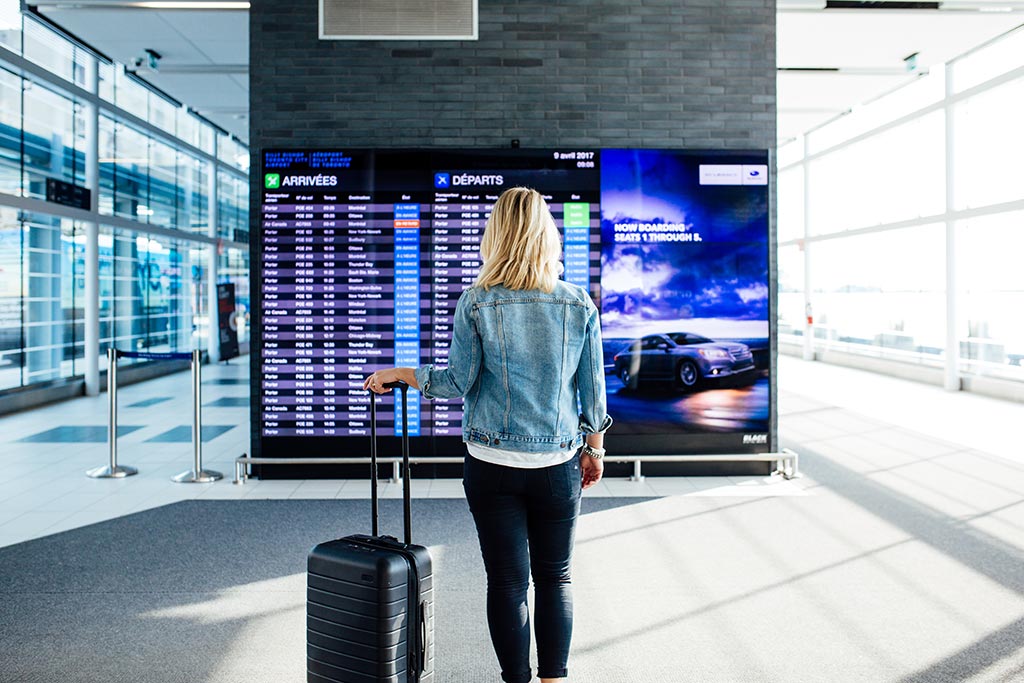 I recently packed my bags and was off to visit Boston once again with Porter Airlines. Although it had been a few years since my last trip, I knew within a few short moments after arriving that something was different than my prior visits. As I drove from the Logan Airport to the Bostonian Hotel downtown, I noticed billboards of encouraging messages (reading ‘Boston Strong’) and many locals walking the streets with T-shirts that supported unity. Sometimes when we get busy in the hustle and bustle of our own lives, we can forget important dates and moments of history. 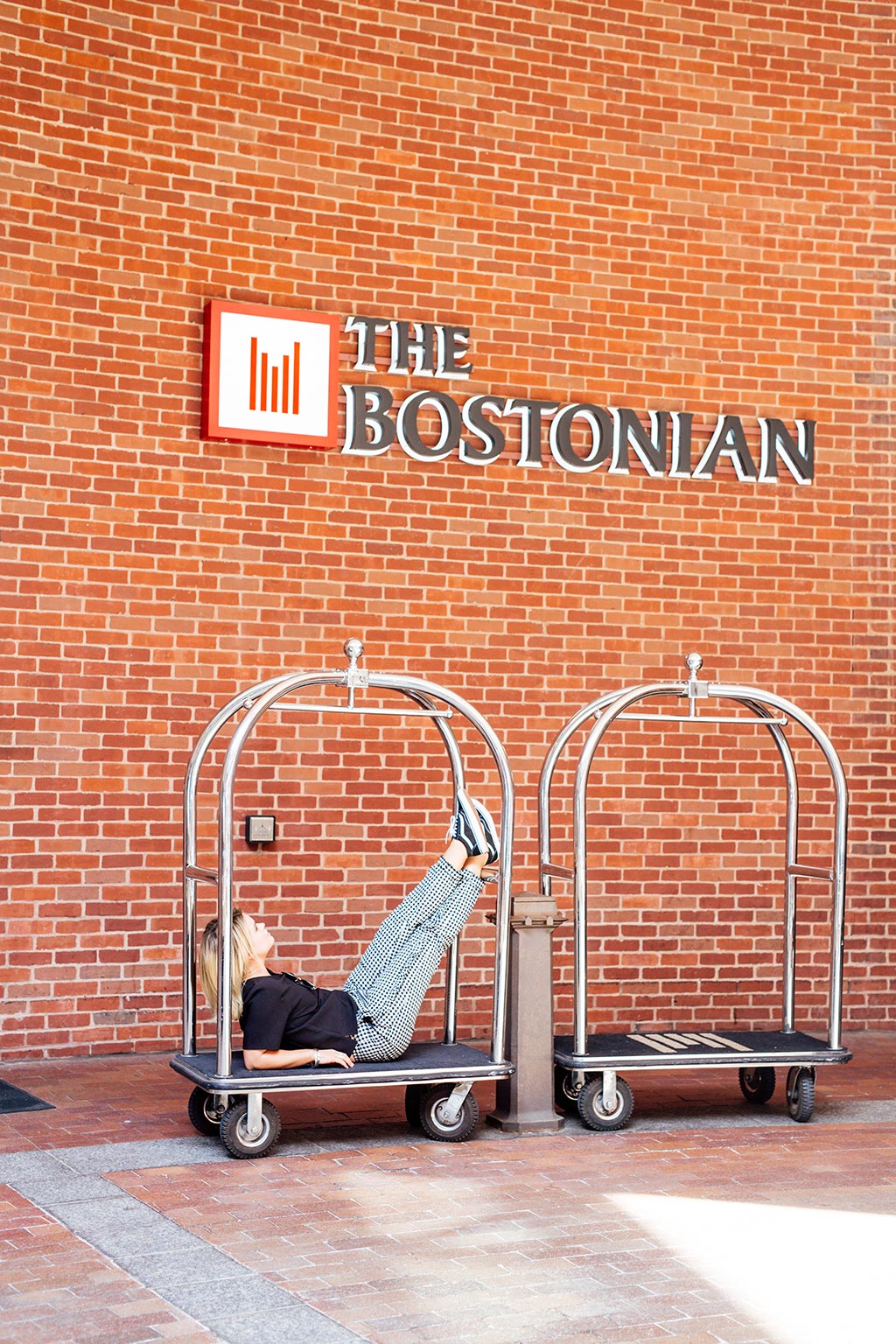 As I was unpacking my belongings at the beautiful and picturesque Bostonian Hotel, which is conveniently located in the centre of the city and situated across the street from the Quincy Market and Faneuil Hall Marketplace, it finally hit me … the Boston Marathon was just days away. It was obvious only after minutes of arriving in Boston that this city was strong and united.

Immediately, I felt an excitement come over me to be in a city that was supporting one another during this historical anniversary that I immediately decided to venture out to explore.

Upon exiting the main door of the Bostonian Hotel, I made my way to Quincy Market to pick up a New England favourite, a lobster roll. Although I had my mind set on fresh seafood, the endless choices at the market made it difficult to choose just one single food stand. 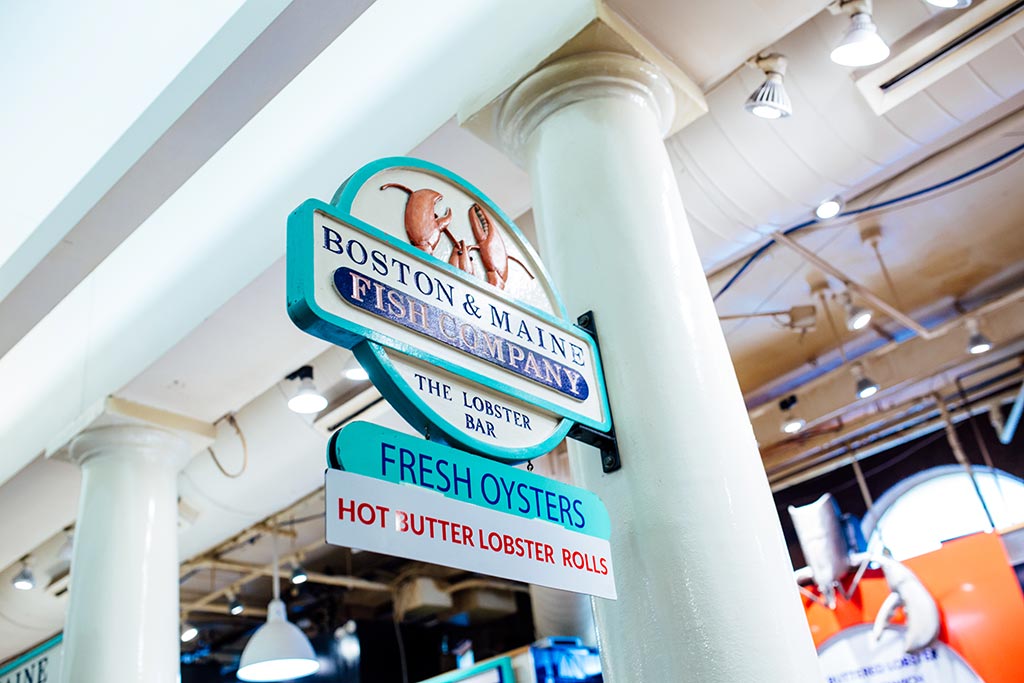 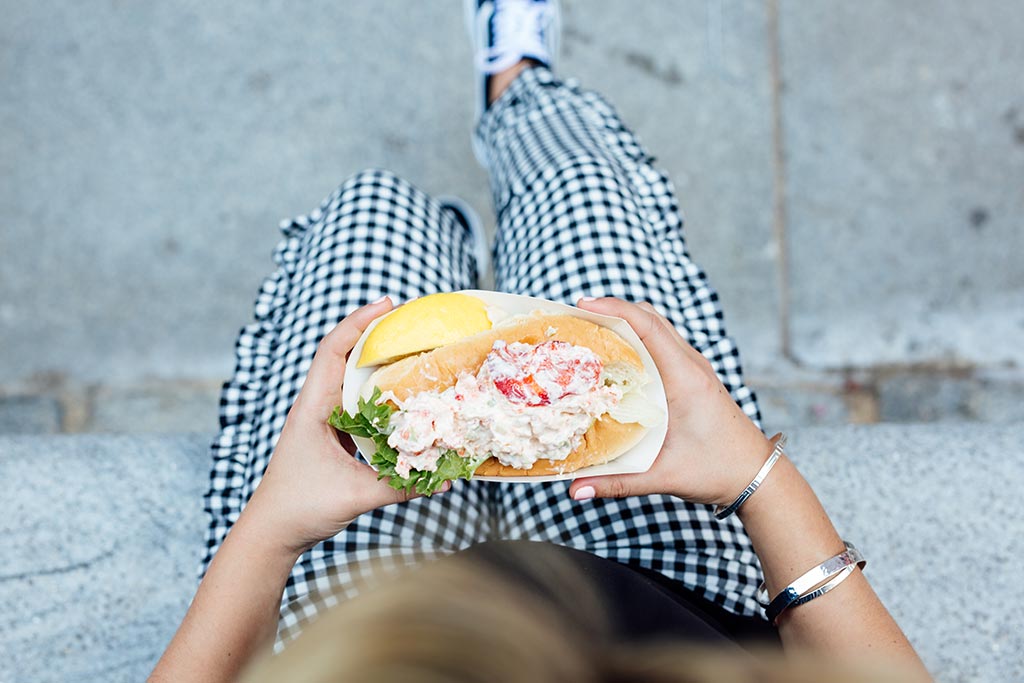 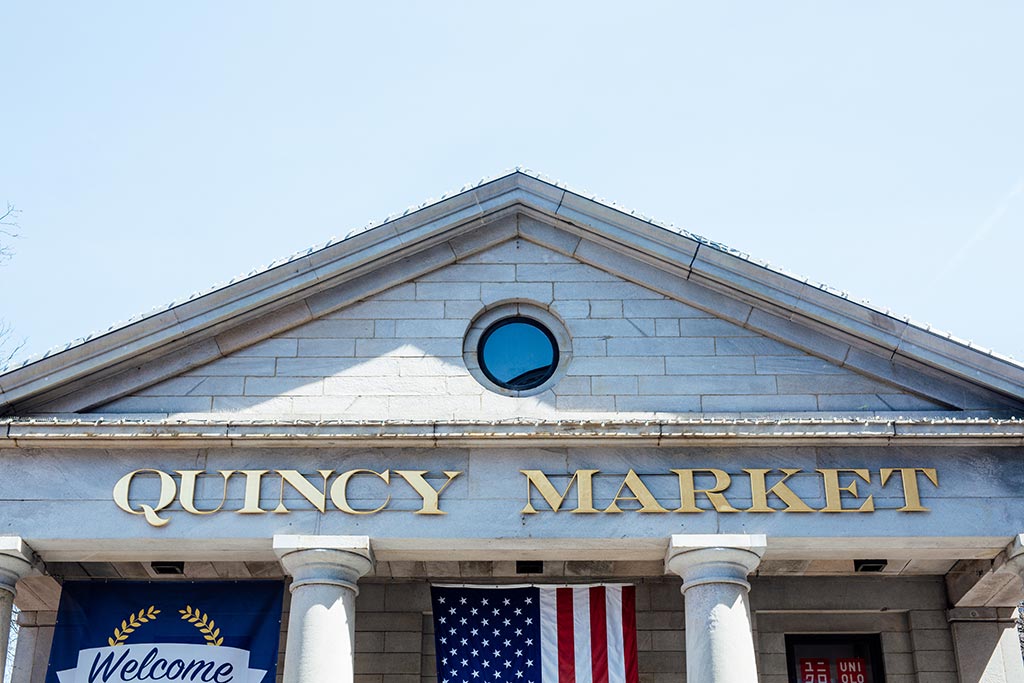 I withheld trying a few different options (although it was tempting) and decided to cater to my sweet tooth instead by picking up a cannoli from the famous Mike’s Pastry bakery in the North End. Once again, I was presented with endless choices and flavours to choose from, including my two chosen flavours, strawberry, and pistachio. 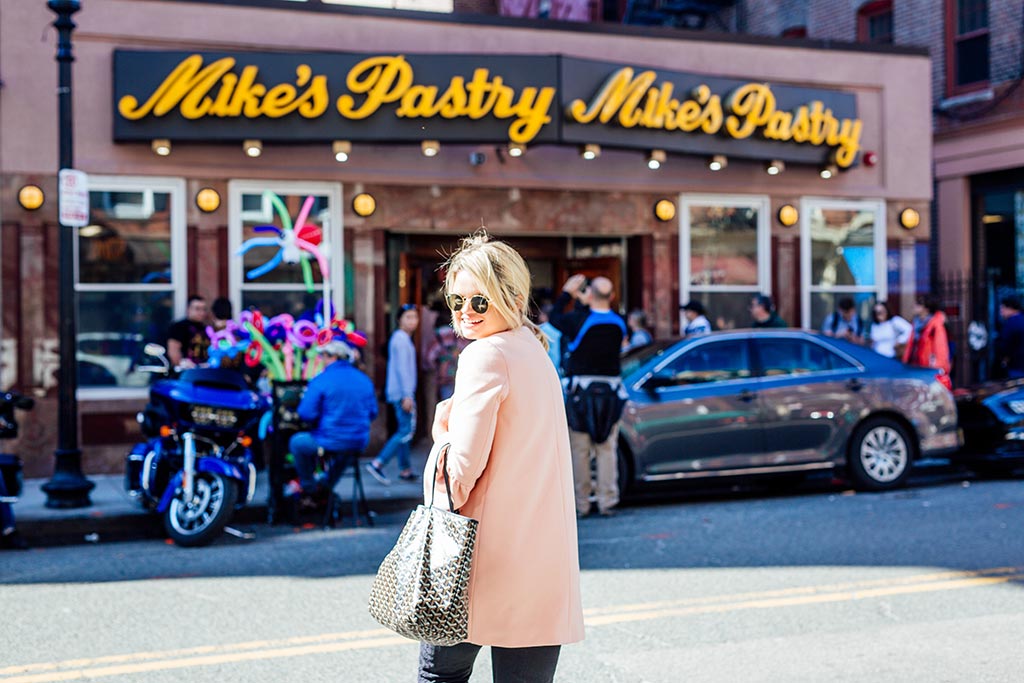 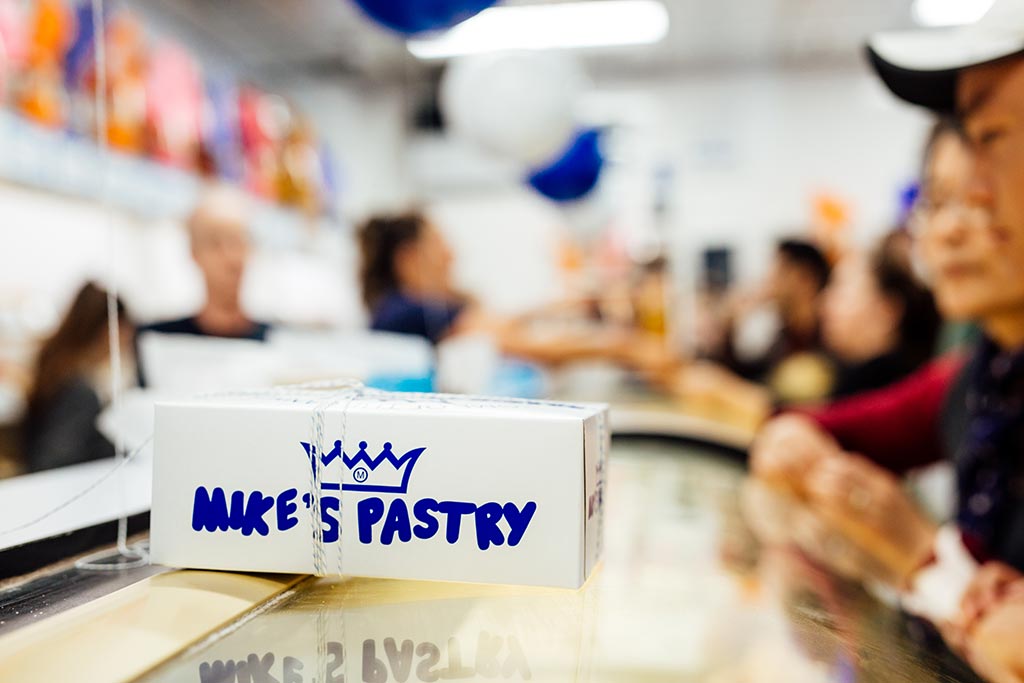 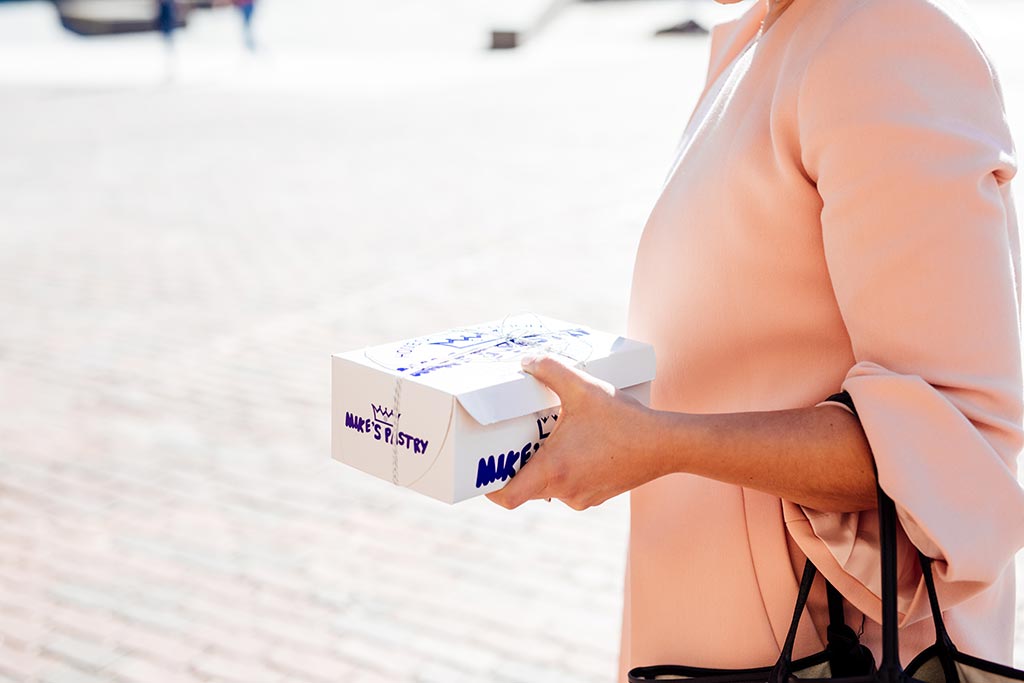 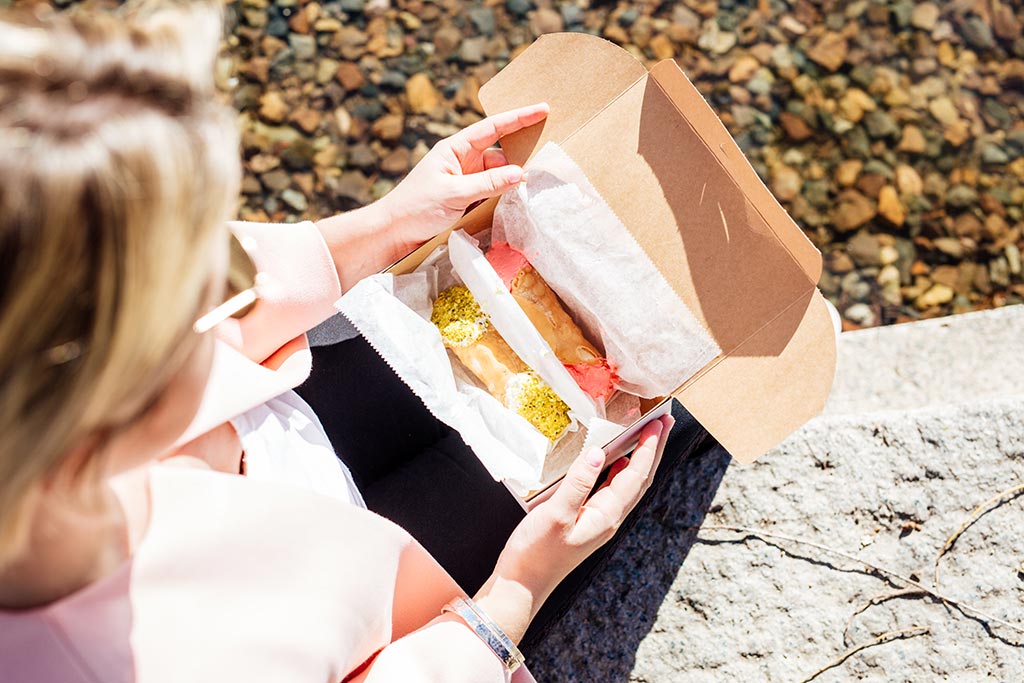 Although I could have chowed down on the cannoli’s in the North End, I decided to walk to the beautiful Boston Common (with my cannoli box in tow) to find the perfect setting to enjoy this treat. If you have never been to Boston before, don’t worry, you can’t miss this sprawling landmark situated in the heart of the city. 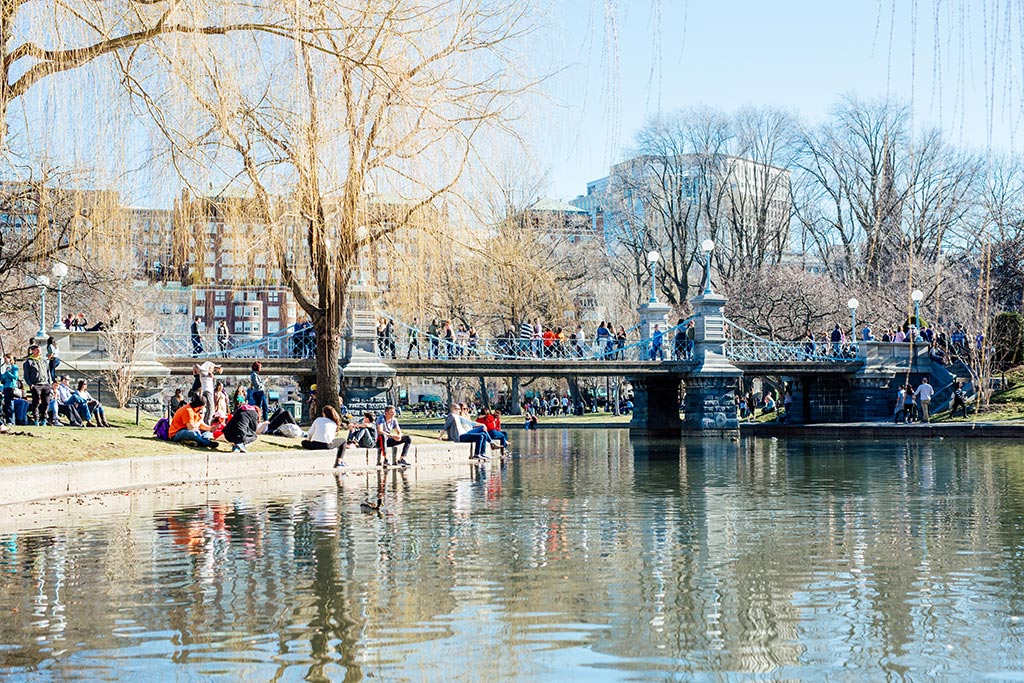 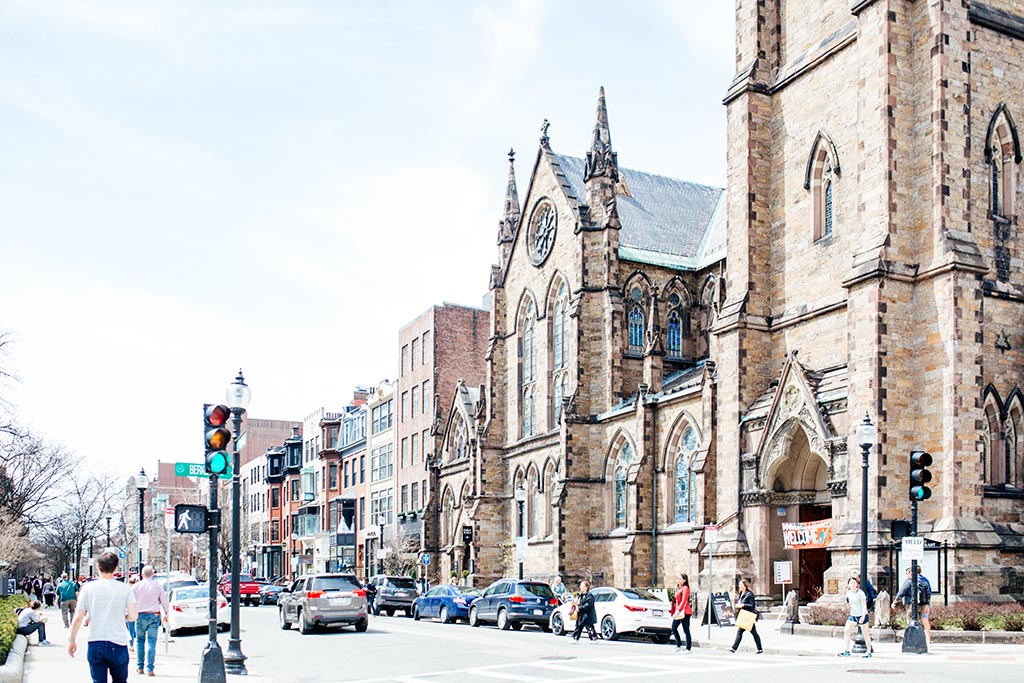 With so many beautiful benches and greenery to choose from, I was determined to continue to walk through the park to find a place by the main lake to enjoy my pastries.

Due to having dinner reservations in just a few hours, I knew it was the perfect time to explore the city further and work up another appetite. 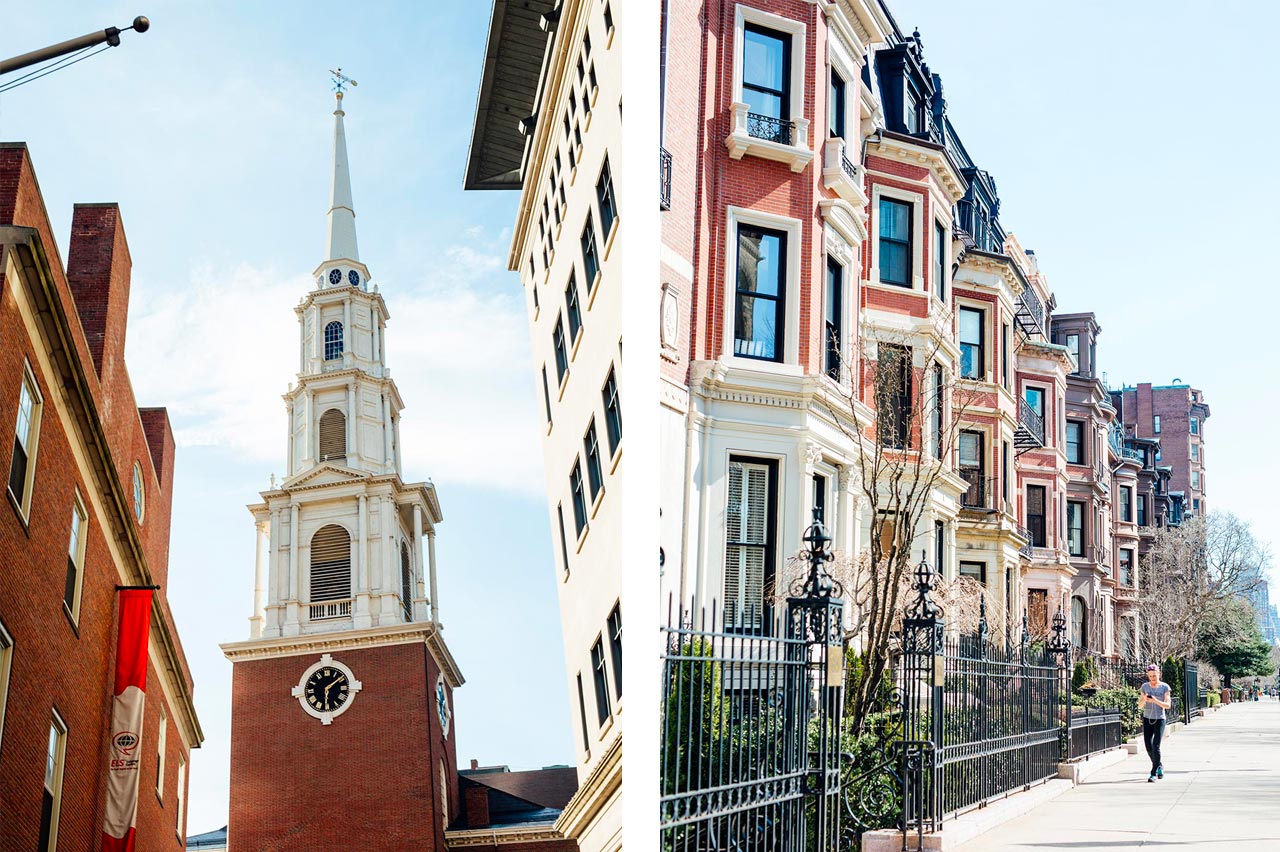 One of the most beautiful areas of Boston is the breathtaking waterfront and boardwalk lining Boston Harbour. Being from the east coast, there is nothing more refreshing than sitting down by the water and breathing in the salty air. 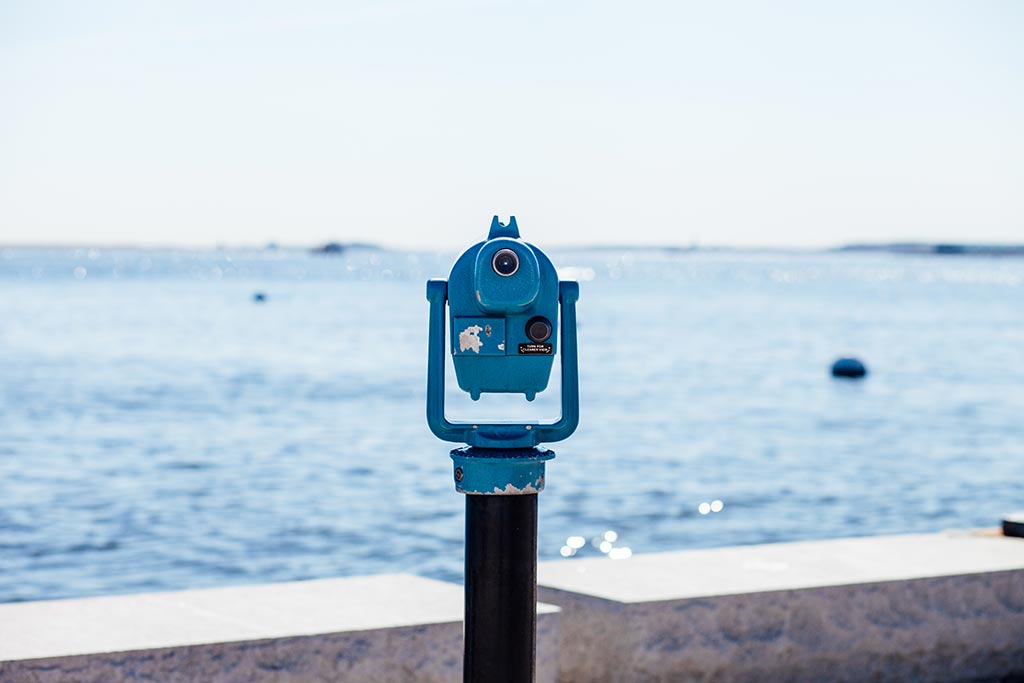 After a little down time by the water, I was ready to make my way to dinner at Saltie Girl Boston and indulge once again in an array of different seafood options. Saltie Girl is known for its endless options of oysters and fun cocktails, so of course, being the tourist I was, I opted for both. It felt like the natural progression to enjoy a meal filled with local fresh fish, delicious garnishes and refreshing drinks following an afternoon on the boardwalk. 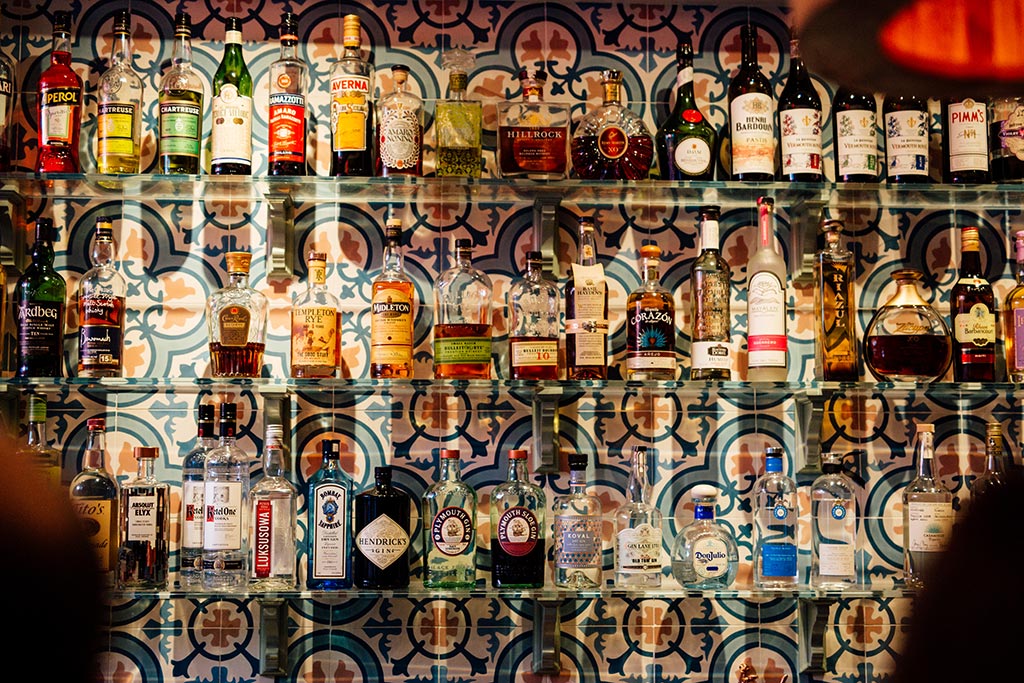 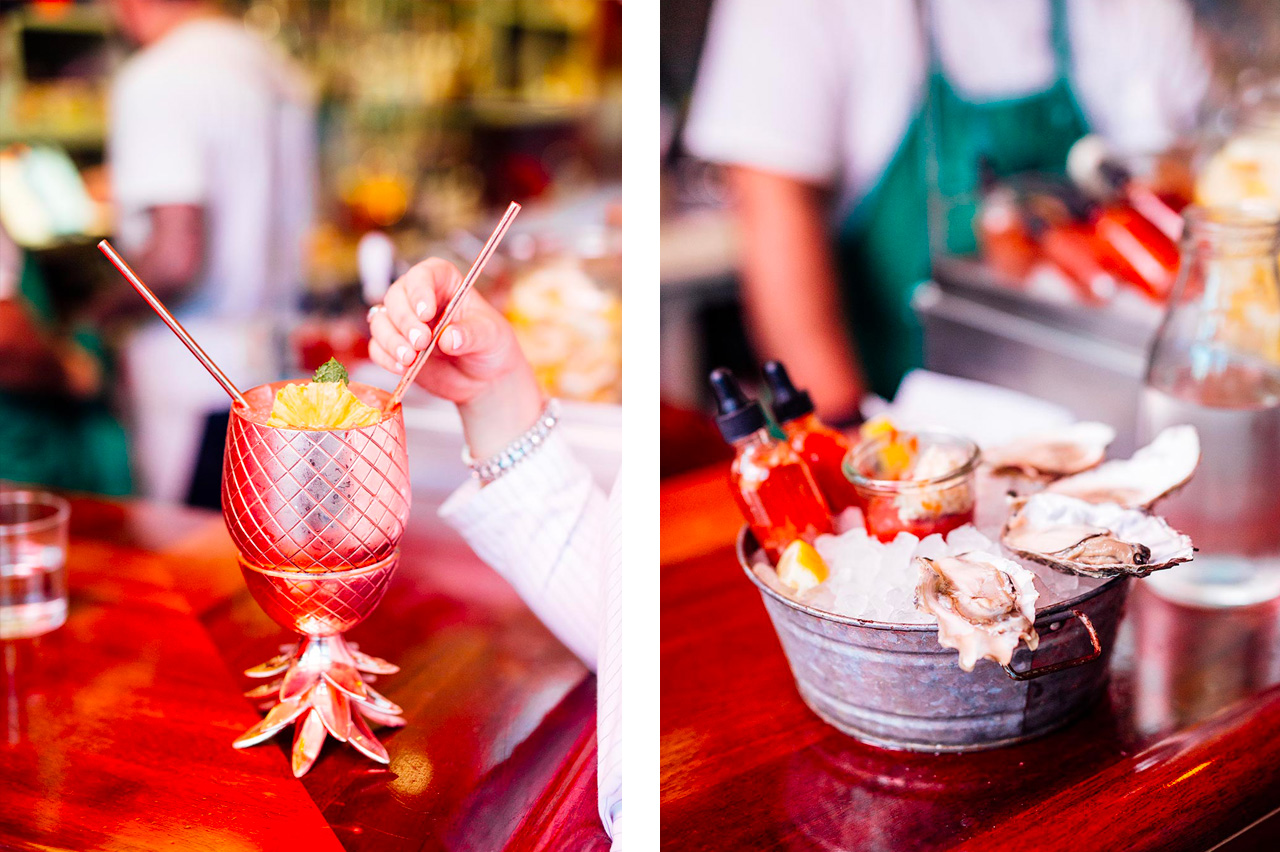 I woke up early the following day feeling energized for the day ahead. I can’t visit Boston without exploring the cobblestone streets lined with breathtaking brownstone townhouses in Beacon Hill. On my way to breakfast at Tatte Bakery, I stopped by the notorious Acorn Street for a photo op. Following a morning exploring the adorable cafés and shops of Beacon Hill, I made my way to Newbury Street to continue my shopping experience while also popping into Blackbird Doughnuts for an extra surge of energy. 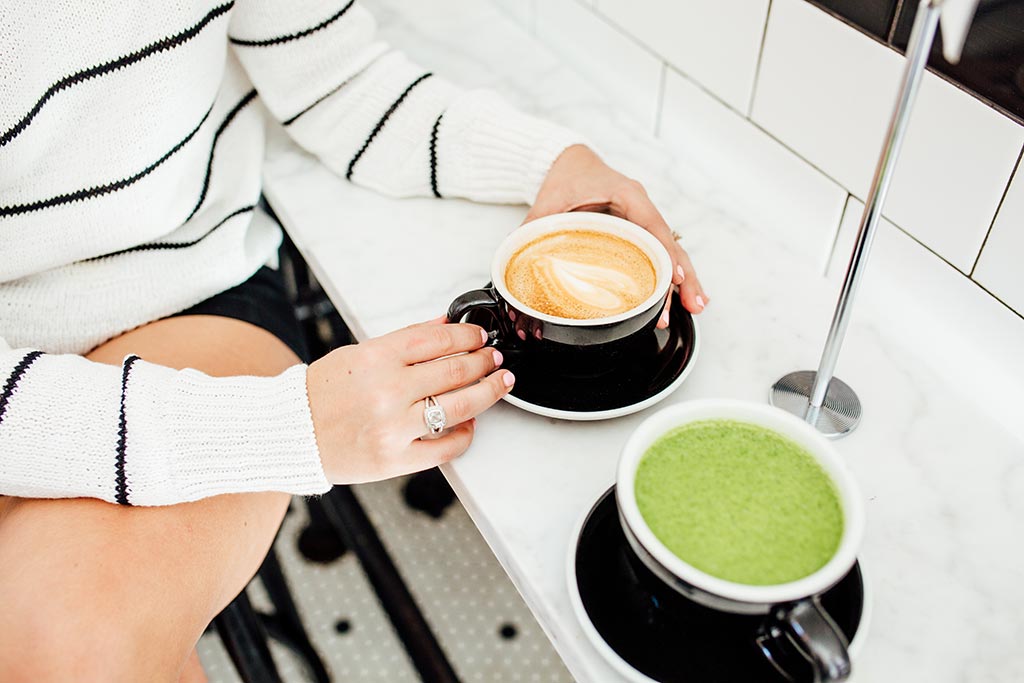 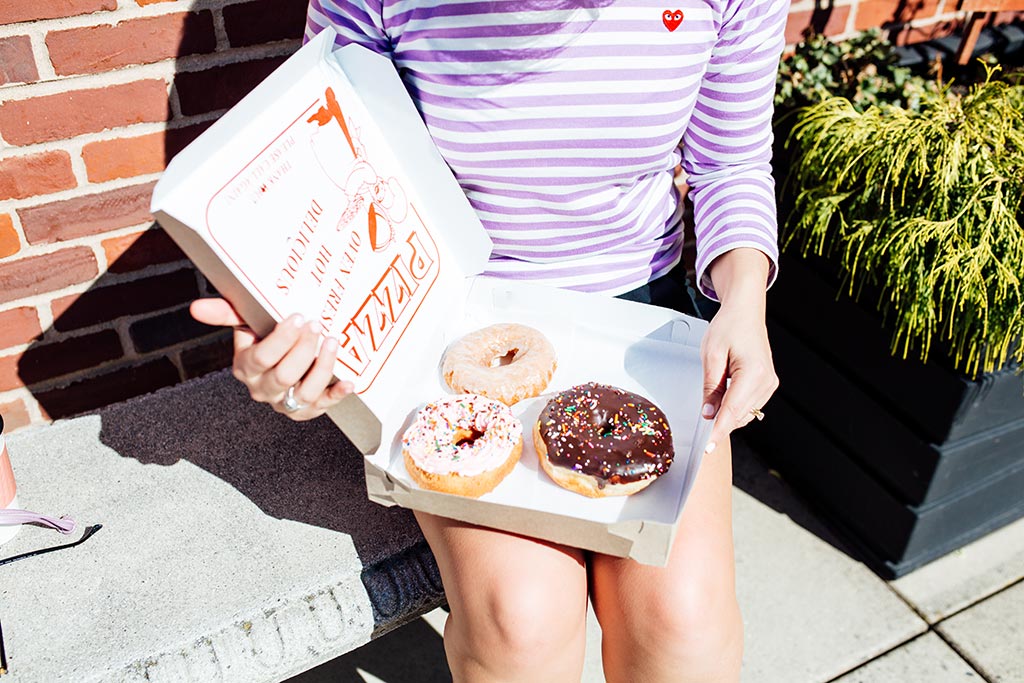 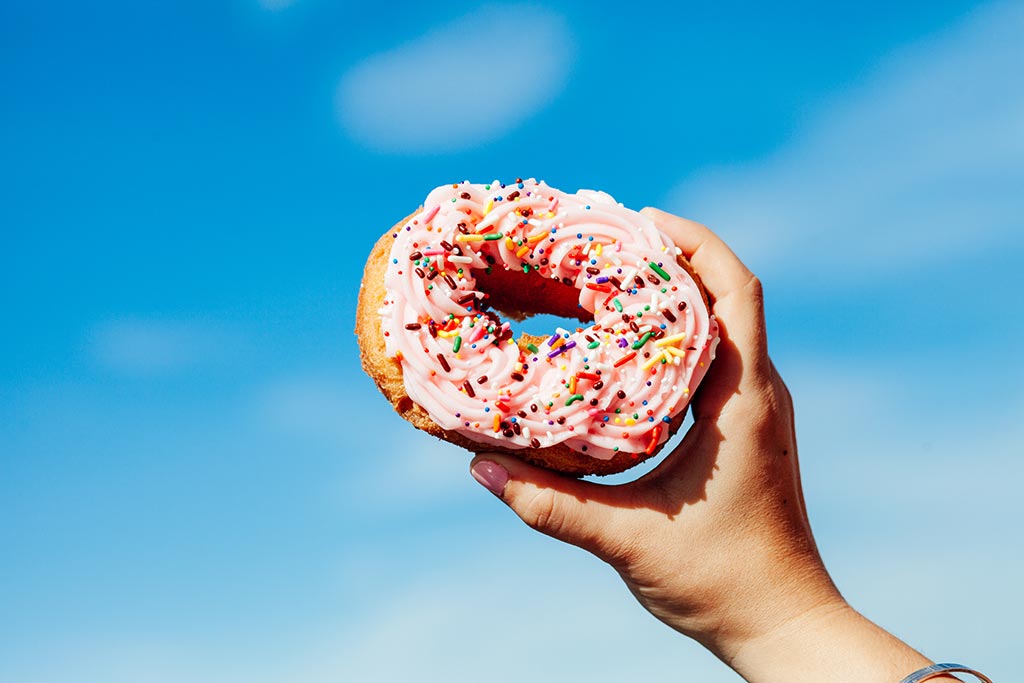 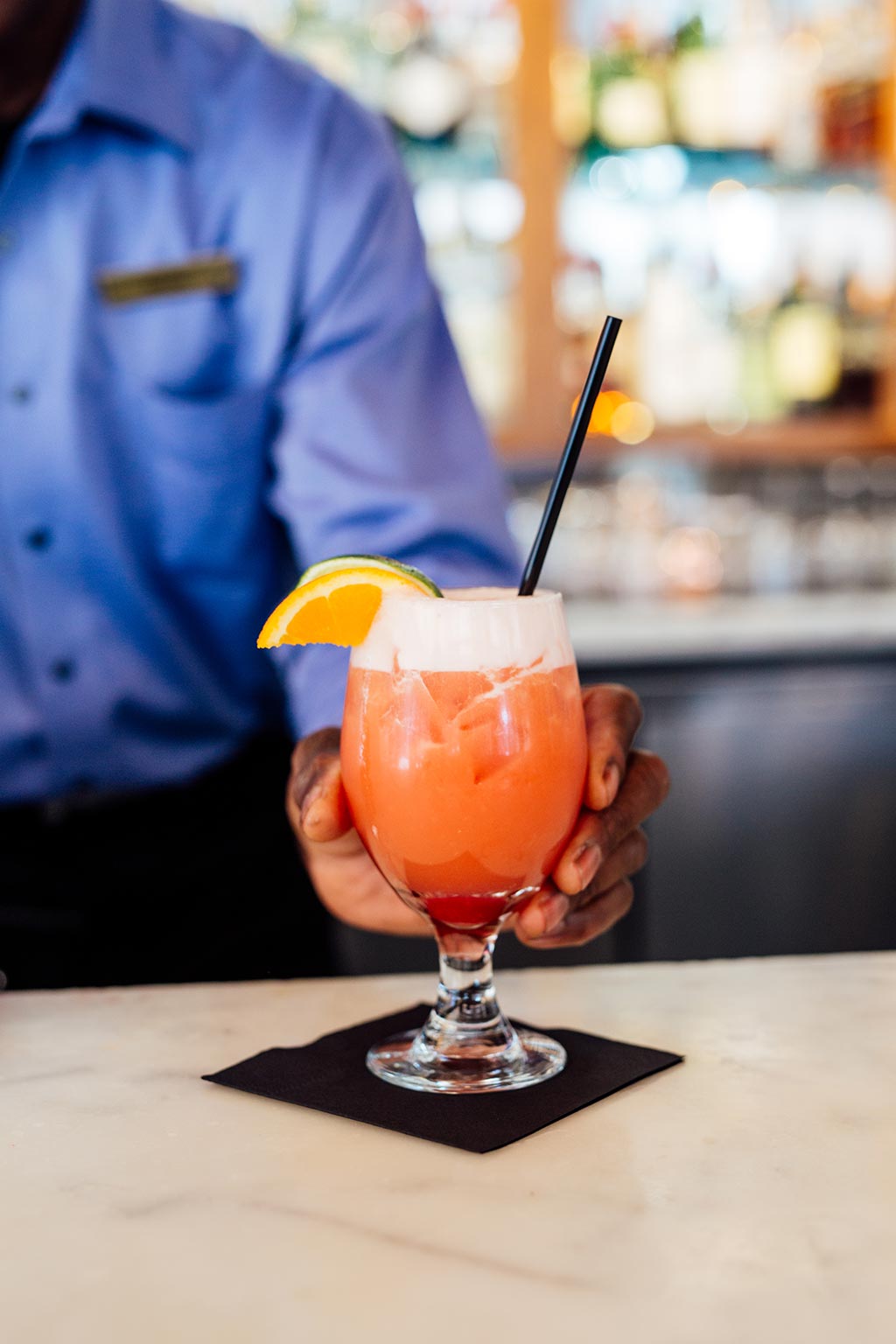 After a full day exploring (and shopping), more than a coffee was needed but instead, a cocktail was in order at the highly-recommended Highball Lounge. Not only does this funlounge overlook Boston Common, but for every glass of Duckie Rose purchased, a dollar goes to a local non-profit organization. I mean, it’s for charity…why not have two glasses? Right? 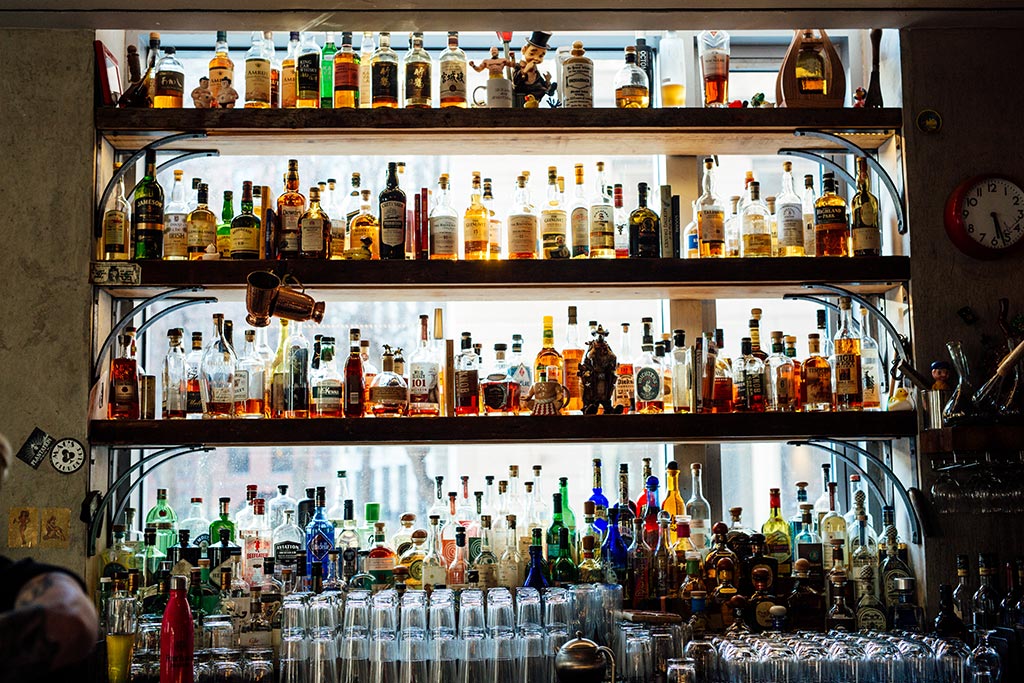 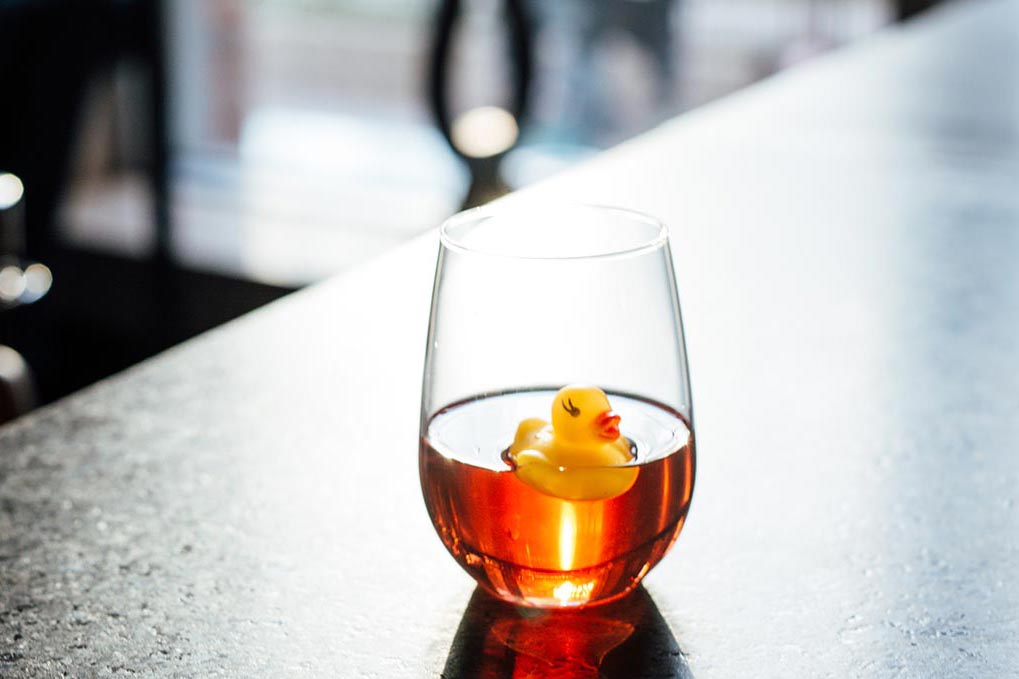 The next day was my final day in Boston, so I woke up early to eat a delicious breakfast at Dig Inn before heading to Cambridge to visit the Harvard Campus. Cambridge is one of my favourite areas of the surrounding Boston area. As mentioned above, I am highly influenced by organizations that encourage either further learning or unity. 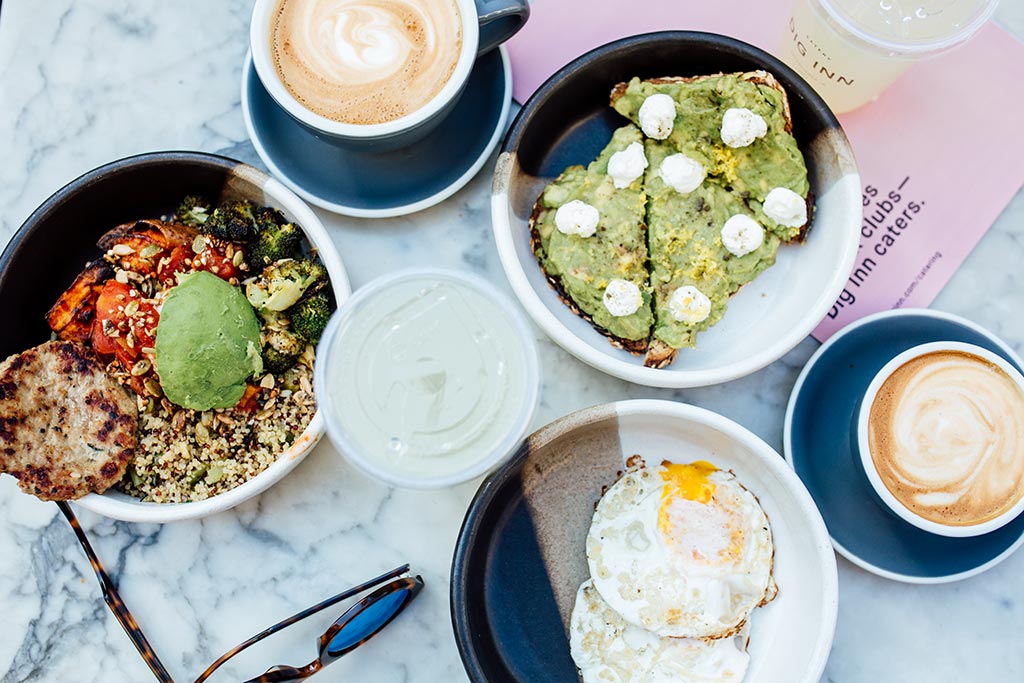 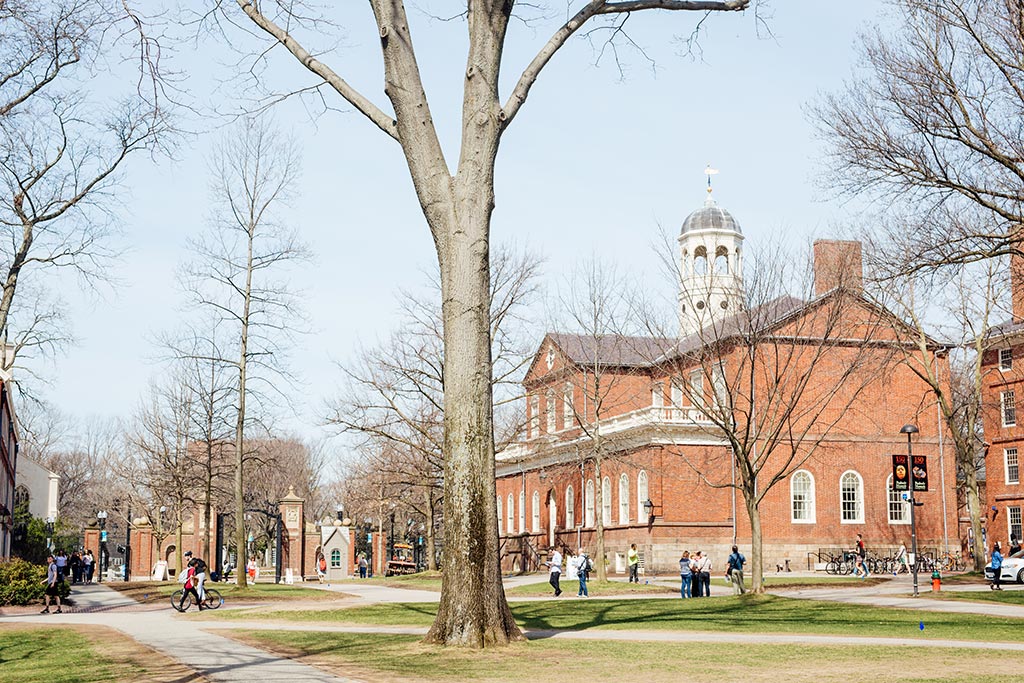 There was a sense of excitement that I immediately felt the second I arrived in Harvard Square. As I walked throughout the campus, thinking of how both Harvard and the city of Boston remain united, I got lost for time and quickly realized I needed to get to Logan Airport to make my way back home.

As I settled into my seat on my Porter flight, I took out my camera and scrolled through the new memories made from this experience. I reflected on how fortunate I was to be a part of something bigger. I was amongst a city that didn’t let a frightening event beat them down, but instead united them to be the great city that they are … #bostonstrong!

Read more on the best places to visit within Boston’s historic neighbourhoods.