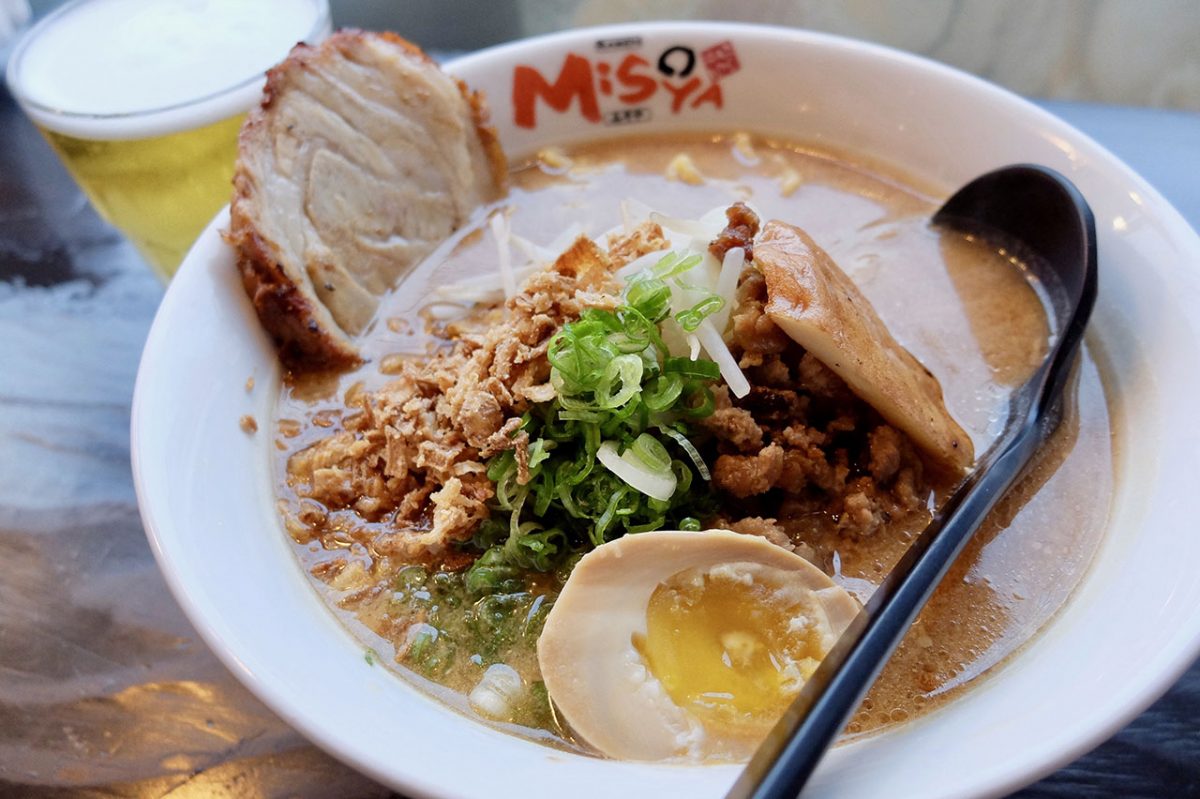 Ramen may just be a humble soup of noodles, broth and toppings, but there’s a whole world to be discovered within each bowl. Introduced to Japan by Chinese immigrants in the 19th century, Ramen quickly became a Japanese fast food staple, evolving into an infinite number of regional and local styles. In recent years, as ramen shops have proliferated in Toronto, it has never been easier to experience authentic examples without hopping on a flight to Tokyo. Here are a few of the city’s most slurp-able bowls.

Bowl for bowl, there’s arguably no better noodle spot in the city than Isshin. Executive Chef Koji Zenimaru’s showpiece is the Red Miso Ramen, which combines milky pork bone (tonkotsu) broth with vegetables fried in miso and sake, but there’s much more to enjoy here. Other must-try dishes include the Black Sesame Tan Tan noodles, with wok-fried ground pork, bok choi, and a side of freshly-ground sesame seeds.

With nine locations in Ontario and three more in the works, Sansotei has covered a lot of ground since opening in 2012. The proof, as they say, is in the ramen—in this case, a creamy tonkatsu ramen served with your choice of thick or thin noodles. For the more adventurous, opt for a “black” ramen with a dash of fragrant chili oil, and try to save room for a slice of mango cheesecake for dessert.

While much of the ramen in Toronto uses tonkotsu, a long-simmered pork bone broth, as its base, this Japanese chain specializes in a version that adds miso (an umami-rich fermented soybean paste) to the mix. From there, Misoya’s rich bowls offer an impressive variety of unconventional toppings, from potato wedges to fried chicken. A particularly delicious example is the Barley Mugi Miso, which comes topped with crispy onions, cabbage and a savoury Japanese fish cake.

Celebrity chef David Chang named his chain of pan-Asian eateries after Momofuku Ando, the inventor of the instant noodle, and appropriately the ramen here has always been one of the best things on the menu. The original tonkotsu pork ramen is always a good bet here, but for something lighter and brighter, try the chicken ramen served in a lemongrass-spiked miso broth and garnished with goji berries.

While there are many popular ramen spots in the city, only one of them was good enough to earn a place at the famous Shin-Yokohama Ramen Museum in Japan. Ryu’s Noodle Bar is one of just two ramen stalls in the museum’s experiential food court from outside Japan, and a visit to either of its two Toronto locations proves why. For Ryu’s at its very best, try the Tan Tan Men, a thick, rich (but somehow not at all heavy) concoction of chicken broth and thin noodles topped with ground chicken, sesame seeds and a zesty splash of house-made chili oil.