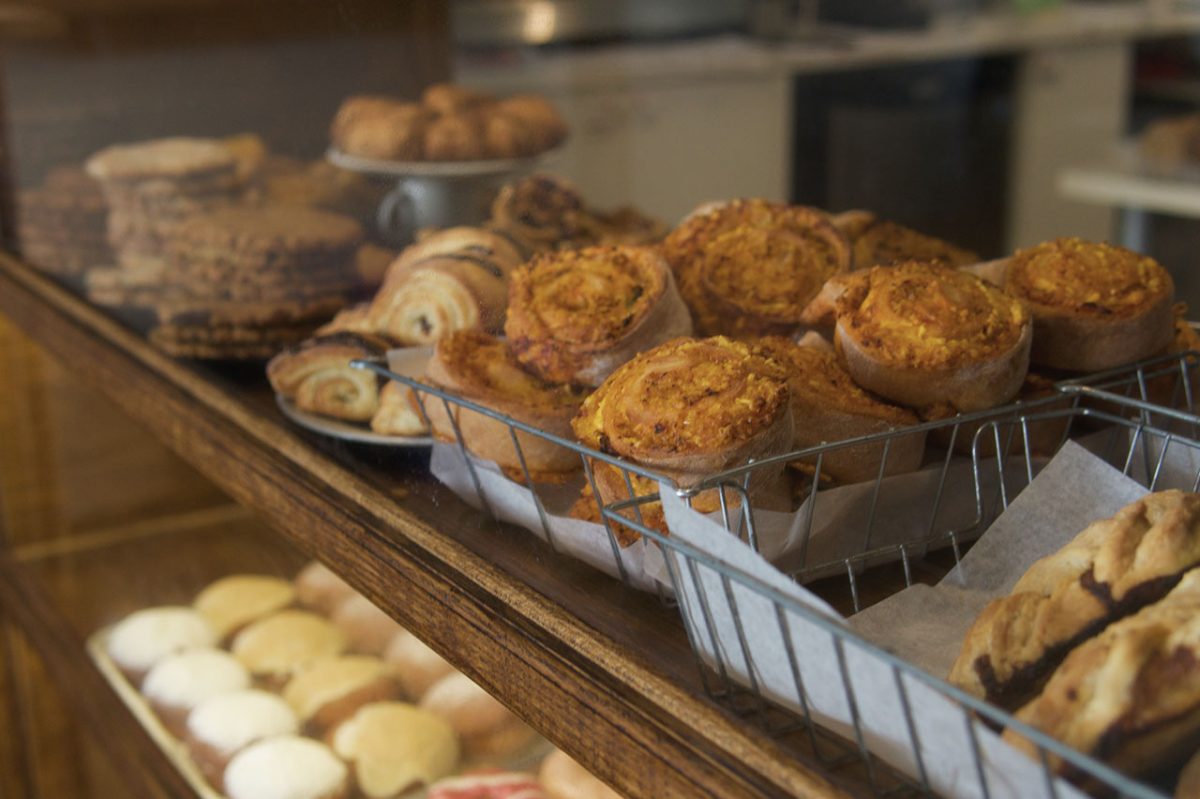 Toronto Eats: Where To Find The Best Vegan Treats

From dazzling doughnuts to decadent cakes, these Toronto vegan restaurants and bakeries are proof that you can dine consciously without forfeiting flavour. Whether you’re a veteran vegan or just considering the lifestyle, the following five Toronto spots are known for their delicious baked goods.

Located across from Ossington Station, bloomer’s has become a local favourite for organic vegan fare since opening in 2014, and is so good that regulars drop by more than once a day. The restaurant and bakery has also garnered attention across the city for its delicious doughnuts, carefully-crafted cakes and mouth-watering muffins. The doughnut lineup rotates constantly, but be sure to try the rose pistachio, if available, when you’re there.

After opening in the Junction in 2010 and then in foodie hot spot Kensington Market in 2014, Bunner’s Bakeshop has become one of Toronto’s go-to places for top-notch vegan goods. Focused on achieving traditional taste that’s accessible on any diet, menu favourites include the Josephine Louise (a take on the Jos Louis), cinnamon rolls and cheesecakes. Their mission doesn’t end with sweets: other options include artisanal bread and meals like veggie pot pie and mac and cheese.

Located in Kensington Market’s south end, Cosmic Treats has been serving homestyle, feel-good food since 2015. The sci-fi themed restaurant is a popular spot for vegan salads, sandwiches and all-day breakfast (including the popular Cornmeal Waffles and Oatmeal Blueberry Pancakes), but the cheesecakes and cashew-based ice cream are truly out of this world.

Tori’s Bakeshop opened in The Beaches in 2012 and quickly became a local landmark for quality vegan breakfast and pretty baked goods. Everything is made in-house with only organic ingredients. Popular pick-ups include the cinnamon rolls, croissants and gluten-free doughnuts. A second location in Canary District opened in 2017, only a couple of blocks away from the Distillery District, but if you can’t make it to the east end, Tori’s treats are also sold at Sam James Coffee Bars across the city.

Known for their pizza rolls and colourful gourmet donuts, Through Being Cool Bakery also serves soups, salads and sandwiches to order, as well as groceries and oven-ready meals – all made from scratch. Inhabiting a former art gallery, TBC opened across from Lansdowne Station in 2013. The “Seitanic Ritual” (featuring seitan, a meat substitute made from wheat gluten) is the most popular sandwich, while the breakfast burritos are a favourite for vegans on the go.