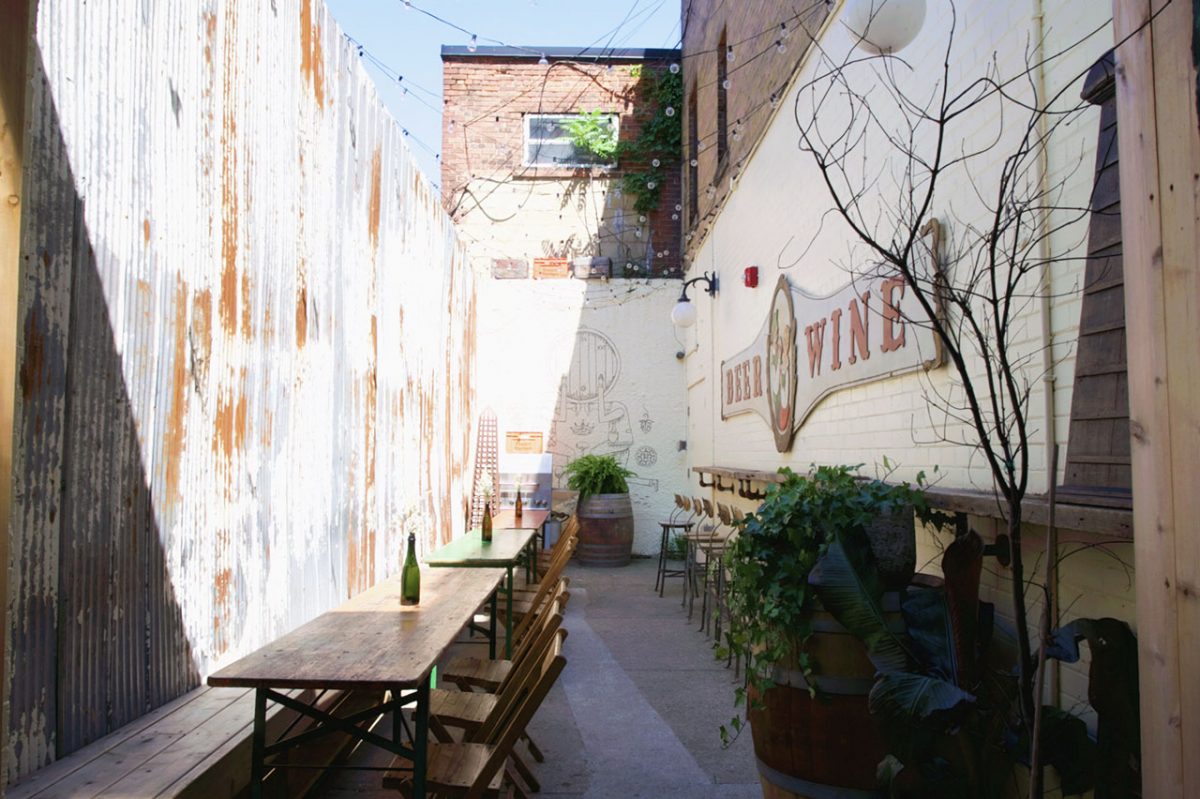 Summer calls for a proper patio pilgrimage, and it’s a wonderful feeling when you discover a spot has a hidden oasis. Whether you plan to soak in the morning sun with a coffee and a croissant, or enjoy burgers and beers while night falls, these five backyard patios offer refuge from Toronto’s hustle and bustle.

With tasteful decor and a laid-back atmosphere inspired by French bistros, The Walton’s secluded garden patio is widely considered one of the best in Toronto. Alison and Sunny opened The Walton in Little Italy in late 2015 with care and attention to detail. Regulars favour the tuna melt, Pimm’s Cup of Sorts cocktail and the curated list of ciders and craft beer.

Run by the owners of Bar Volo fame, Birreria Volo opened next to the Royal Cinema in Little Italy in 2016. Volo means “to fly” in Italian, and Birreria has 26 rotating craft brews flying in from around the world, including hard to find lambic, saison, and farmhouse ales. Enjoy a rare brew on Birreria’s thoughtfully-designed back alley patio along with antipasti, and check out the new Bar Volo opening at 17 St. Nicholas Street later this summer.

Betty’s is an east end institution kept largely the same since the 70s. It’s a delightful dive with an eclectic atmosphere that extends to a backyard patio complete with a clawfoot bath bench. Drop by on Wednesdays for stand up comedy, Saturday afternoons for live music, and be sure to try the house cold tea, Betty’s take on a Long Island iced tea.

Since opening next to Danforth Music Hall in 1987, Allen’s has become a neighbourhood icon known for some of the best burgers and steaks in town. Chef-owner Viji is also part-owner of Butchers of Distinction, and serves only the best locally-sourced organic meat. Allen’s also boasts an extensive scotch and wine selection and the popular backyard patio features a 100-year-old willow tree and a dedicated chef grilling over charcoal.