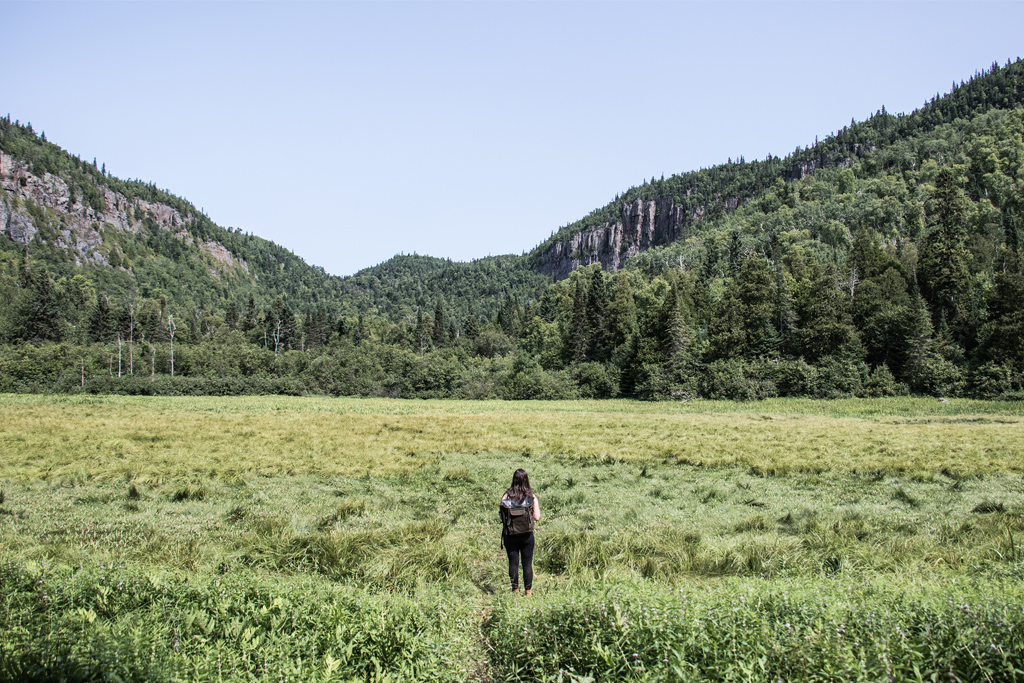 In Ojibway legend, the Sleeping Giant is known as Nanabijou, who turned to stone for revealing the secret location of Silver Islet to white men.

We head out down the trails marked for the Giant’s knees, recommended by park staff as the most scenic views of the lake. The trailhead begins down the Kabeyun path for a winding 6 km through a serene wooded landscape. The sound of soft waves roll in the back of nature’s harmonious overture amongst the buzz of cicadas and chatter of red squirrels defending their space on the rugged trail.

Though groups of hikers or mountain bikers may join you on the trails, you’re just as likely to see a deer gracefully jump out of the woods and onto the trail to greet you. As the brisk morning coolness edges off, hikers wishing to ascend to the top of the Giant can trail off at the crossroads not far past Tea Harbour. 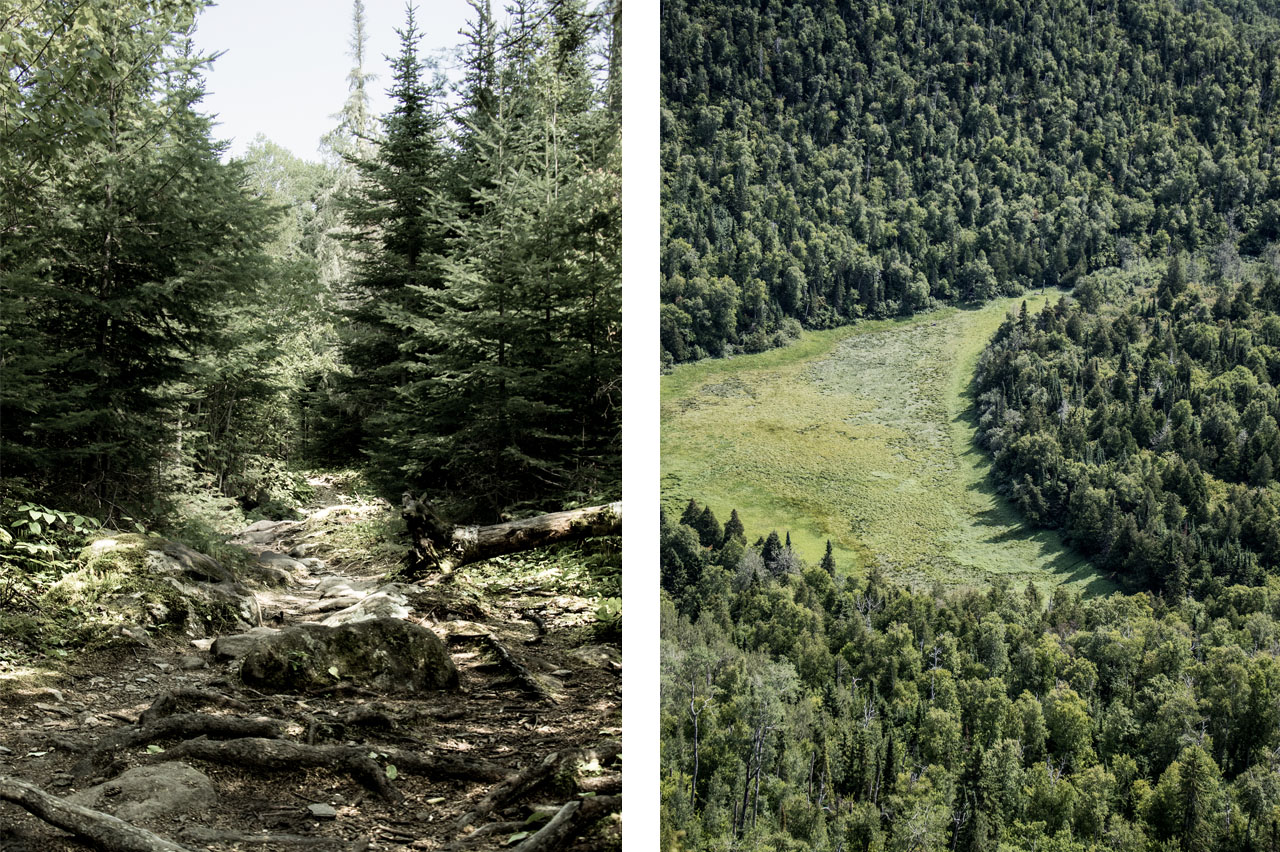 The head of Talus Lake Trail eases hikers into the jagged ascent, scrambling through root-crusted paths littered with loose stones and steep log-built staircases. Despite the park’s sleepy name, the trek to the top of the Sleeping Giant calls the body to a bold alertness with each step.

The path soon opens to a ruggedly enchanting area of wildflowers and tall, sweet grass. This secluded meadow offers some of the most beautiful views on the trail including a glimpse of the Sleeping Giant’s breathtaking crest. 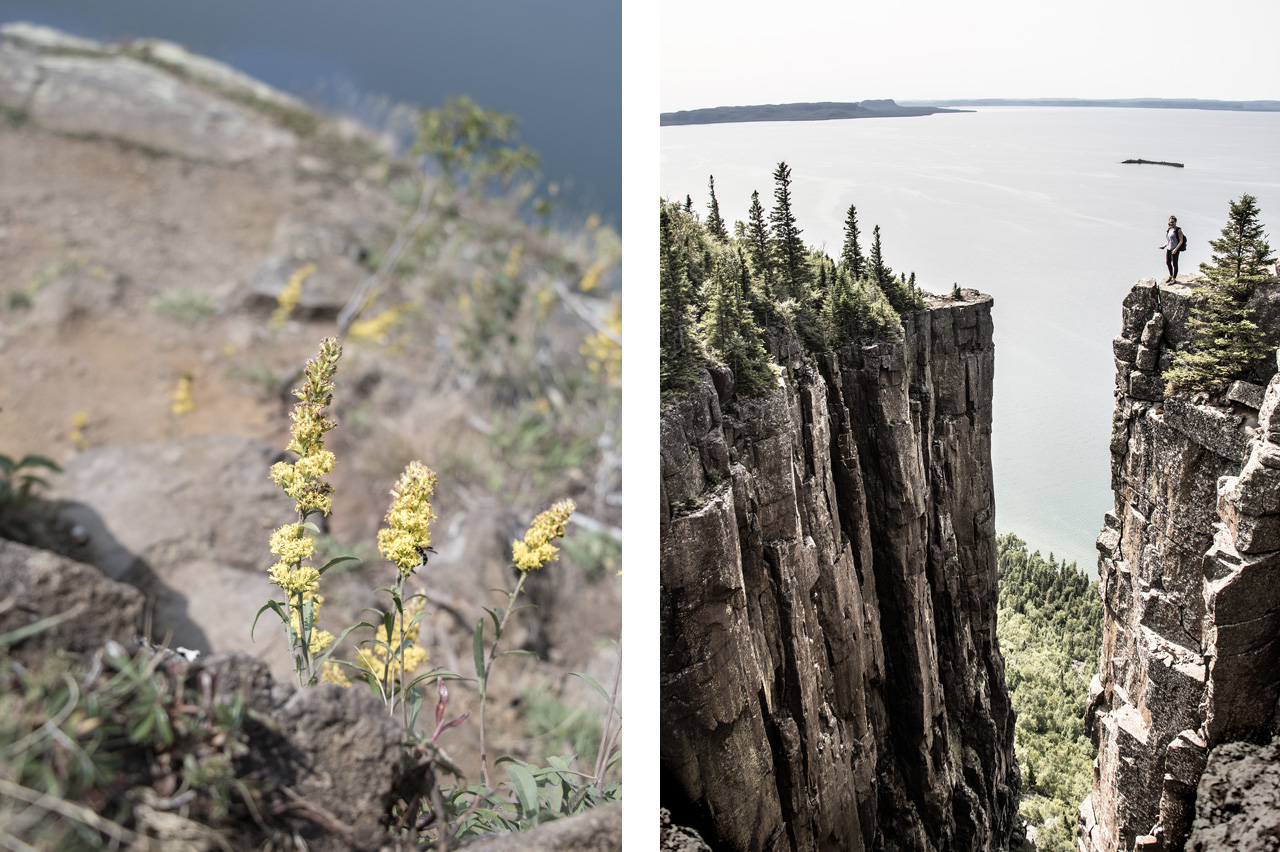 What soon follows is a rigorous 2.7 km of tight switchback staircases with a few gentle rising paths. Hikers who’ve packed sufficient supplies of water (and it’s strongly encouraged that everyone does so) will be grateful they’ve been lugging the extra weight. Though strenuous, the steep ascent means the brisk rise is covered quickly and the trail returns to relatively flat and shaded terrain. 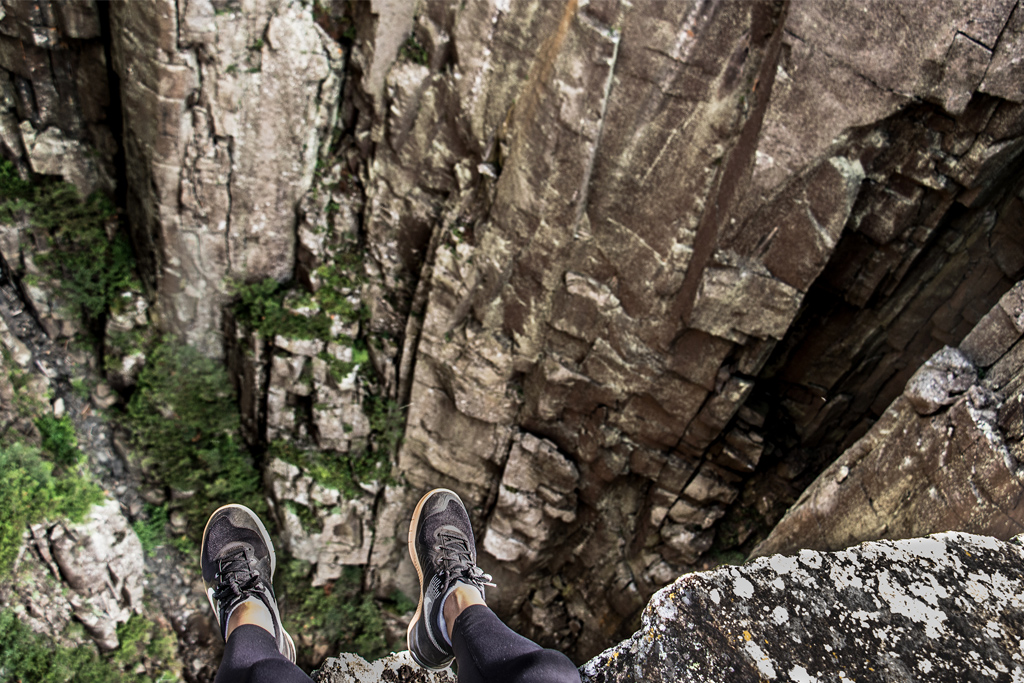 Despite its photogenic nature, the view from atop the Sleeping Giant’s knees remains far more impressive to the naked eye. Hikers peer out over chimney-like volcanic rock outcrops, which plummet to the forest floor below at the base of Lake Superior. From here, one can begin to see the vastness of the lake, with shores stretching to the northern edges of Wisconsin and covering as many square kilometres as the state of South Carolina. 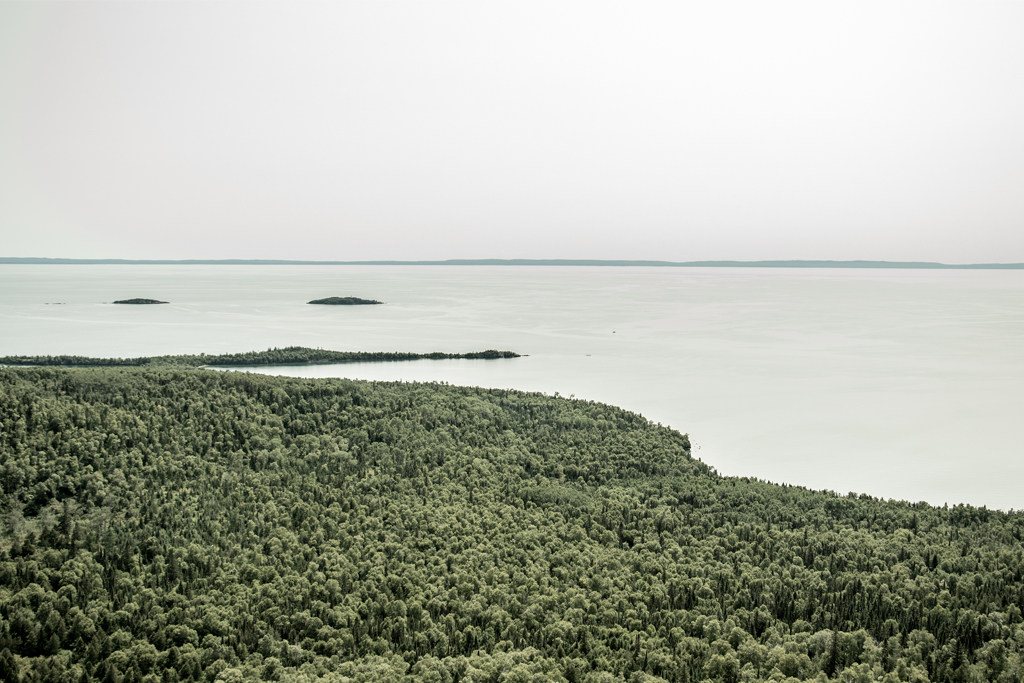 Sleeping Giant Provincial Park’s gentle name may evoke an image of peaceful strolling trails, but like its contrary history in Ojibway legend, the park also surprises with vigorous trails and technical climbs that lead to breathtaking views, making it one of Thunder Bay’s most iconic natural attractions and one of Canada’s most rewarding day hikes. 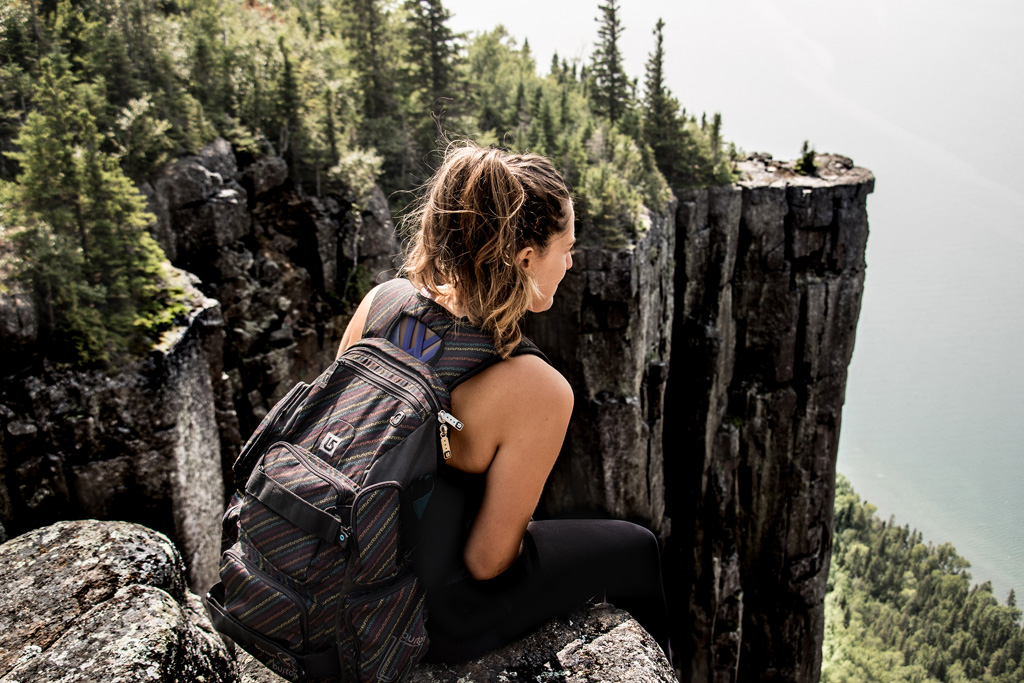