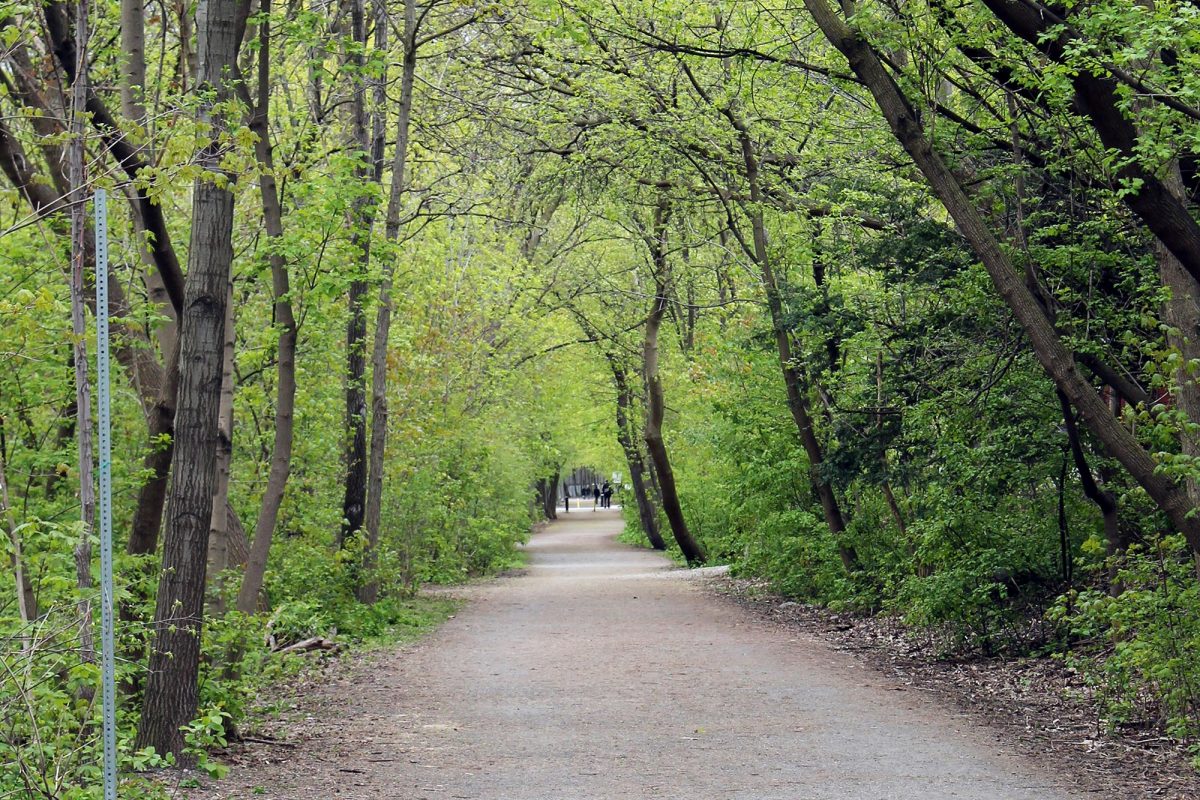 The Most Scenic Running Routes in Toronto

With a lack of mountains and predominantly flat terrain, you’d think that finding a scenic running path in the heart of downtown Toronto would be a difficult task. Think again. The city’s southern Lake Ontario border and a selection of beautiful parks give Toronto some great trails for both amateur and professional runners.

If you’re looking for natural places to enjoy a good run, here’s a quick list of top scenic routes Toronto has to offer: 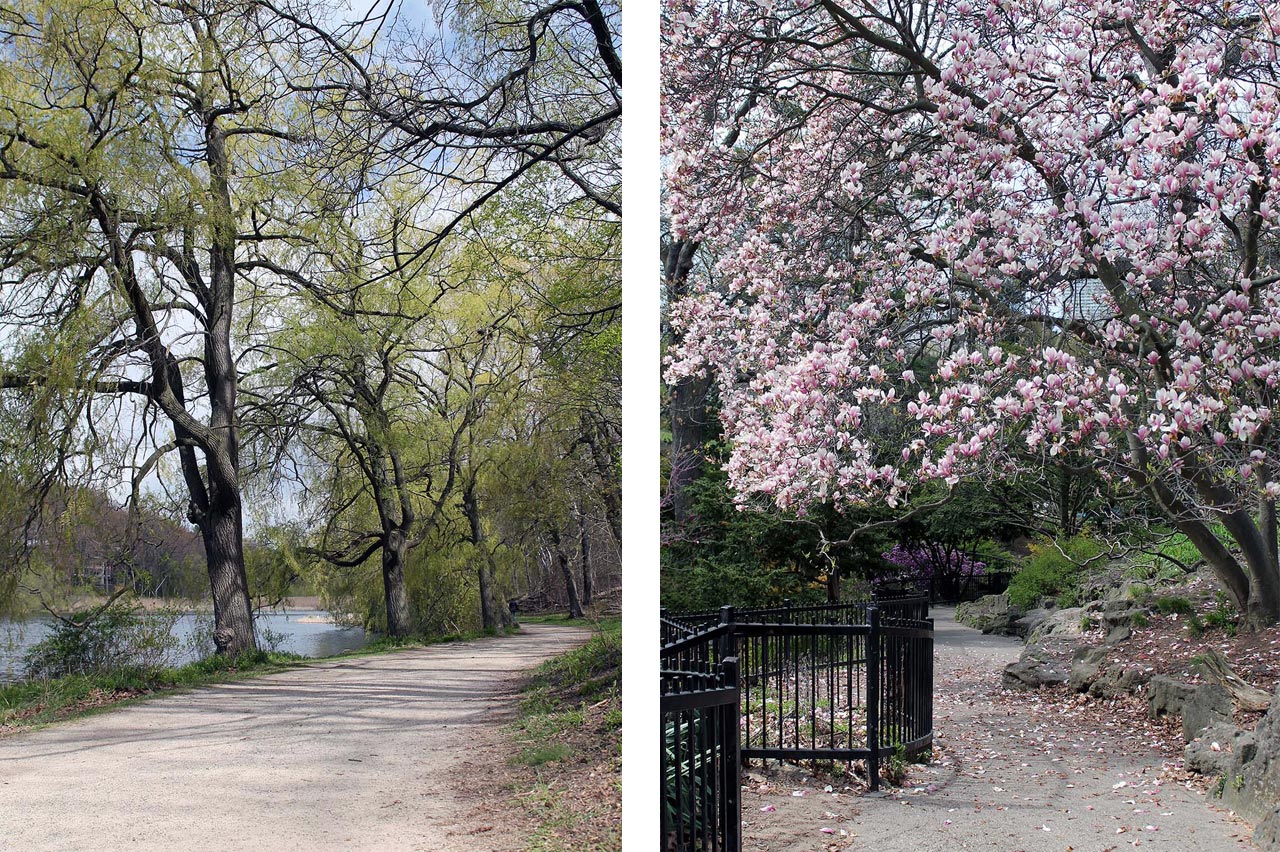 If you feel like tackling some serious hills and firing up your quads then head to High Park for a killer run (just don’t hate us later!). With easy access (take the Bloor Subway Line and get off at “High Park” station) and beautiful nature views, this park is perfect for a good de-stressing loop.

Just a reminder that the park can get crowded with families during summer and be aware of the hoards of cyclists during early morning and evening hours (remember to keep to your right!).

Once you’ve shed a good ounce (or two) of sweat, chill out (or collapse) at the Grenadier Café located at the top of Parkside Drive. This little hideaway café is where cyclists and runners alike hang out post training. 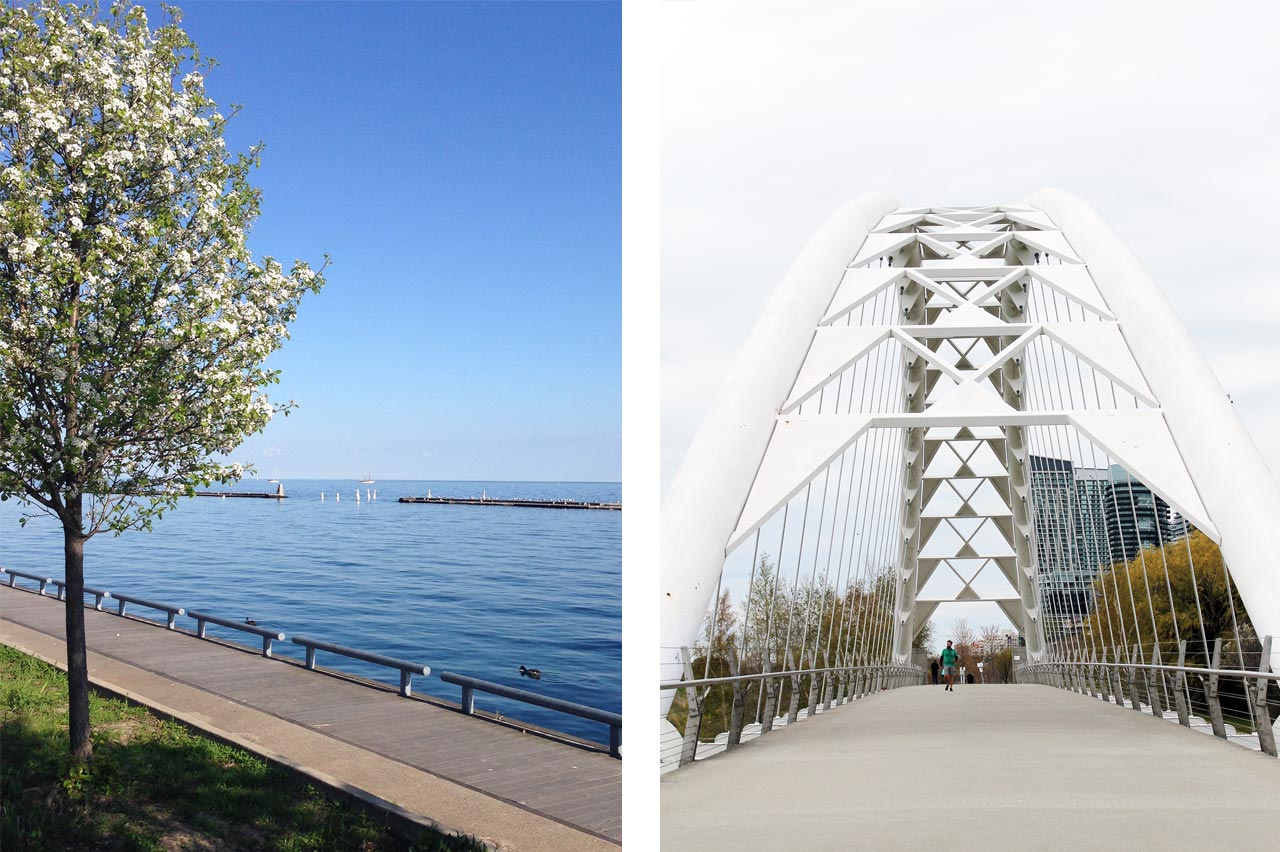 Extending for more than 50 km along Toronto’s waterfront, the Martin Goodman Trail offers scenic views and a contagious vibe from enthusiastic cyclists, skaters, and runners alike.

This trail is so long that whether you’re staying on the east side, the downtown core, or the west, you’ll be able to access it from various points around the city.

If you’re on the west side of the city, make your way to the Humber Bridge and enjoy the views of Toronto’s beautiful skyline. The downtown section of the waterfront trail offers paved terrain and great views of Lake Ontario. 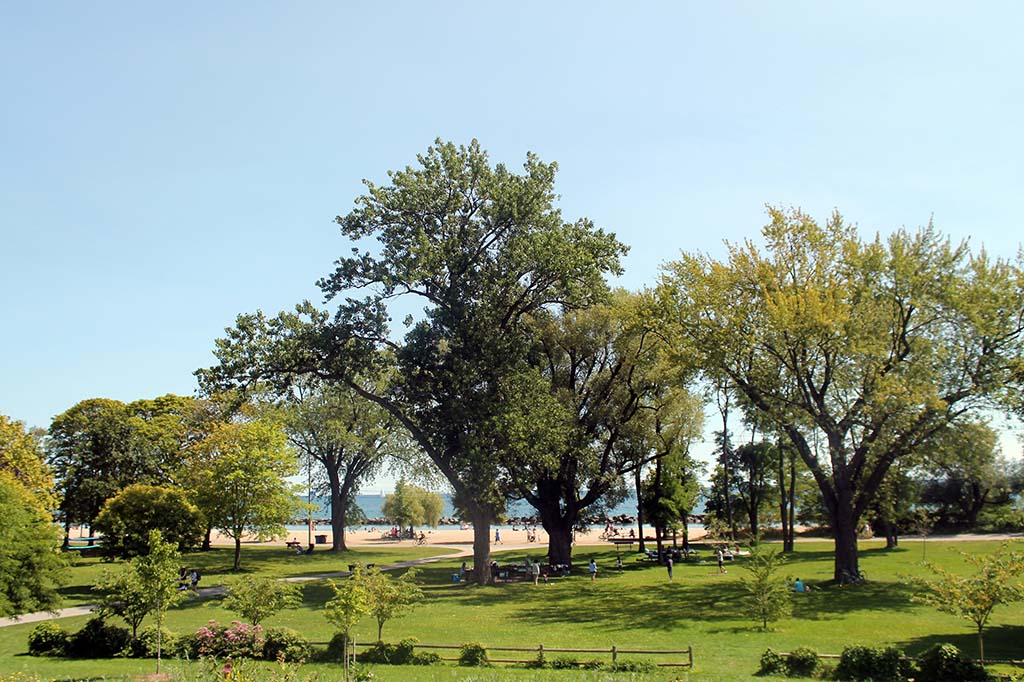 If you want to experience a good escape from the city, hop on a ferry at the Jack Layton Ferry Terminal to the Islands (just a quick 10-minute ride for $7.71 roundtrip) and complete one of many  6 km flat loops in the most serene and peaceful setting a runner could enjoy. 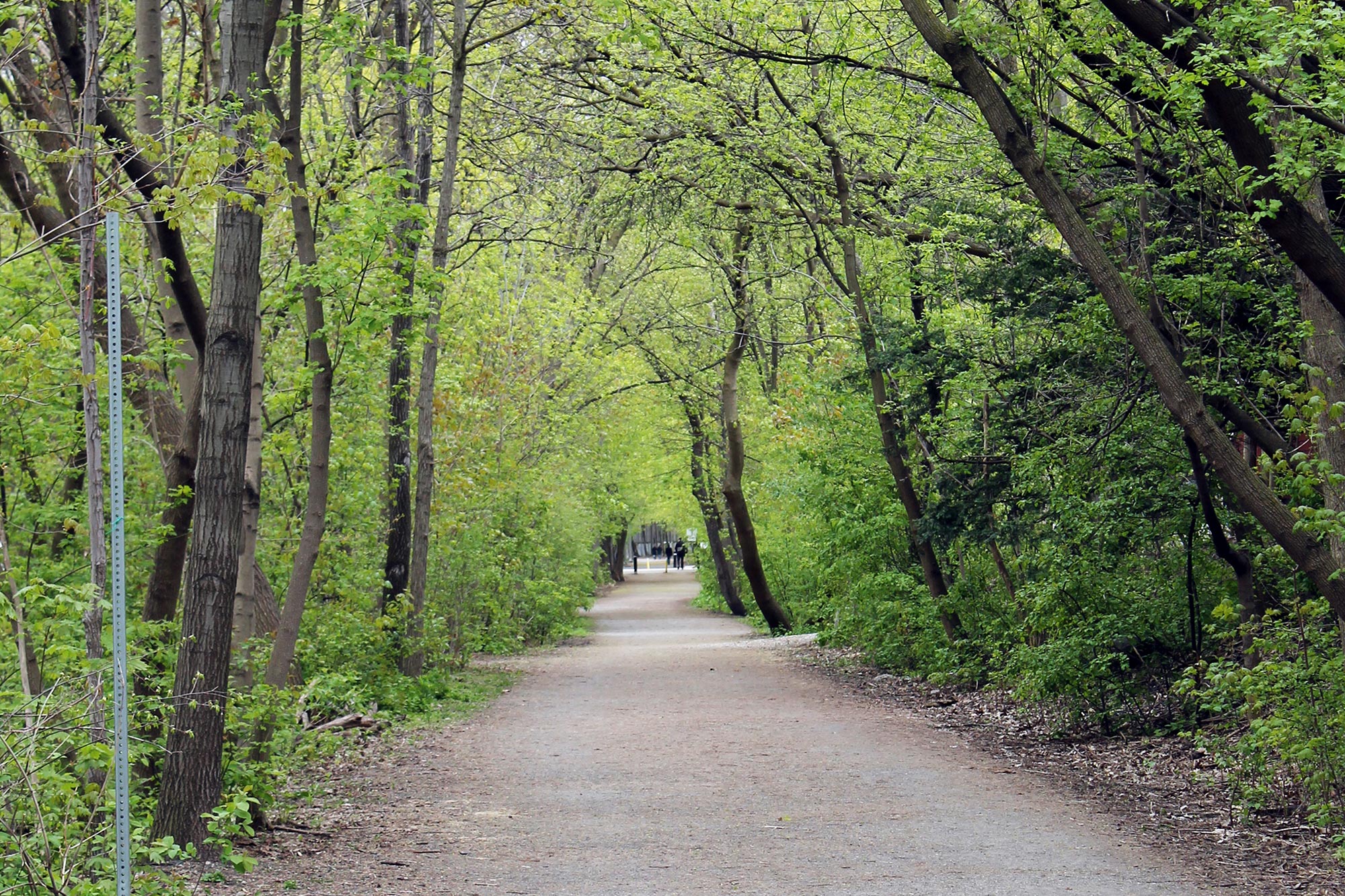 In the heart of Toronto’s midtown, this 9 km trail extends from the Allen Expressway (just north of Eglinton Ave. West) all the way to Evergreen Brickworks. If you’re using public transportation, get off at Davisville Station (Yonge Subway Line) and run east or west depending on your preference. The lush scenery all along this path will make you forget that you’re indeed surrounded by busy streets and buildings. 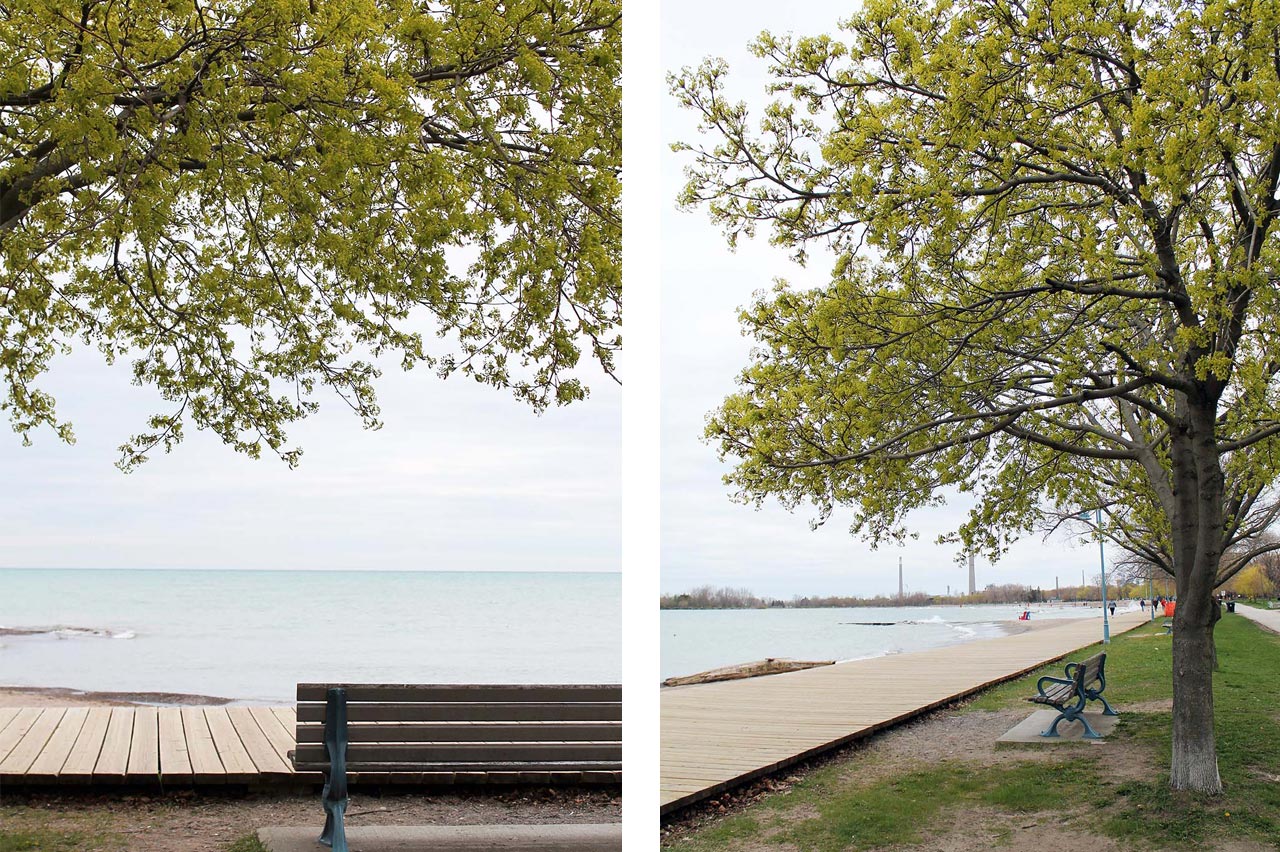 The best part about this running path is that not only do you get to choose if you want to run on the boardwalk or in the sand (the added difficulty will give you quads of steel), but, once you’re done sweating you can cool off with a quick dip in Lake Ontario. 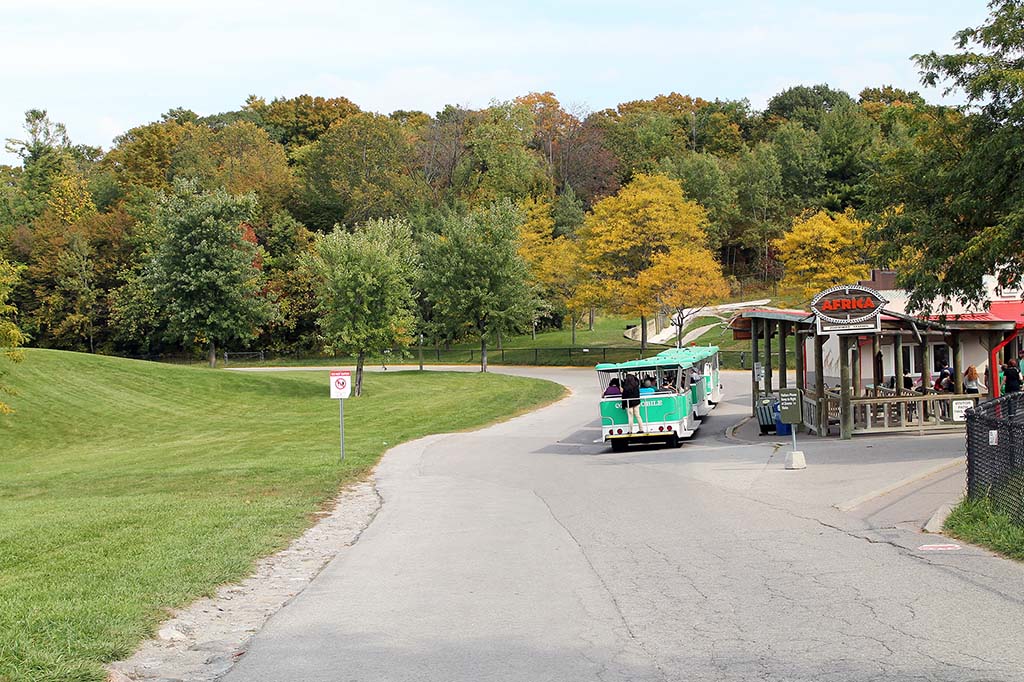 While some visit the Zoo for the animals, there’s nothing that says you can’t run while you do so. After all, there’s a popular race held there every year during the months of September and October. If you’re still standing after the 5 km loop (it’s a good hilly route), cool down with a slow walk while enjoying some animal sightings.