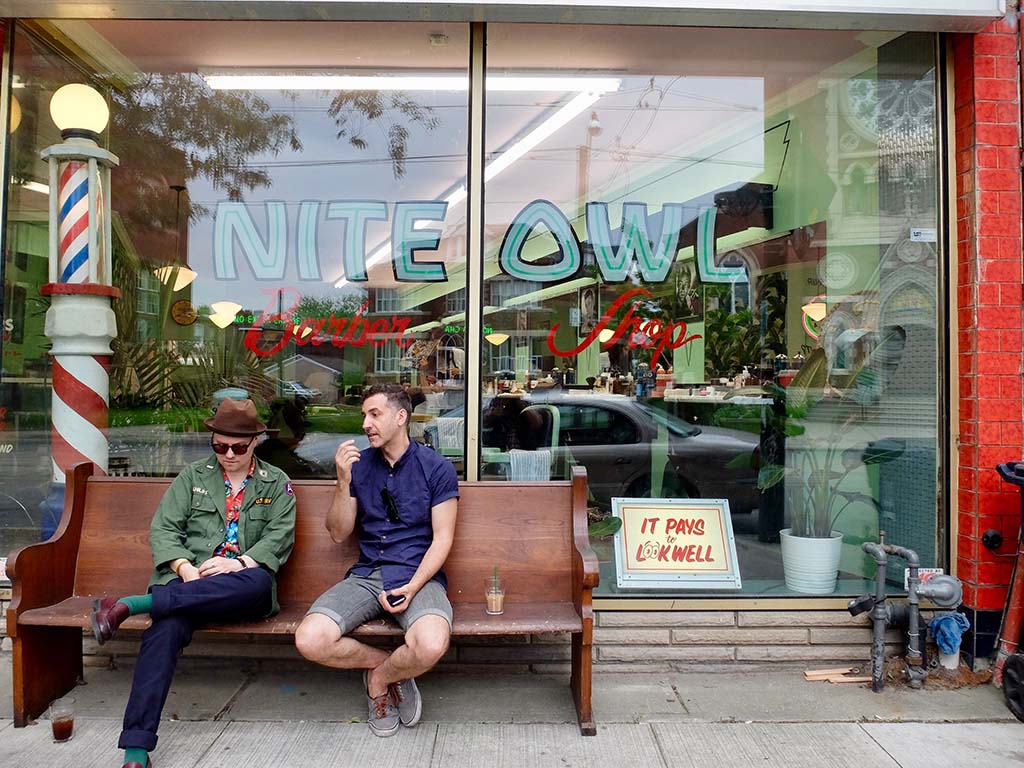 Stepping into the Nite Owl Brockton, one can easily feel transported to a bygone era. The barber chairs are heavy and well-worn, portraits of Errol Flynn and Humphrey Bogart line the pastel pink and green walls, and big band music plays through a converted 1940s radio. 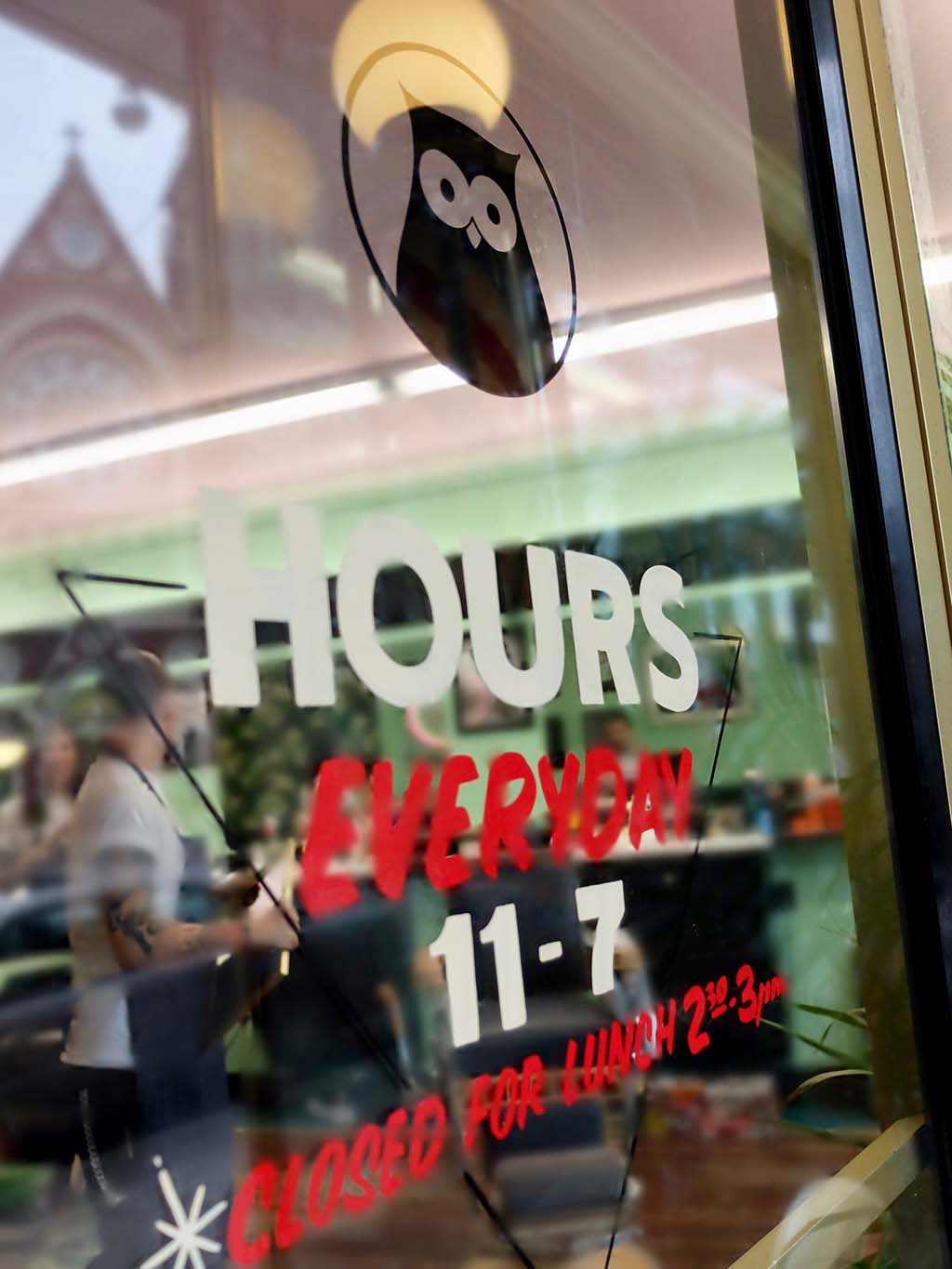 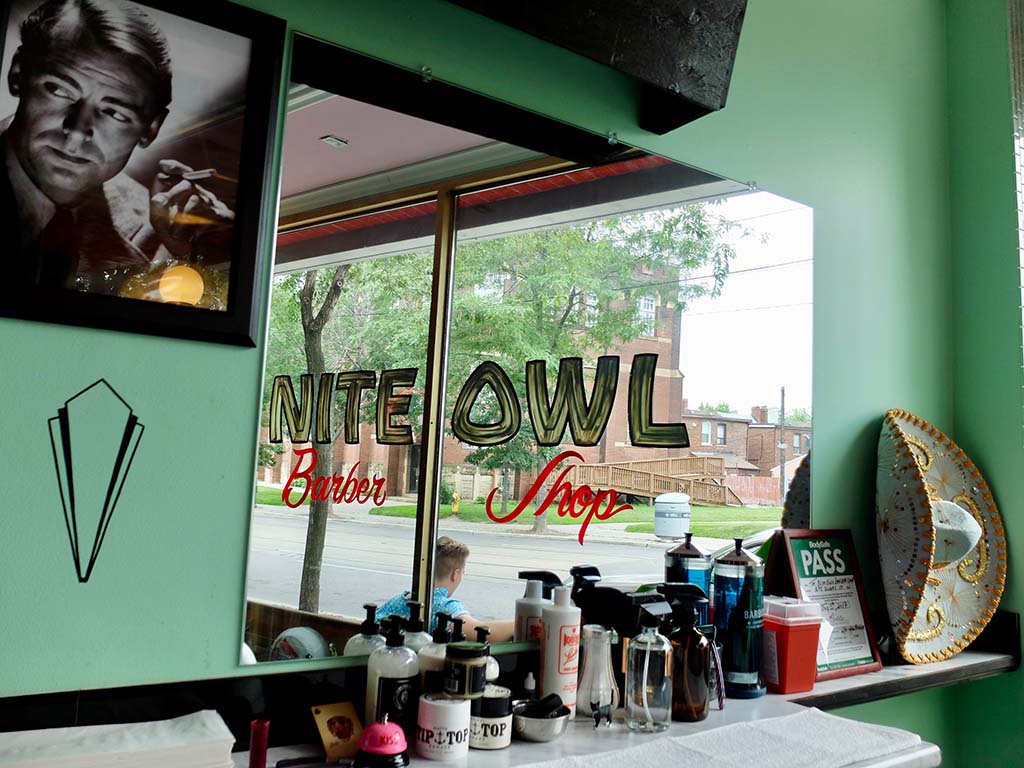 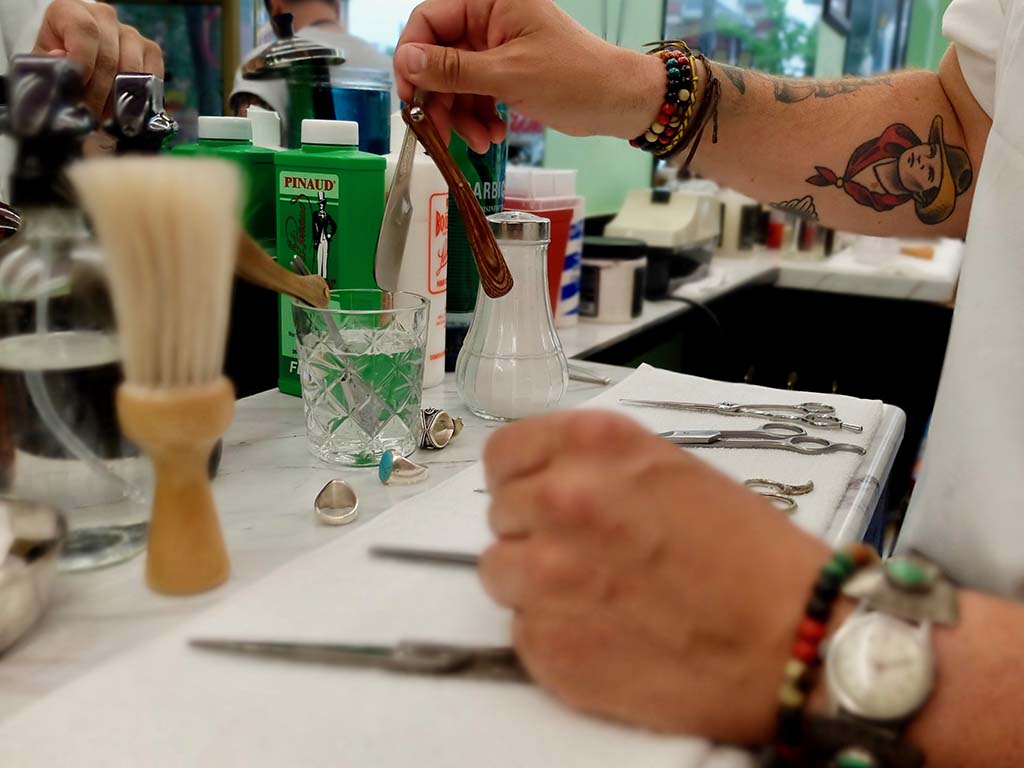 Owner and head barber Brian Hurson loves all things vintage (that’s his ’42 Buick parked out front,) but the decor isn’t the only way in which his new Dundas West barbershop in Toronto is a throwback. “There’s more formality to how we operate than most,” he says. “We don’t take ourselves too seriously, but at the same time we’re not overly familiar with how we interact and greet people.” 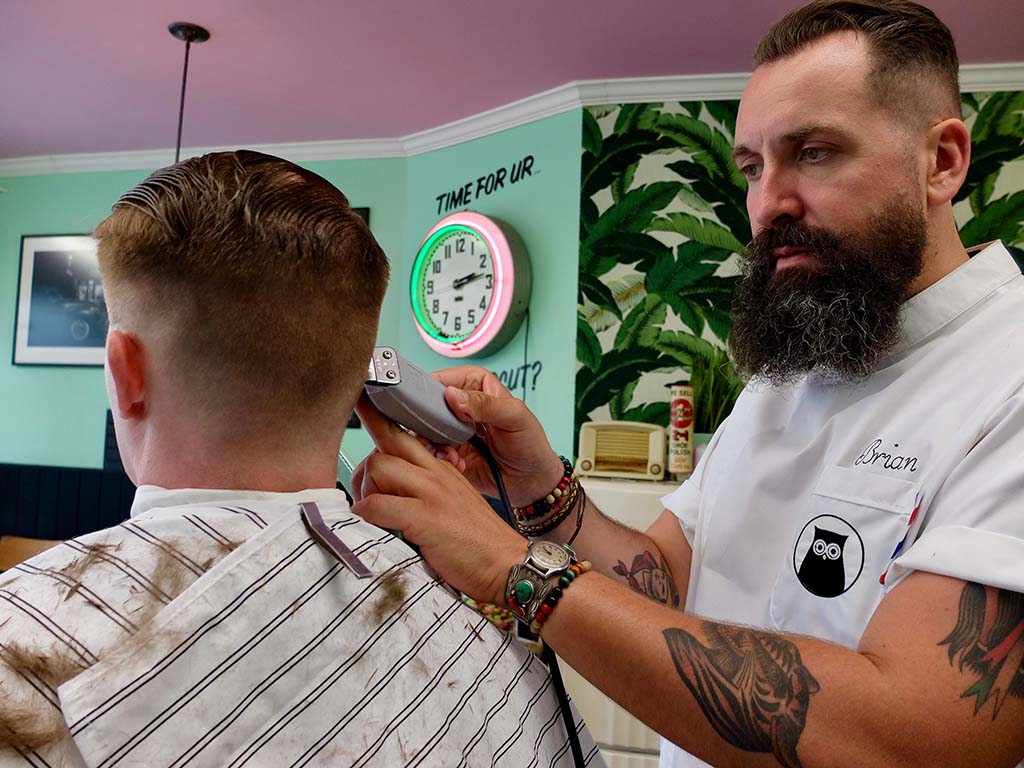 The Nite Owl opened in July in the up-and-coming Brockton stretch of Dundas West. Like Hurson’s other two barber shops, Etobicoke’s Nite Owl and Lake View, the new location is characterized by a distinct combination of old-school propriety and modern approachability. Hurson and his staff wear crisp white smocks embroidered with their names and well-shined black shoes, welcoming each customer warmly, offering sodas and cold-brew coffee from a vintage refrigerator. “I would categorize it as formality with a wink,” he says of his approach. 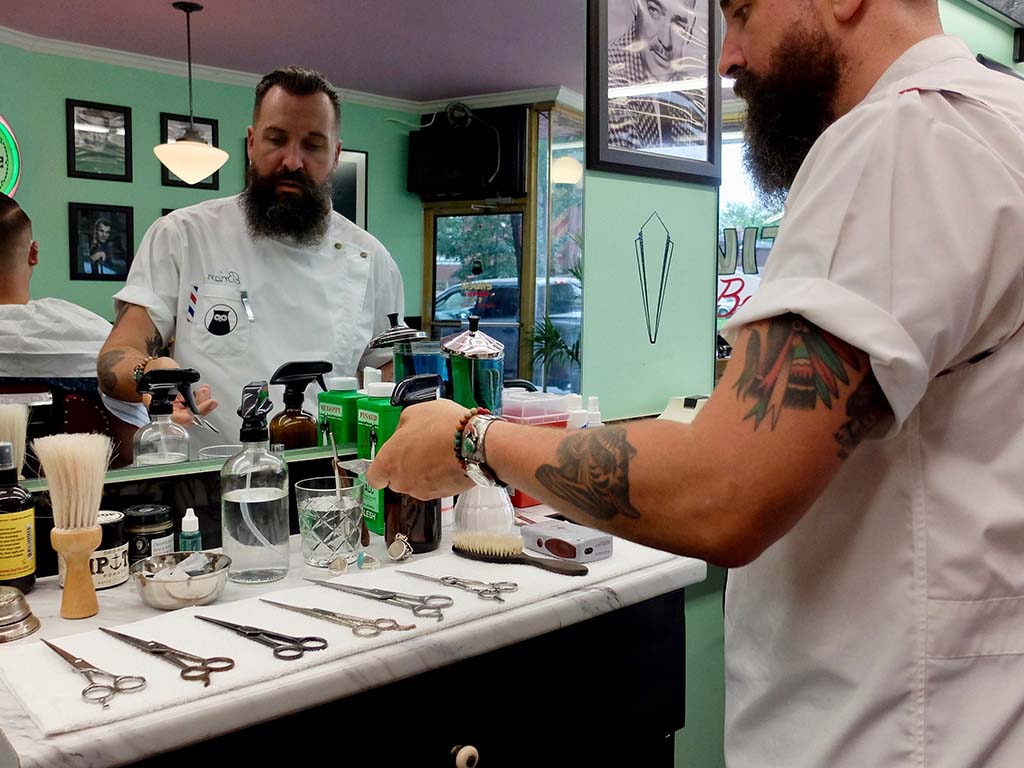 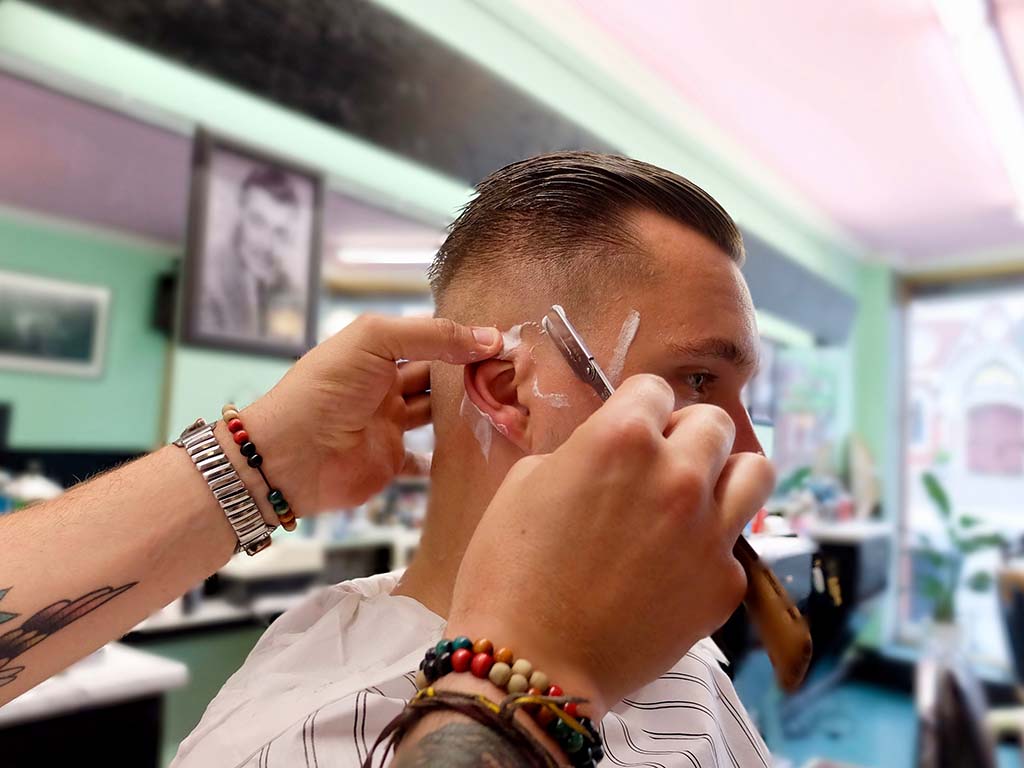 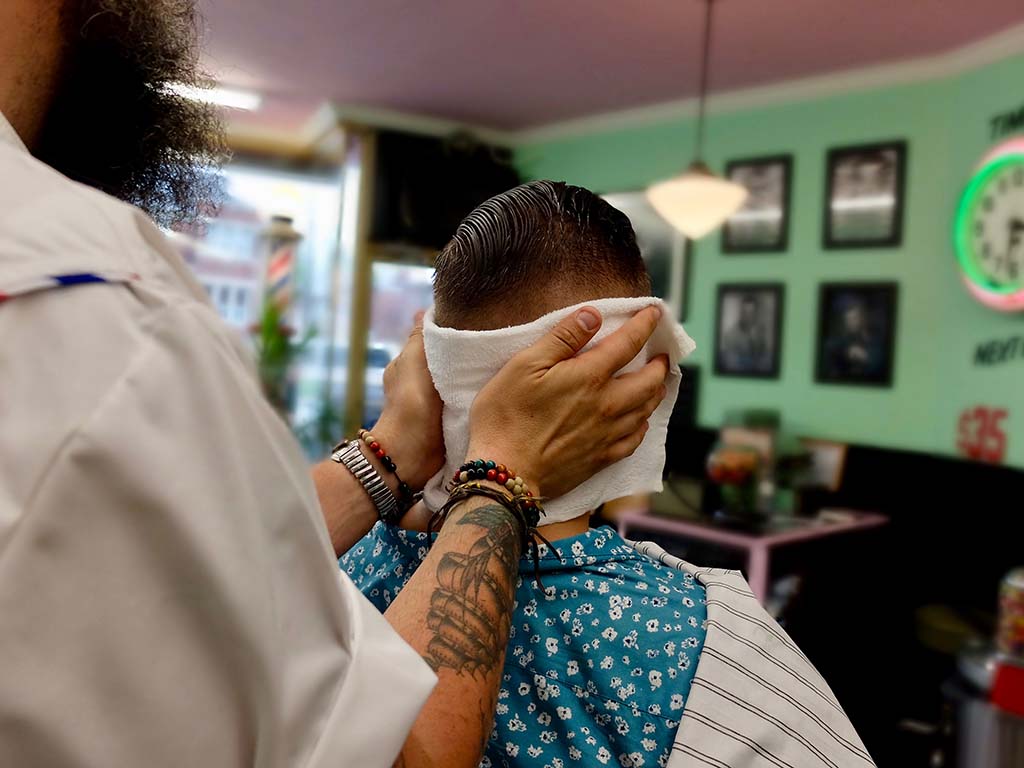 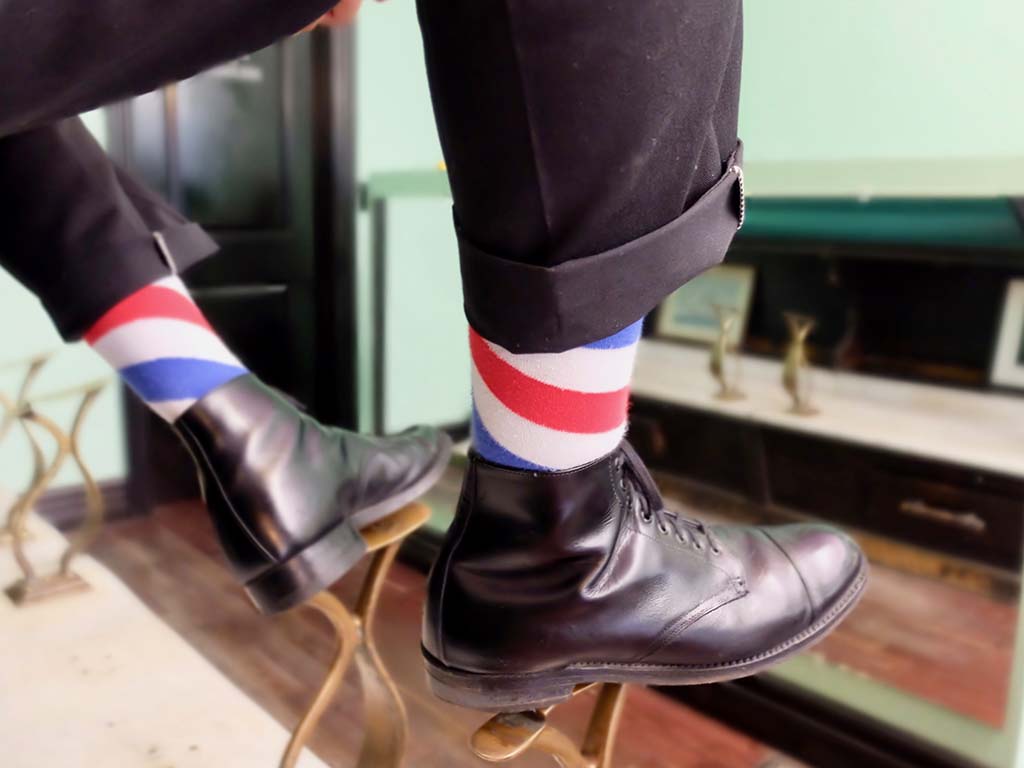 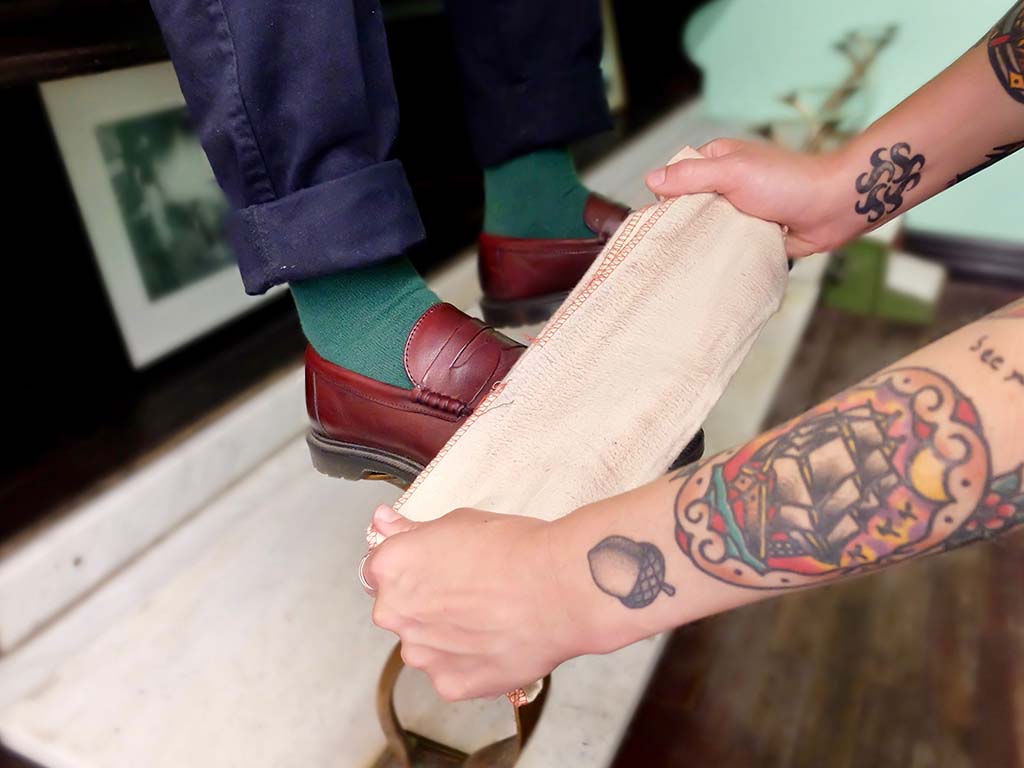 Hurson was a loyal barbershop customer before learning the trade himself, and he seeks to share the love of the history and craft of barbering with his customers in turn. “My interest is in barber culture in the true sense,” he says. He sees his shop as a place where people can come to relax, be taken care of, and hopefully fall as deeply in love with barbering as he is. “We focus on doing things correctly,” he says, “But we’re also having a bit of a laugh.”