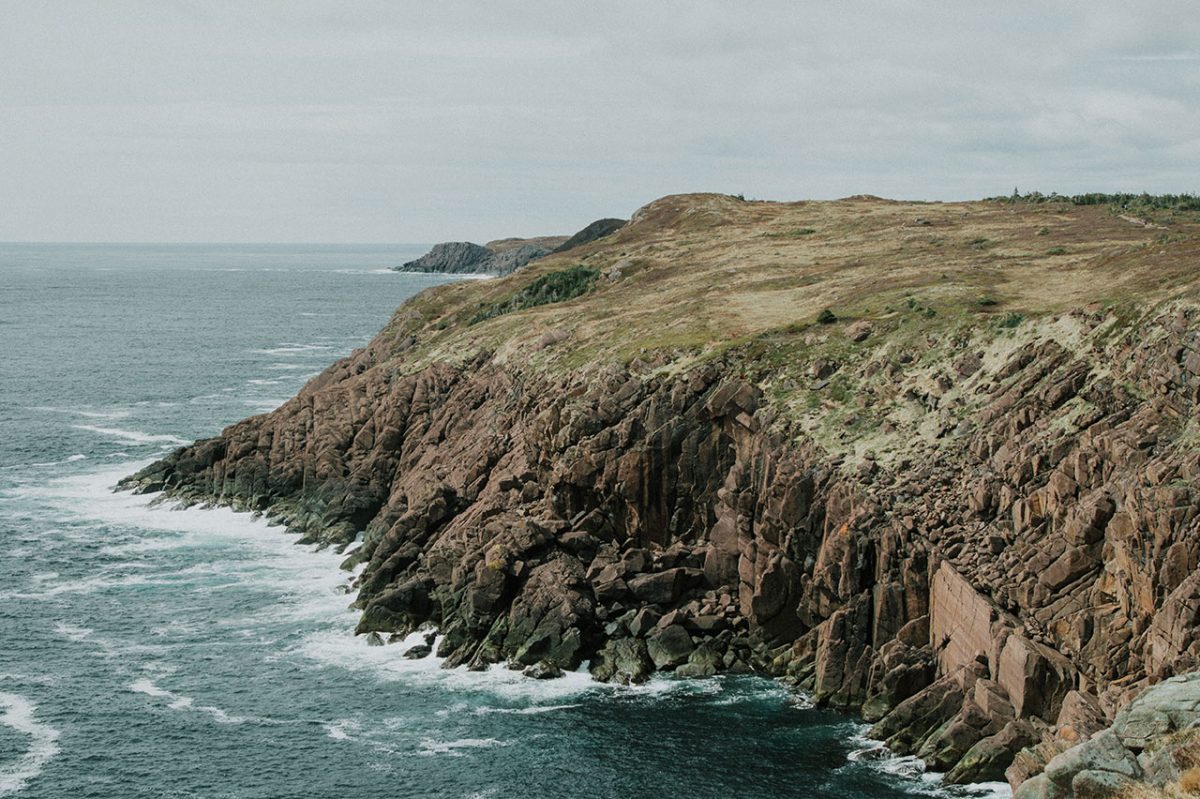 On the coastal edge of Newfoundland, the rugged Atlantic Ocean meets the shoreline with dramatic force. Even on a calm morning, the sound thunders against the shore with views that mimic the grandness of Ireland’s Cliffs of Moher. 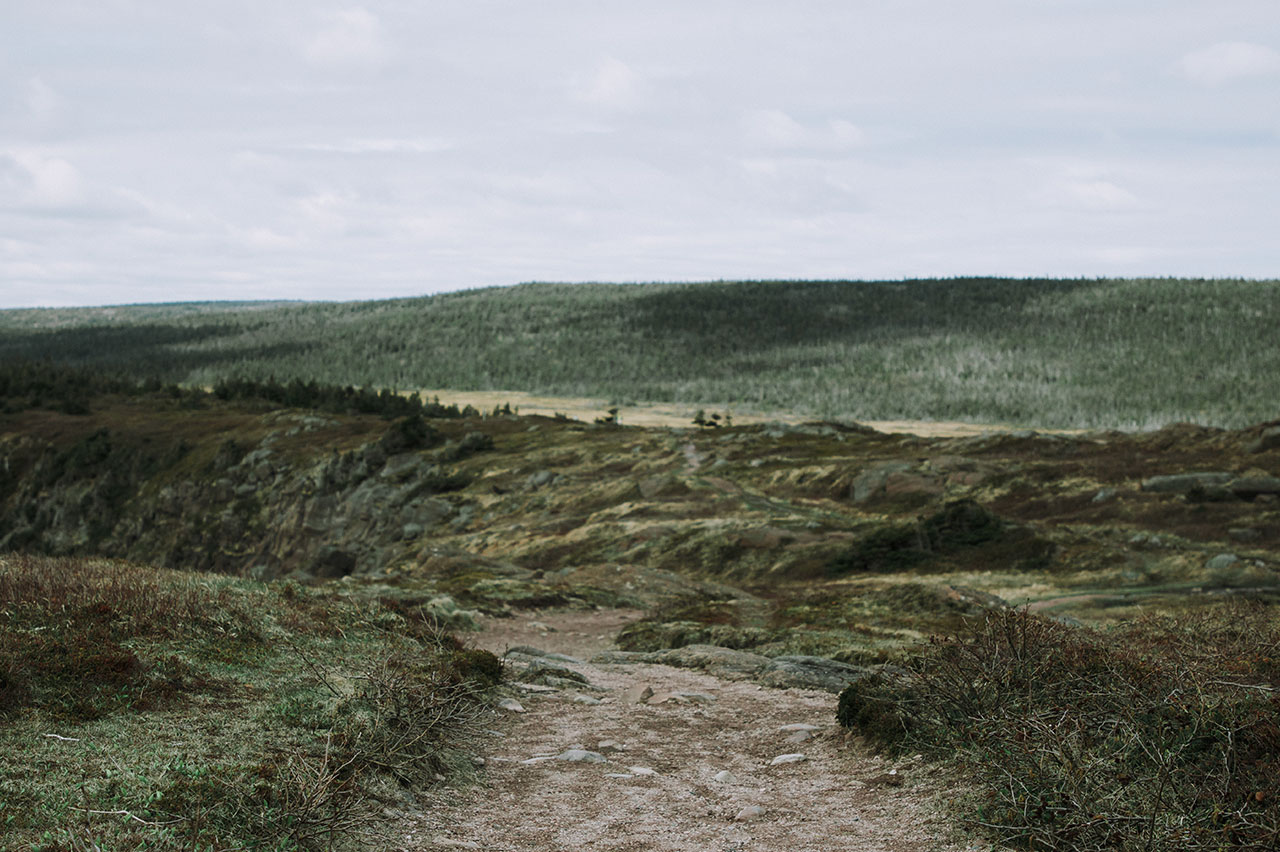 High on the cliff, a hiking trail begins and carries on for miles along Canada’s most eastern edge. From St. John’s harbour, two trails (one to the north and one to the south) lead to days oft exploring quaint villages in the fresh salt soaked air. 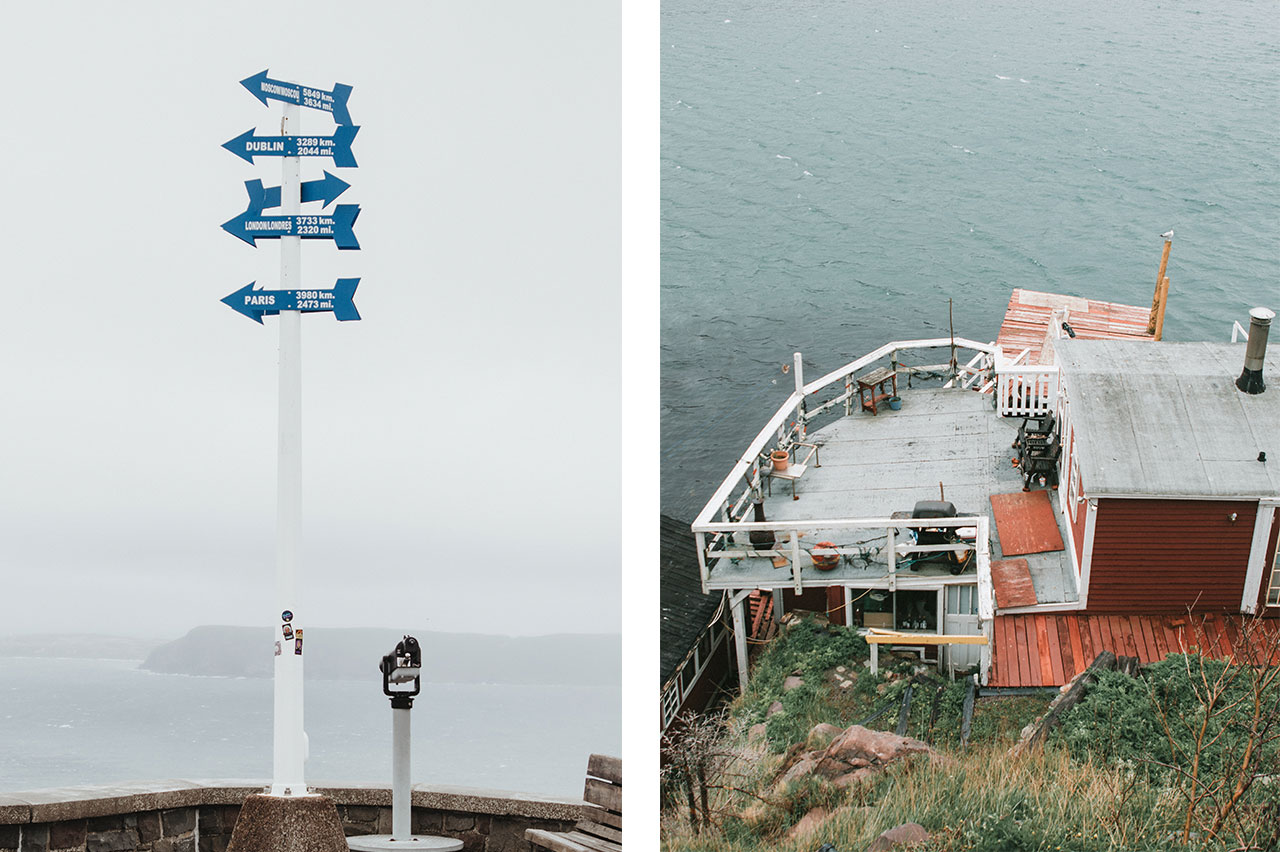 Start the morning with a walk through the eclectic streets of St. John’s into the cliffside community build along Outer Battery Road. Where the road ends the trail begins, marked by crossing over the front porch of the last house in town. Rounding the cliff, views of the Atlantic engulf the panorama. Wind through the boardwalk trails, over the footbridge and past the groupings of red Muskoka chairs and you’ll have climbed hundreds of steps up to the historic Signal Hill.

Cabot Tower, the castle-like structure that sits atop the hill, was built in 1897 in honour of the 400th anniversary of John Cabot‘s discovery of Newfoundland and Queen Victoria’s Diamond Jubilee. Today, beyond the sweeping views of the coast and St. John’s harbour, visitors can join in on a plethora of Parks Canada’s summer experiences including firing the noonday cannon.

Stop in at the The Newfoundland Chocolate Factory, located at the visitor’s information centre, for a picnic-ready lunch to take with you on the last leg on the trail. By mid afternoon you’ll find yourself amongst the seaside homes of the Quidi Vidi inlet, a quaint pocket of homes that has retained all the charm of an east coast fishing village. End the day with a flight of beers at Quidi Vidi Brewery taking in the vistas or cozy by fireside at Mallard Cottage sampling Newfoundland cuisine. 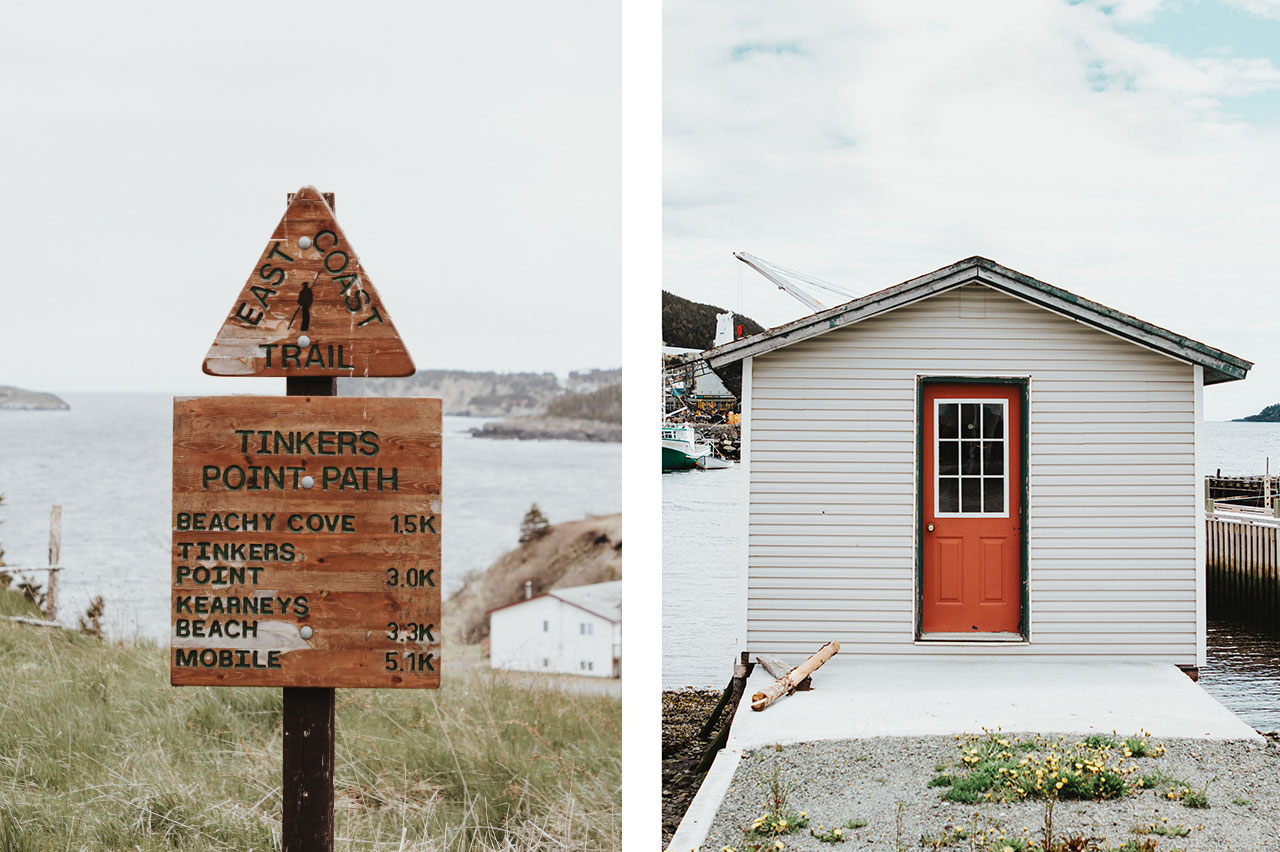 With an early morning at Cape Spear, welcome North America’s first sunrise of the day as it peaks up over the gradient blue horizon. Beyond the wooden staircase and past the pure white lighthouse the trail begins. The paths meander for over 500 kilometres of coastline through meadows, past craggy shoals and into small fishing villages like Tors Cove and Petty Harbour where quaint shops like The Watershed and The Running Goat make perfect pitstops.

A day’s journey down the trail takes hikers to Bay Bulls where the Bread and Cheese Inn, a red shiplap home poised cliffside in rolling grass pastures, welcomes wayfare travellers. Their newly-opened restaurant The Keel, dishes up a savoury menu with ingredients from local producers and foragers who are friends of chef Leanne Vail. End the day exploring the coastal beaches around the Inn or continue on by foot to find more beauty and charm along the coast. 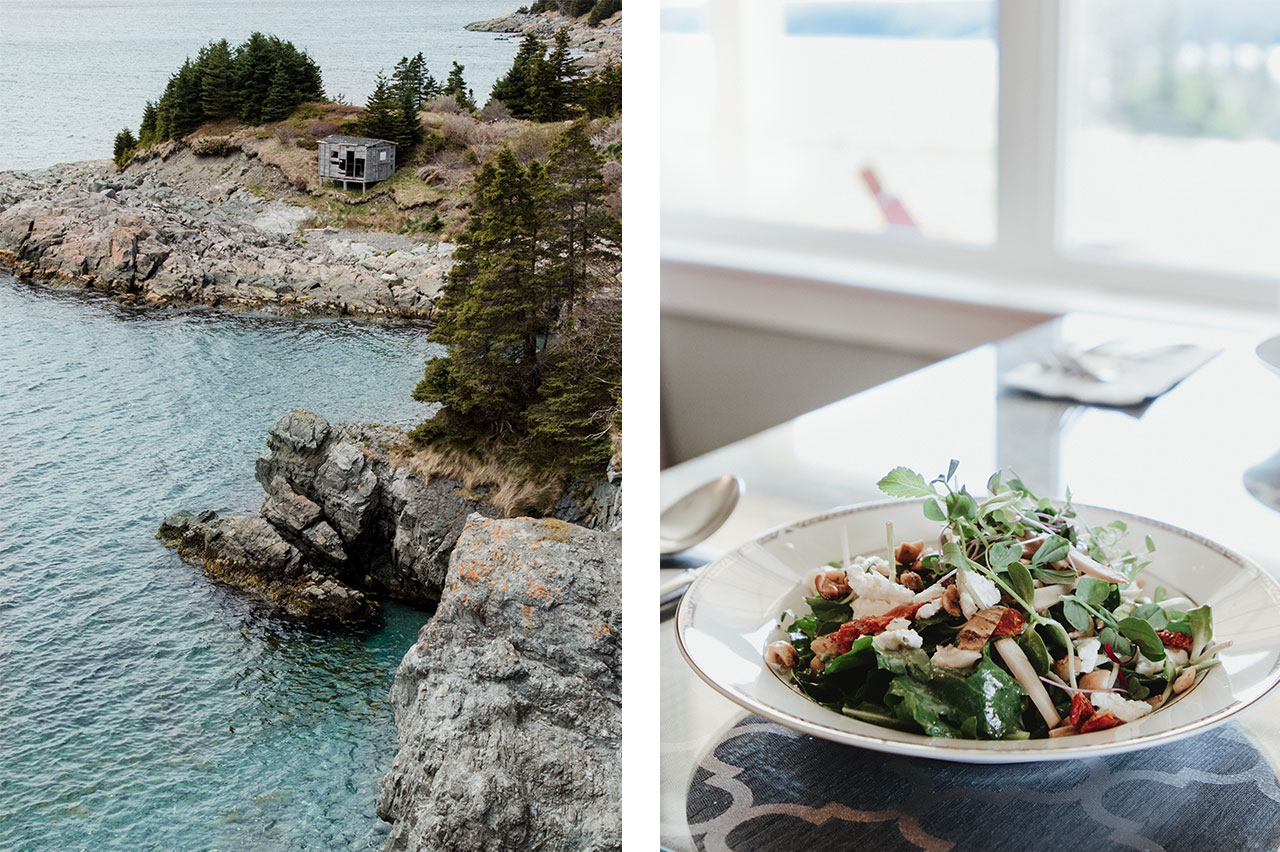 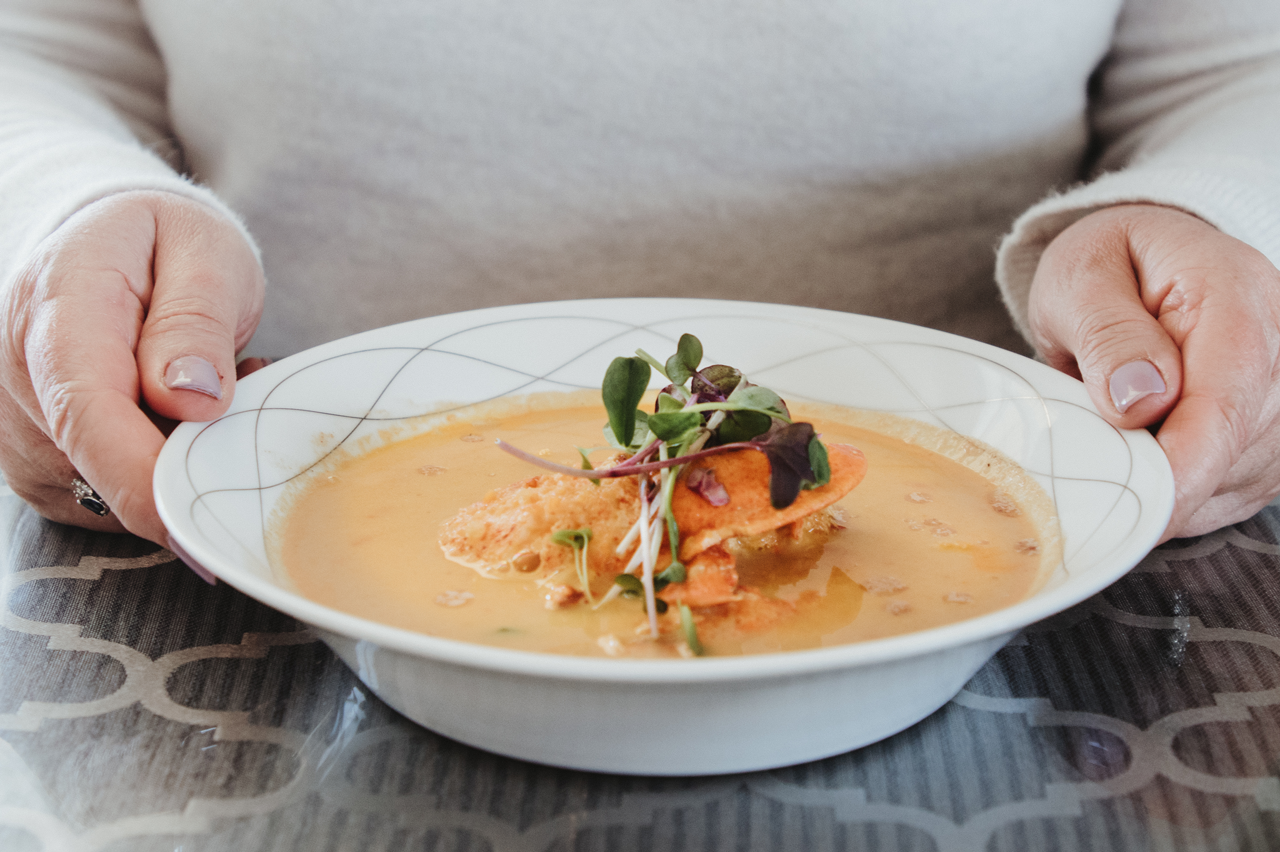