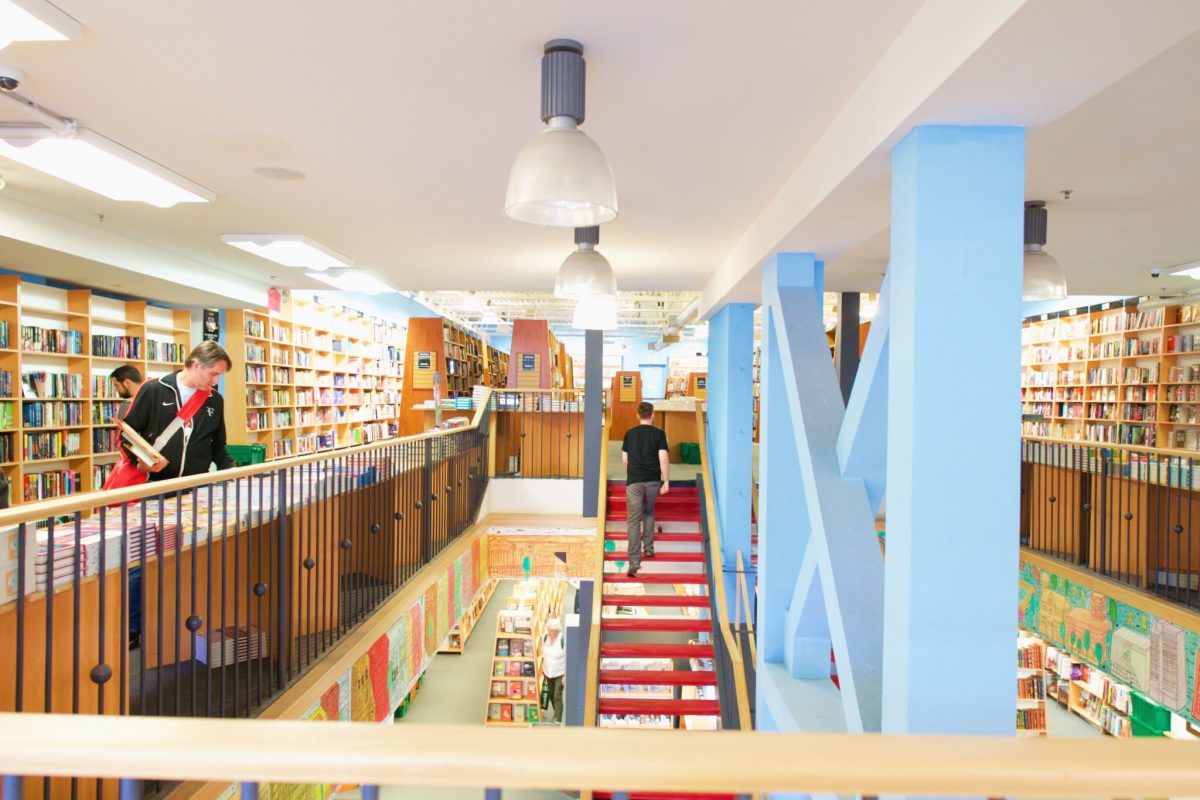 There’s a charming duality to the Annex.  A quiet residential core and bustling perimeter conjoin to serving aspiring students and affluent professionals, locals and tourists. With so many options for dining, shopping and hanging out it’s hard to narrow them down. Here are a few favourites across this popular Toronto neighbourhood:

Juxtapose is your go-to for eclectic greeting cards and gifts, from quirky patches and pins to totes and candles. Juxtapose offers free gift wrapping with in-store purchases, and proceeds from gift wrapping for items not purchased at the shop go to charity. The original gift shop in the Annex opened in 1992, and recently expanded with a sister store, Juxtapose Home, in neighbouring Koreatown.

BMV Books has become the place to buy and sell used books in Toronto since opening in 1997. 10 years in, BMV Books opened its flagship location in the Annex, an expansive four floor shop with the widest selection of second hand and discount books, comics, magazines, music and movies in the country.

The Hot Docs Ted Rogers Cinema opened in spring 2012, helping to save the iconic Bloor Cinema from turning into a big box style store. Home to the Hot Docs Festival, the largest documentary festival in North America, the cinema screens documentaries year-round and hosts a wide range of events such as the Hot Docs Podcast Festival and Curious Minds Weekend.

Snakes & Lattes was one of the first board game cafés in North America, starting with the Annex in summer 2010. S&L has since expanded to Little Italy and Midtown, as well as Tempe, AZ – plus two opening soon in Guelph, ON and Tucson, AZ. S&L boasts an unparalleled game selection, personalized service, impressive selection of craft drinks and accessible food menu. Stop in for a first date, family get- together, night out with friends, or book the space for a teambuilding event.

Chadwick’s is an absolute hidden gem in the north end of the Annex. Owner Sarah, Executive Chef Pablo and their team provide a welcoming atmosphere and an ambitious yet focused menu, drawing inspiration internationally that perfectly represents Toronto’s diversity. Everything is made from scratch in-house using local, wholesome ingredients. Originally known for their weekend brunch bennies, regulars favour the Lonely Burger, fried chicken, desserts made personally by Sarah, and the ever-changing line-up of specials.

Greg’s Ice Cream opened in 1981 and was the first to serve premium small-batch ice cream in Toronto. Focused on doing something simple really well, Greg’s offers a rotating line-up of mouthwatering ice cream flavours that remain largely unchanged since the 1980s. Locals love the roasted marshmallow and coffee toffee. The shop is cash-only and hours change on a whim, but it’s all well worth it once you try a scoop, or 10.