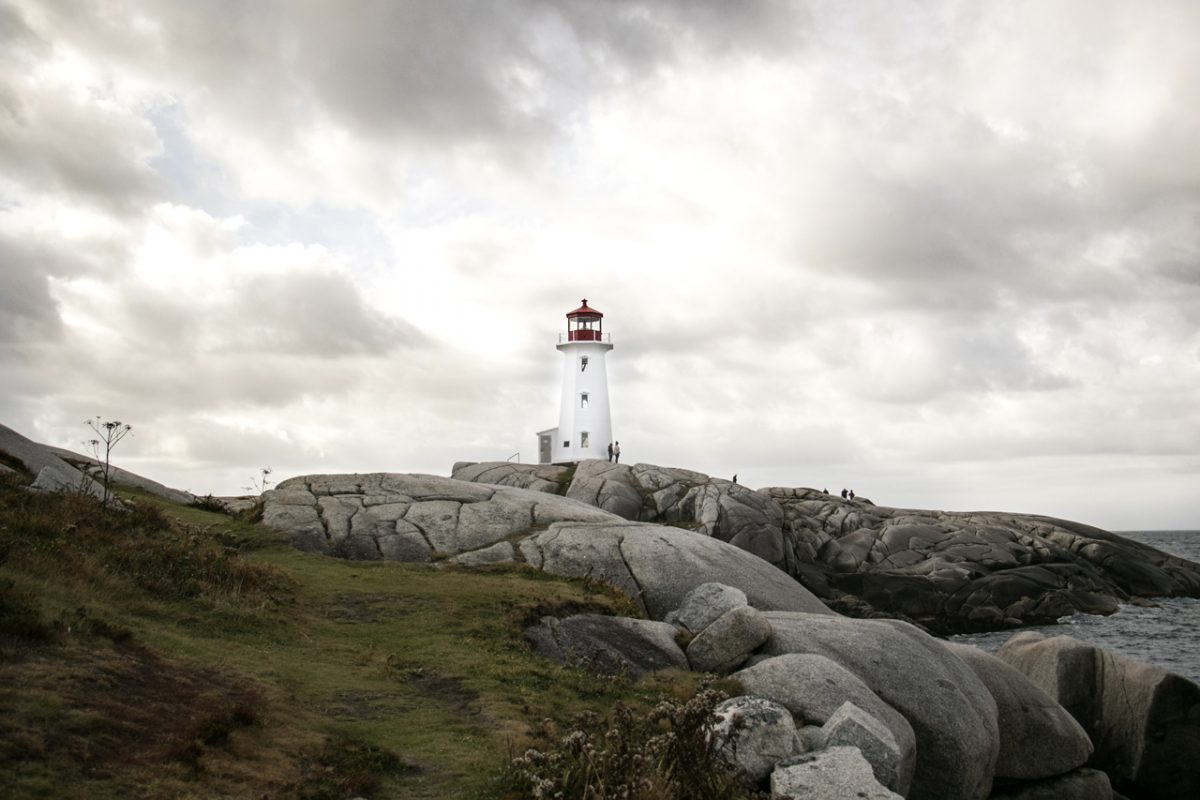 Halifax And Beyond: A Day Spent Along The Nova Scotia Coast

Bundled up in rough wools and warm scarves, we climbed out onto the smooth, rocky shoals of Peggy’s Cove, watching the waves stroke the shore with their powerful wash.  The seafaring village has retained its rustic charm, weathering the storm of visitors that pour in to see the iconic spot year after year. A few small shops line the long, winding road that leads through town. The smell of buttery lobster rolls from a nearby restaurant mix with the taste of salty ocean air – the result, a soul-filling aroma that perfectly complemented the vistas surrounding us. 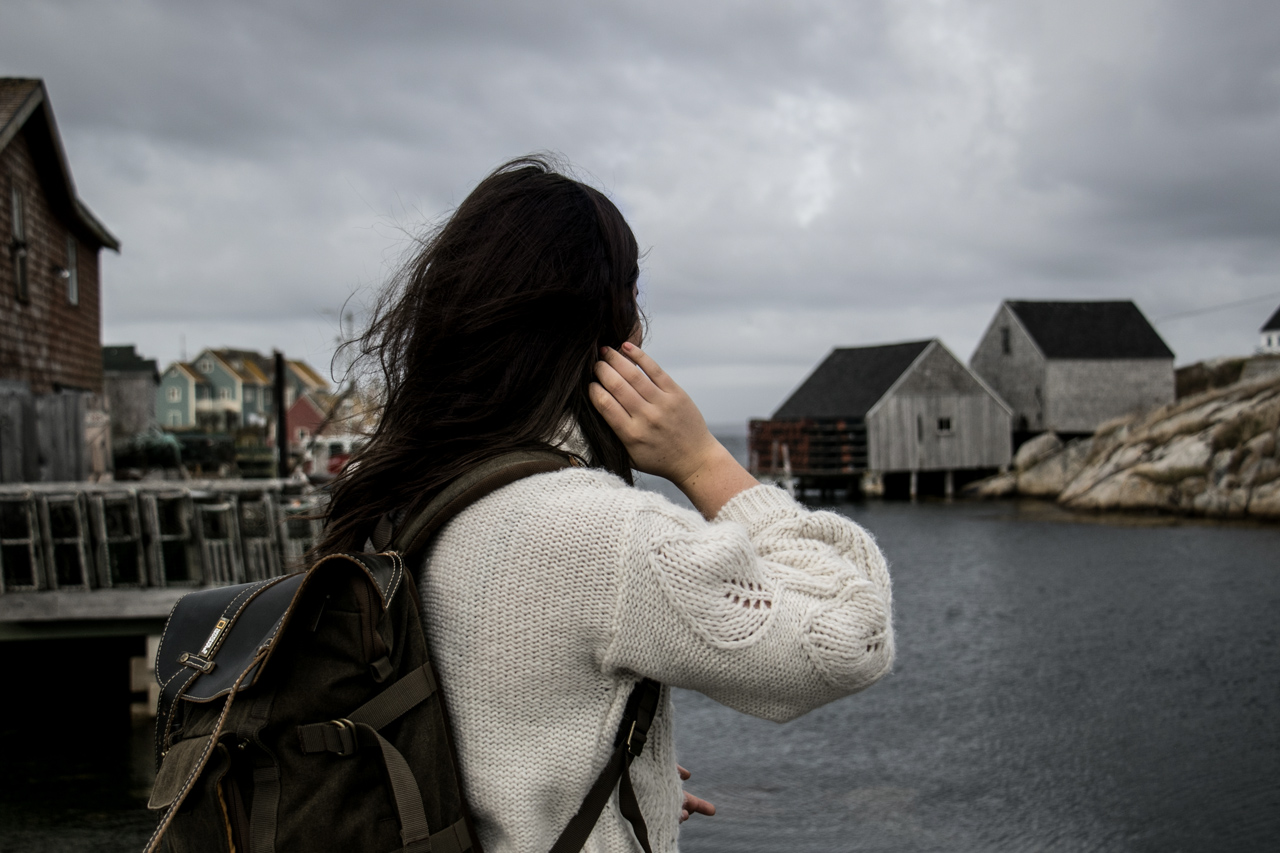 With an idyllic lunch spot in mind, we headed further down the coast to the equally enchanting vistas in Lunenburg, stopping to eat at The Salt Shaker Deli for clam chowder and craft beer. The scenic route led us down twisting coastal roads through towns like Mahone Bay, where shops have ironic names like Have A Yarn and Oh My Cod, and local fishing boats seem more plentiful than cars. 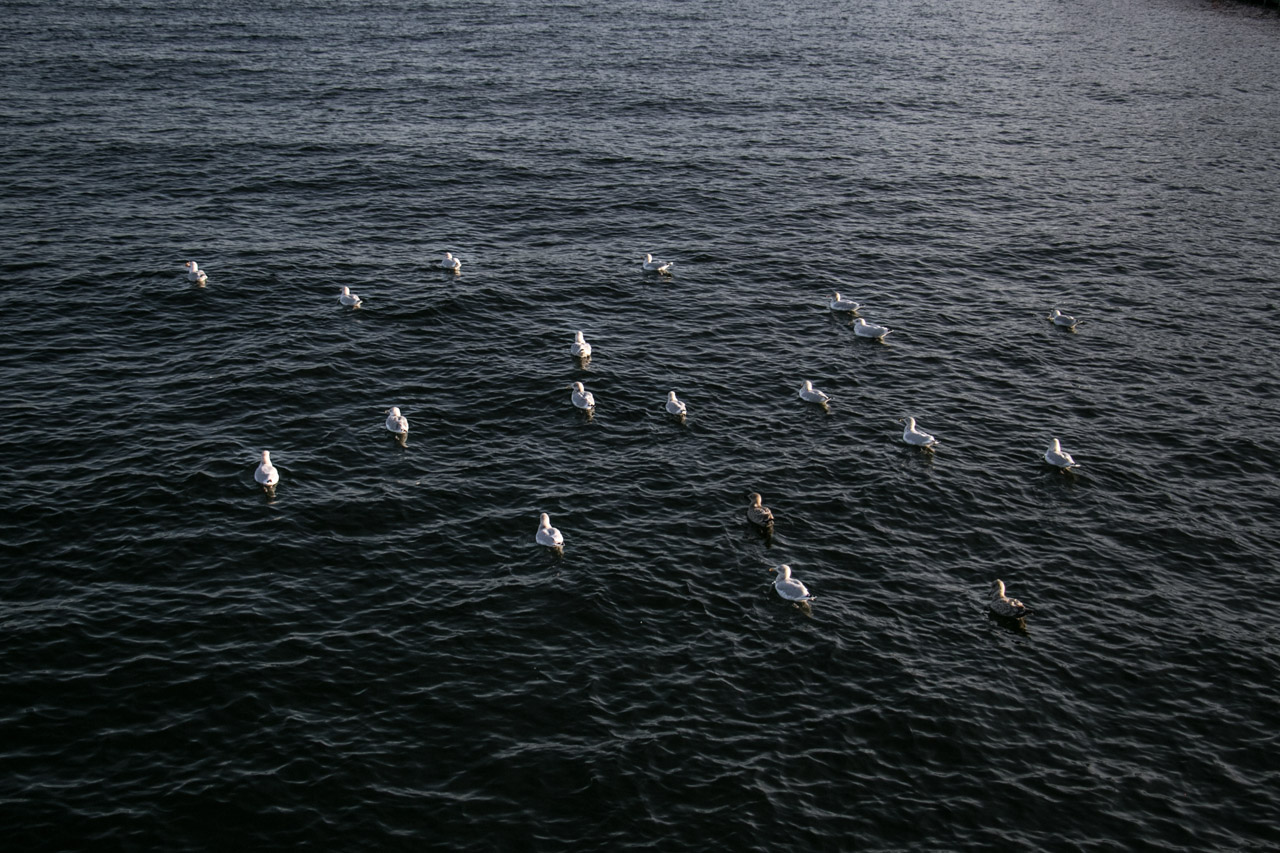 After exploring the quaint villages beyond the city, we made our way back to Halifax to explore its own unique East Coast charms. Thirsty for another pint of Nova Scotia lager, we stopped by Lower Water Street to tour the original Alexander Keith’s Brewery. The experience included a chance to sample more than just speciality brews like their Lunenburg Coffee Stout. The tour served up a taste of old Scottish culture with live music in Keith’s basement cellar as we sipped cold, crisp lager and listened to the echoing melodies of The Parting Glass, a traditional Scottish song. 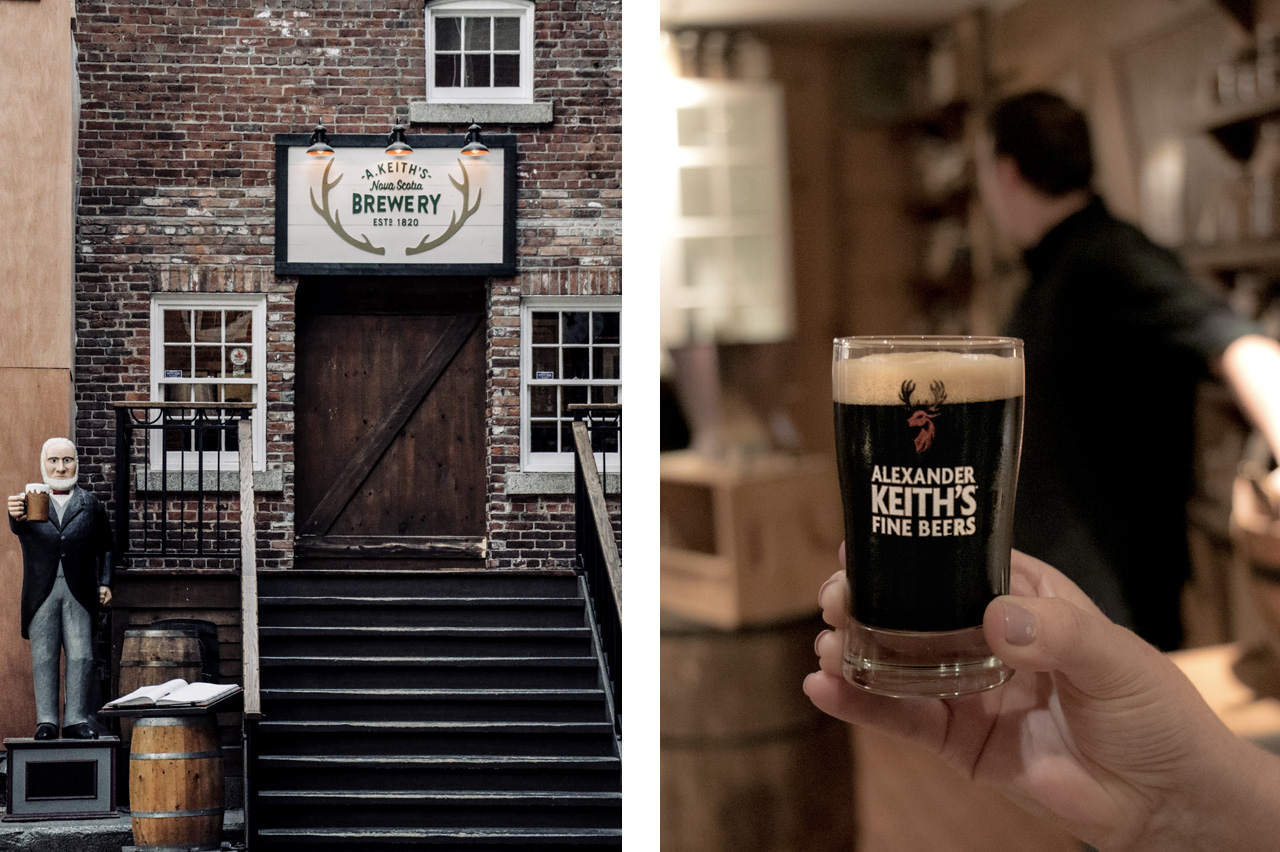 Nearing sunset, we headed to the wharf and sat watching yachts return to the harbour and cruise ships leaving port. As the sun set and the lighthouse on McNab Island shone its golden light across the water, we stopped for a bite at The Bicycle Thief on the harbour wharf. The Italian bistro holds its own East Coast flare with nautically-infused decor and a menu plentiful in locally-sourced seafood. With a table by the window, we watched the boats sway with the ocean swells as we sampled oysters and cocktails.  Touted as a favourite by both locals and visitors, The Bicycle Thief is busy even on an early Monday evening. Other nearby eateries like the Courtyard at Lot Six and Two Doors Down on Barrington Street make a great alternative. 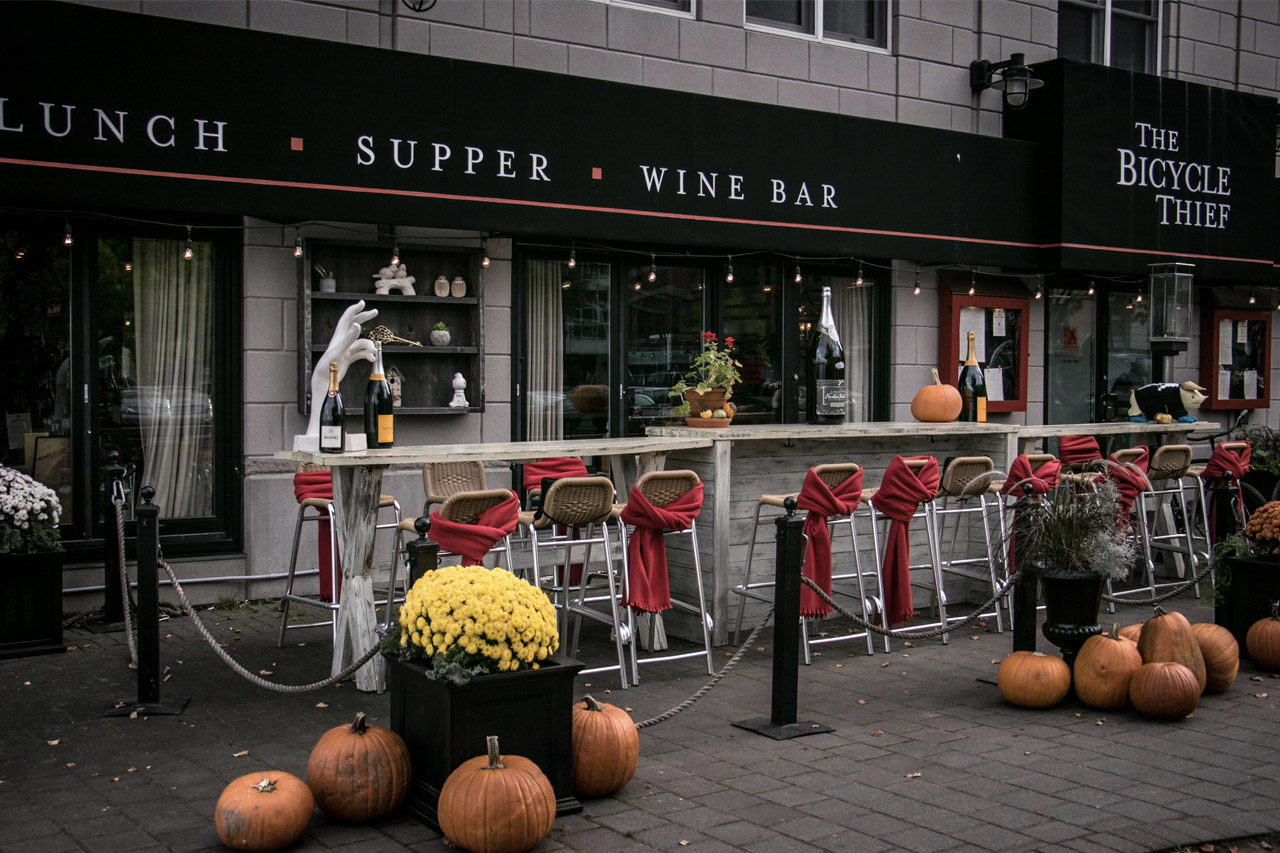 We ended the day with a stroll down the harbourfront, wishing the sea goodnight after an indulgent day soaking in our favourite bits of Nova Scotia’s East Coast. 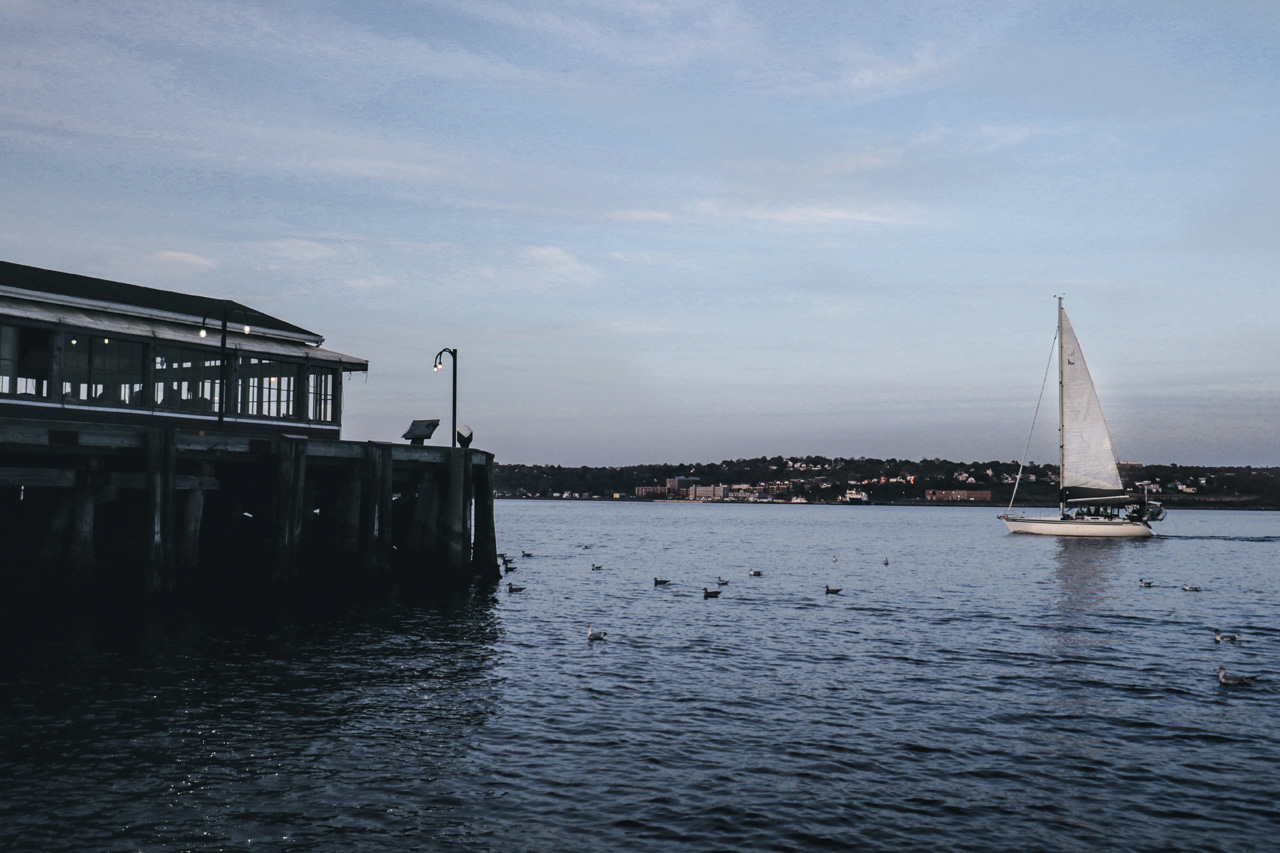