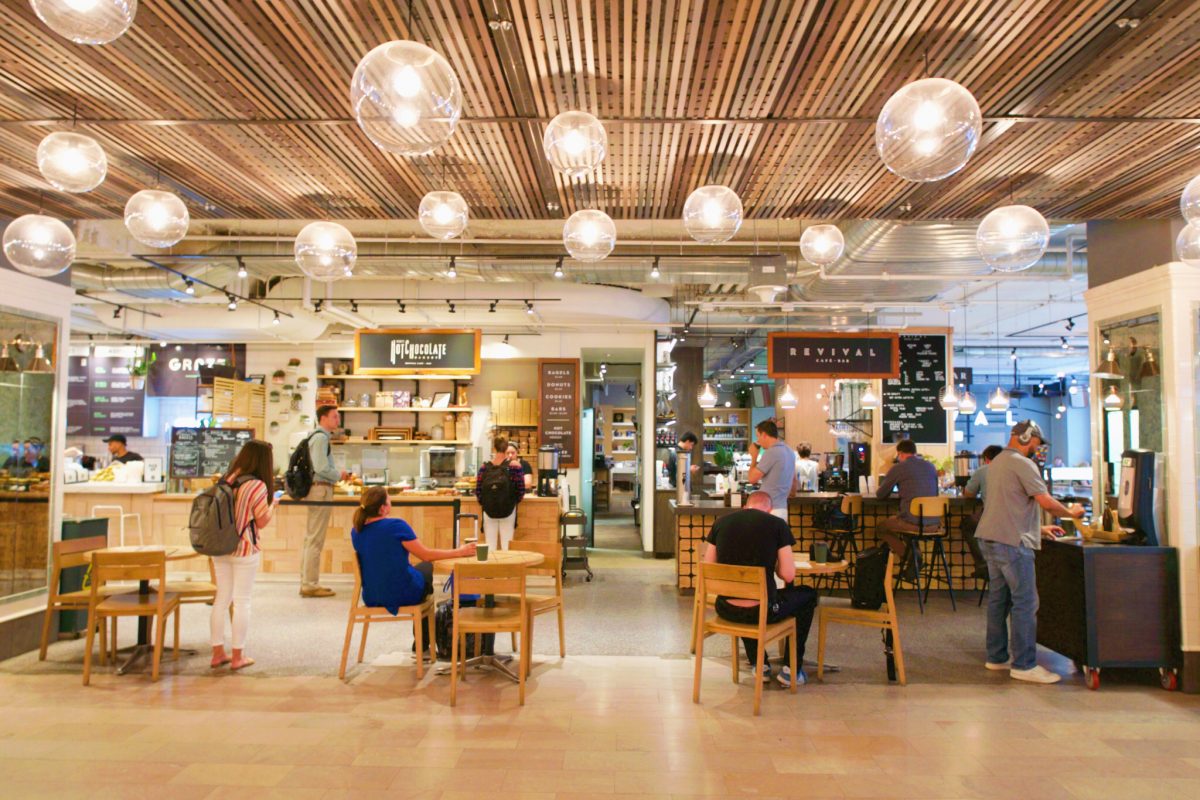 The food hall craze has hit the Windy City, offering an elevated alternative to fast food courts across Chicago. With wide selections of farm fresh food and tastefully-decorated cocktail bars, food halls are unparalleled in their convenience, food options, and overall experience – perfect for those on the go, travellers seeking some of Chicago’s most iconic eats, and big groups satisfying various appetites. Here are the top five food halls to hit up in Chi-town.

Only have a short time in the Windy City? Check out our 24-hour guide to Chicago here.

Starting with the hall that started it all, Chicago French Market opened its doors in West Loop in 2009. Nestled in the Ogilvie Transportation Center, Chicago French Market honours old school French flair with Parisian street signage, café-style seating, and a sprawling selection of fresh groceries and grab-and-go food from more than 19 international cuisines and 30 vendors.

Behind the same minds of acclaimed Chicago eateries Au Cheval, Doughnut Vault, Bavette’s and more, Aster Hall is a two-floor deco-inspired hall on Magnificent Mile. Sixteen vendors serve up food from around the world, but the real highlight is the 6th floor bar and study – a thoughtfully-designed lounge space perfect for winding down with a drink after work or taking a break during a tour along the Mile.

Anchored on the northern border of The Loop, Wells Street Market features nine food stops spanning from sushi and fried chicken to tacos and gyros. The biggest draws are the Grand Central Bar, as well as Firecakes – a Chicagoan go-to for delightfully decadent doughnuts – both of which are open an extra hour in the evening to serve theatre-goers and workers punching out for the day.

Revival Hall opened its doors in The Loop in 2016. The 24,000 square foot hall, found on the ground floor of architectural landmark The National, is solely focused on serving up Chicago’s most cherished neighbourhood eats on the go, and is proudly home to branches of critically-acclaimed Chi-town restaurants like Mindy’s HotChocolate and Smoque BBQ.