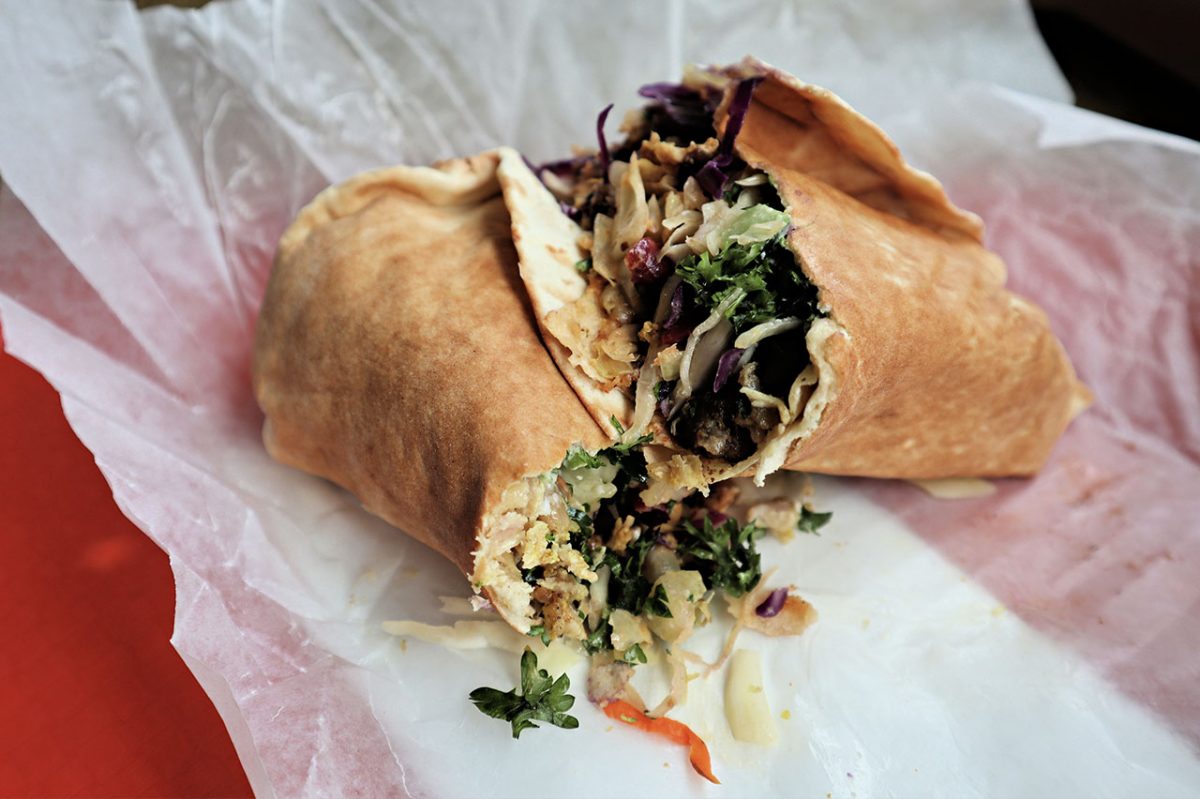 We can’t always count on hunger to abide by the standard meal times, and sometimes we find ourselves seeking satiation long after most restaurant kitchens have closed. Thanks to Toronto’s culinary night owls, however, our after hours eating options aren’t limited to greasy takeout pizza or questionable street hot dogs. Whether you’re burning the midnight oil at work or you’ve built up an appetite over a night of bar-hopping, these are the best places in Toronto to eat great, even when it’s late.

Late-night food venues are rarely known for their beautiful aesthetic, but Otto’s Bierhalle is the exception to the rule. Greenery dangling from the ceiling evokes the open-air setting of a German beer garden. Funky light installations like Edison bulbs and neon rods illuminate the space in a warm, comforting glow. The late-night menu covers classic Berlin post-bar eats like currywurst with fries, rounded out by carb-driven German dishes like soft pretzels and schnitzel sandwiches.

The best late-night eats are often messy, indulgent foods that we feel free to tuck into with abandon. The eye-winking name “Hot Mess” perfectly sums up this restaurant’s sloppy but satisfying eats.The restaurant is dedicated to tex mex, the Americanized Mexican food that many of us grew up with: Think hardshell tacos, fries topped with chili con queso, and loaded burritos. The relaxed space is decorated with vintage Americana as a nod to tex mex’s southern U.S. roots.

The Comrade offers a cozy setting for winding down your night and a menu that covers all potential levels of late-night hunger. Dishes like the shishito peppers make for easy snacking, but if you’re feeding a serious appetite, the prime rib burger is an essential order. Regularly ranked among Toronto’s best burgers, it features a prime rib brisket mixture patty topped with cheddar, special sauce, caramelized onions, and pickles.

While there are no shortage of shawarma shops in Toronto, Laziza stands out for its fresh ingredients and service that’s more attentive than you’d expect for a grab-and-go restaurant. There are a couple of pleasant tables by the window, but most regulars head here when their late-night craving calls for an affordable, takeaway option. Cones of thinly-sliced chicken and beef roast slowly on rotating spits behind the counter in the restaurant’s no-frills interior.

Bar Vendetta focuses on housemade pasta during the day, but switches things up after dinner with a single late-night offering. After midnight, the restaurant churns out nothing but nachos. The tortilla chips are topped with a cheese mixture of scamorza, cheddar, and mozzarella, along with shredded lettuce, piquillo peppers, pickled jalapenos, Calabrian chili, red onions, and house cheese sauce. The bar’s 1970s throwback decor and retro soundtrack create a chilled out environment for digging into this late-night classic.