A Food Tour Through Hamilton | Read more on re:view 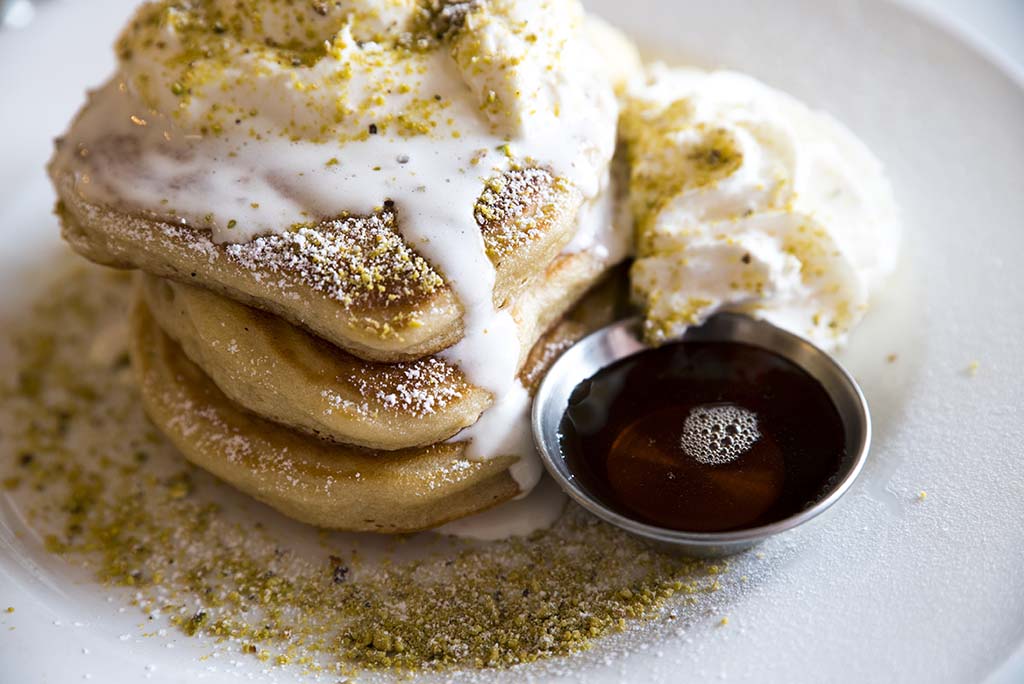 A Food Tour of Hamilton

Hamilton’s creative style has earned it a Brooklyn-like reputation that’s attracting more and more converts, both for the relatively affordable housing and burgeoning food scene. The ongoing overhaul of James Street has seeped into surrounding arteries: a strip of King William Street is chock-a-city-block with trendy restaurants, a cluster of brightly-hued shops and eateries along Barton, and a smattering of cool cafés, bake shops and bars in between.

On a good day (read: any day if it’s not rush hour), you can make the trip from Toronto in just 45 minutes—about as much time as you’d spend in line for Sunday brunch anyways.

From the most Instagrammed pancakes north of New York City, to donuts that sell out before noon, here’s a peek into all things delicious in The Hammer.

A new addition to Hamilton’s budding brunch scene, Motel was made for Instagram: turquoise tiles and Pepto-pink walls, cheeky signage and hip-grandmotherly antiques aplenty. But as much as the menu caters to the iPhone-eats-first set (case in point: the Champagne Pancakes – a spongy stack piled with gold leaf-flecked berry coulis, best snapped alongside a goblet of Flamingo Sangria), Motel is actually as delectable as it looks on screen. The Pistachio Pancakes crowned with a thick layer of marshmallow whipped cream are a personal favourite. 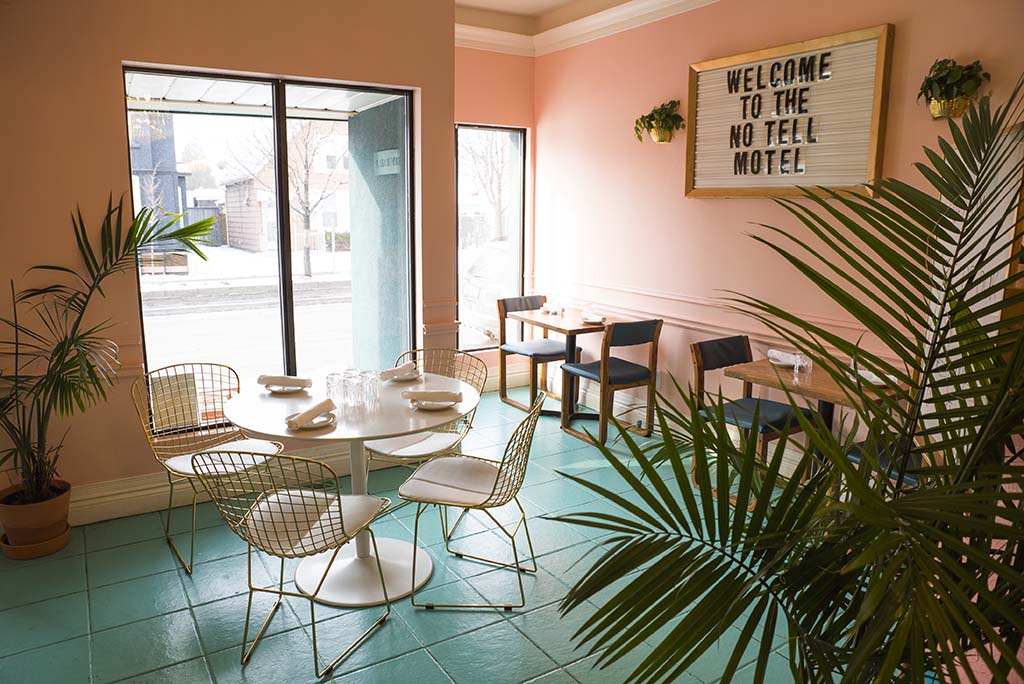 Raising more than $100,000 in 2014, The Mule was Hamilton’s first crowdfunded restaurant—a trend that shows its residents will put their money where their mouths are when it comes to upping the city’s food game. Almost four years later, The Mule still buzzes with regulars from brunch through cocktail hour, devouring stacks of tacos on signature turquoise and lime-green trays and sipping spiced bourbon bevvies. 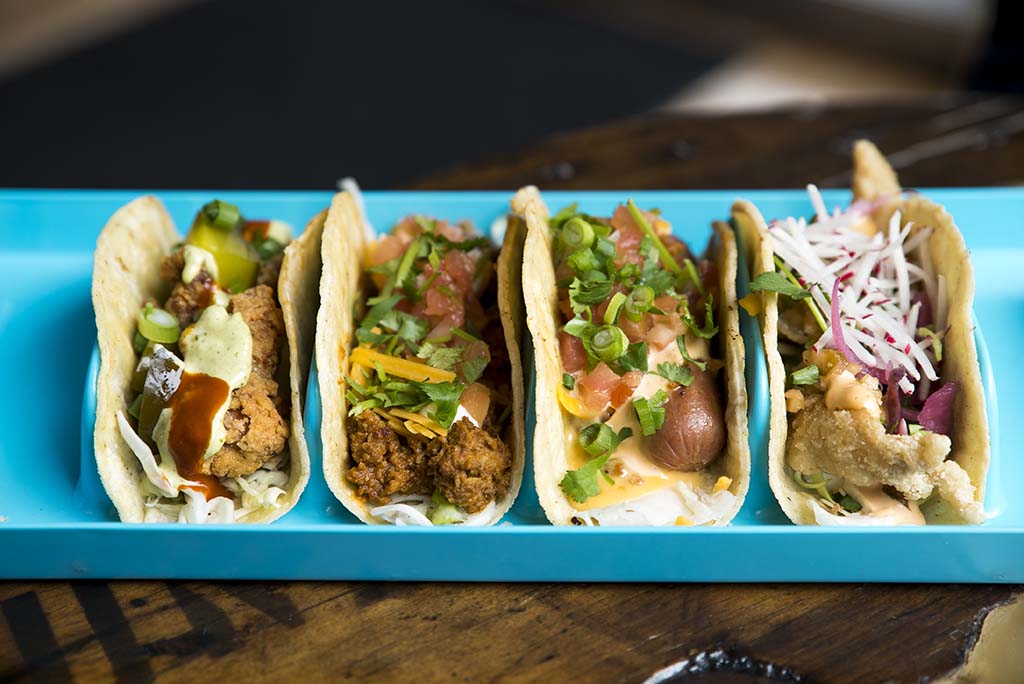 Grabbing a bite before exploring Hamilton’s famed waterfalls? This locally-sourced hole-in-the-wall coffee shop boasts a delicious, detour-worthy brunch menu—a steady rotation of two specials and two staples. Their “Drive Thru” breakfast sandwich, stuffed with a golden hash brown patty and drizzled in chili mayo, is a guilty pleasure best served before a calorie-cancelling hike along the Niagara Escarpment (and alongside a signature Steampunk Coffee). 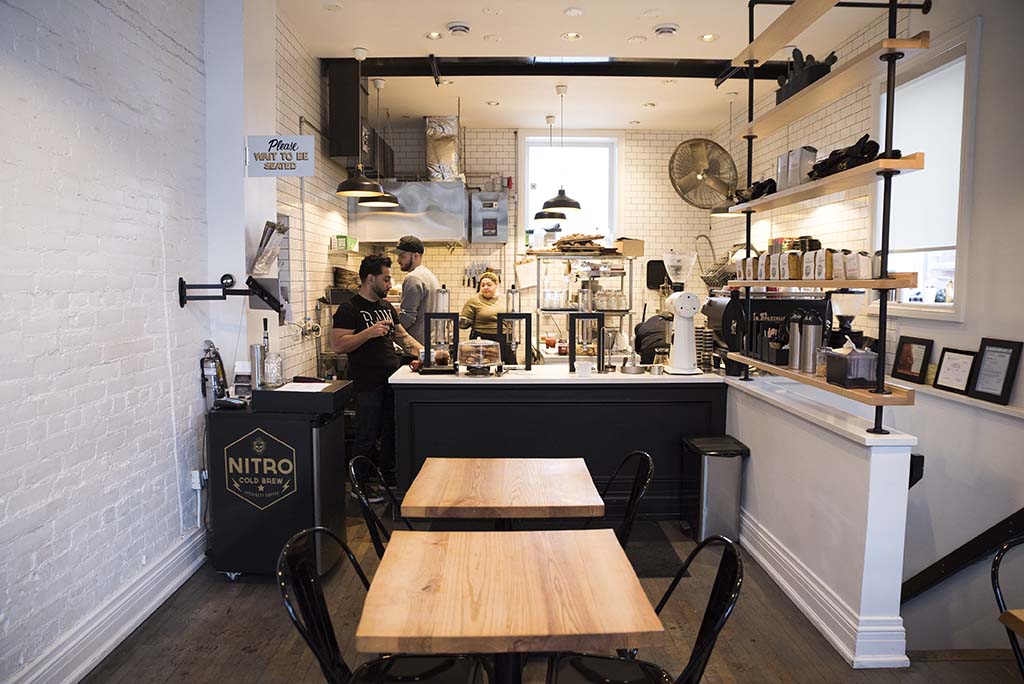 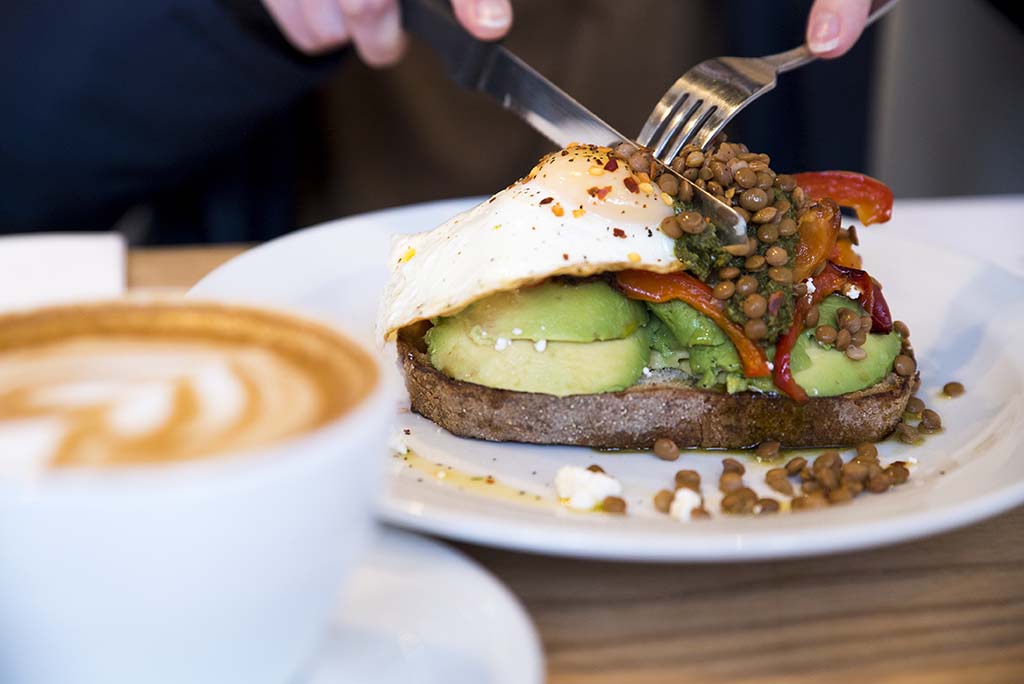 With buttery, leather banquettes and old stone walls redolent of a Québec City auberge, The French is the kind of place you want to stay a while, nursing a glass of Pinot Noir and watching the culinary choreography in the open-concept kitchen. The staff recommend the Flatiron Steak Frites served with a dollop of garlic aioli, the pillowy Ricotta Gnocchi in a puddle of truffle cream sauce, and the Vanilla Crème Brûlée. Can’t score a table? Stroll a few metres down the street to The Diplomat, a lower-key, equally delicious new addition to The French family. 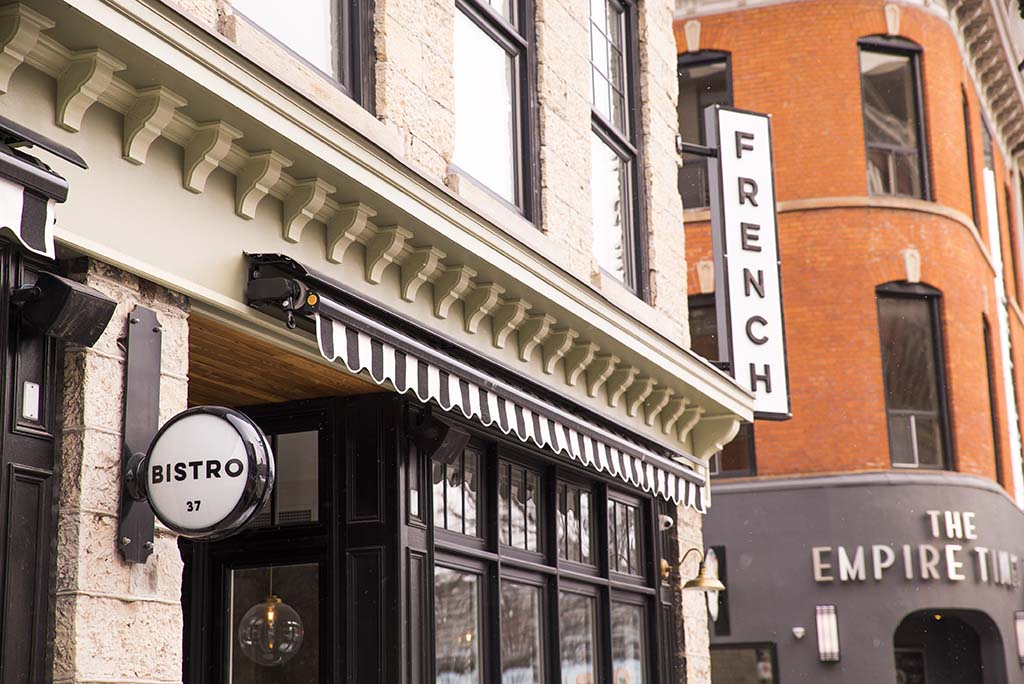 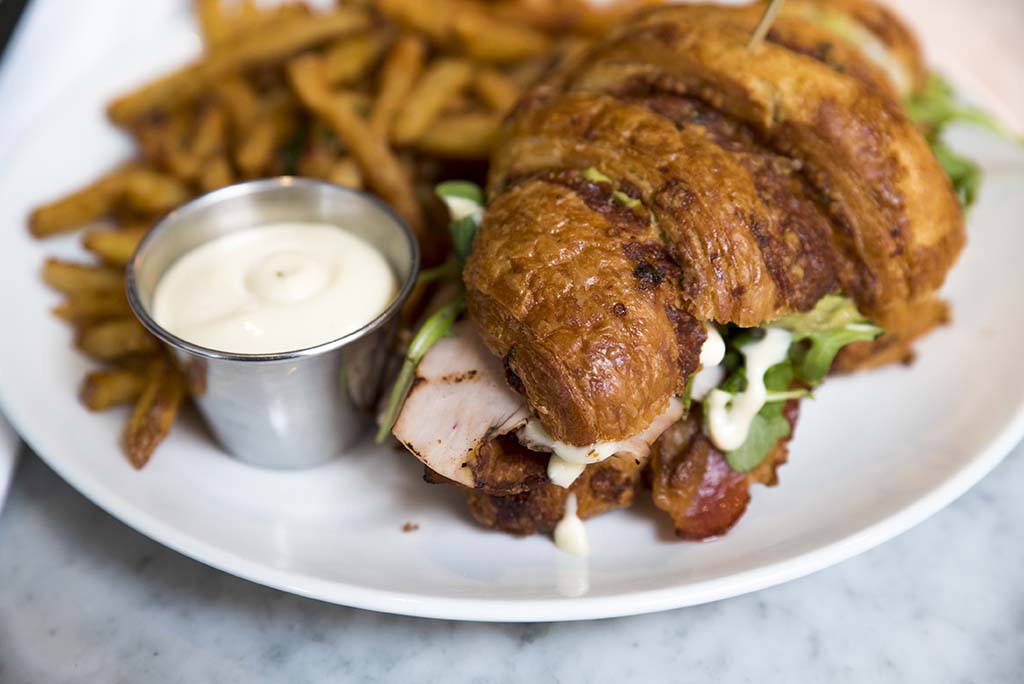 Twelve chairs, seven courses, one seating per night. The Heather—named after chef Matt Cowan’s mom, who passed away the year he decided to become a chef—is a hygge-chic experience from its leek velouté through to the sticky toffee pudding: it is fine dining with gingham napkins instead of white tablecloths. This pretension-free table d’hôte is only available Thursday through Sundays, so reserve ahead of time! 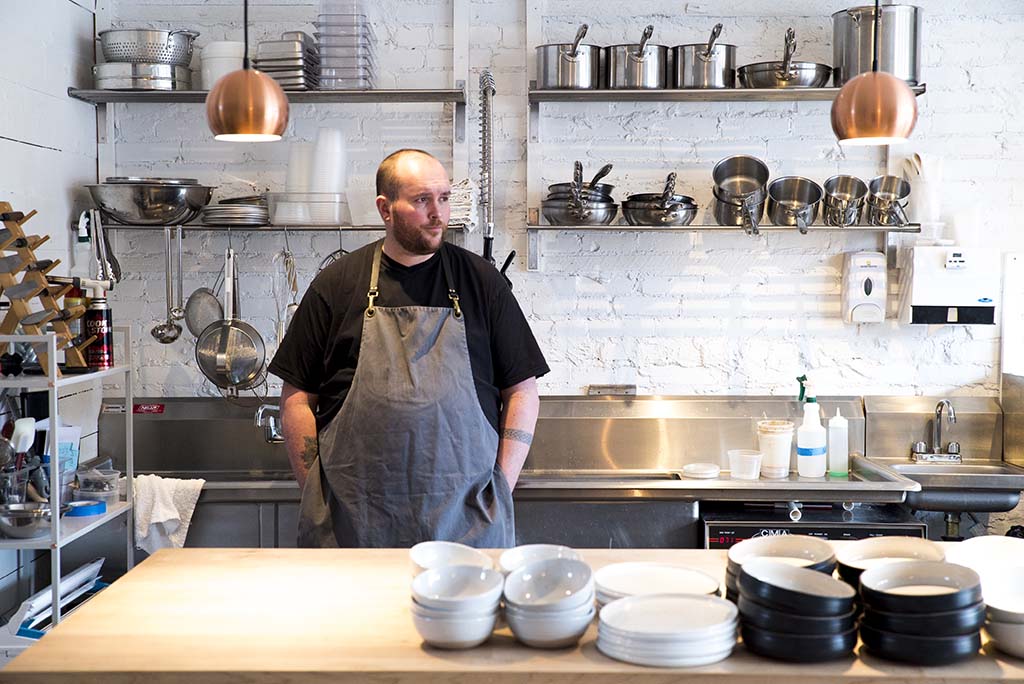 The sky is navy as we pull up to the new Donut Monster storefront and café – it’s 7:20 a.m. and yesterday’s “Sorry, we’re sold out” sign still hangs on the door. Hamiltonians really, really love Donut Monster, the former ‘donut shop without a shop’ that sold small batches out of cafés and market stalls — so much so, they helped the owners crowdsource enough ‘dough’ to move into a sleek, new space of their own. Flavours ranging from the standard (Cinnamon Spice, Café au Lait, Chocolate Toffee) to the sexy (Honeydew Matcha, Raspberry Habanero, Roasted Sweet Potato Fritter) are on an ever-changing rotation. Molten glaze drips down the sides of their fresh-from-the-fryer dough and dents like memory foam when you pinch it between your fingers. Just remember to get there before sunrise for the pick of the fritter. 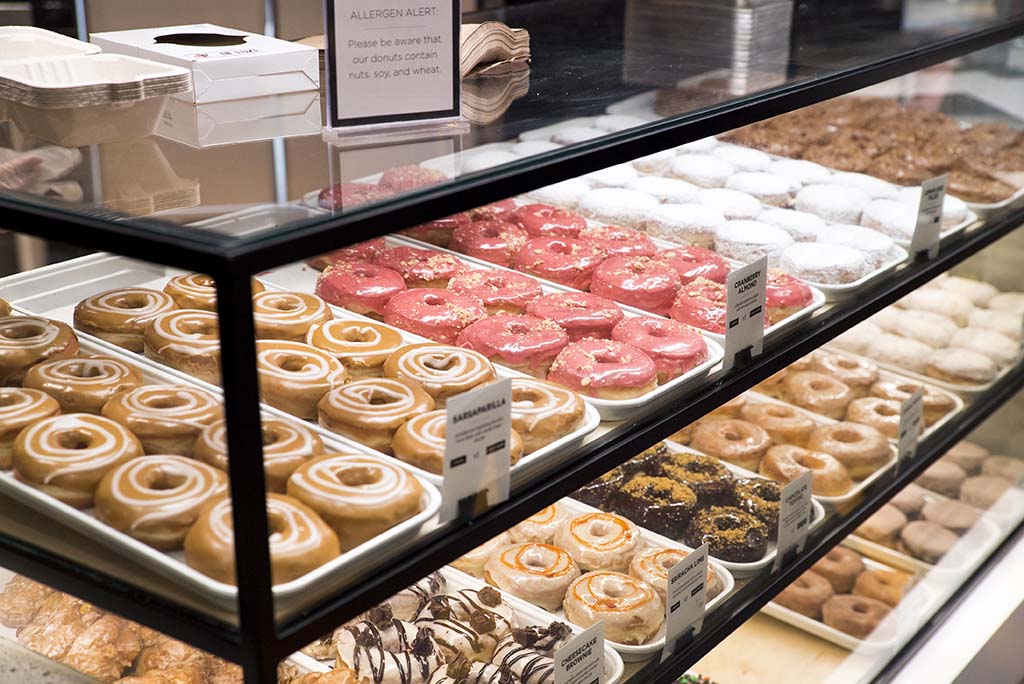