A Day On The Atlantic. See St. John's Icebergs on re:view

A Day On The Atlantic

This time of year, the coast of eastern Newfoundland becomes a treasure trove for the sightseeing adventurist. Puffins are setting up nests throughout the summer, whales are migrating to the eastern coast for food and icebergs are floating down the coastline from Greenland after a warm spring thaw. It’s our hope to see them all.

Though the seas are moderate for any seasoned mariner, the roll of the ocean and the forthcoming sea spray create an aura of adventure on the Atlantic. The excitement thrives on board as we spot the first sign of a humpback whale. Another majestic spray appears on the ship’s port side as the mammoth creature returns to the surface for another deep breath and we all flock to watch. 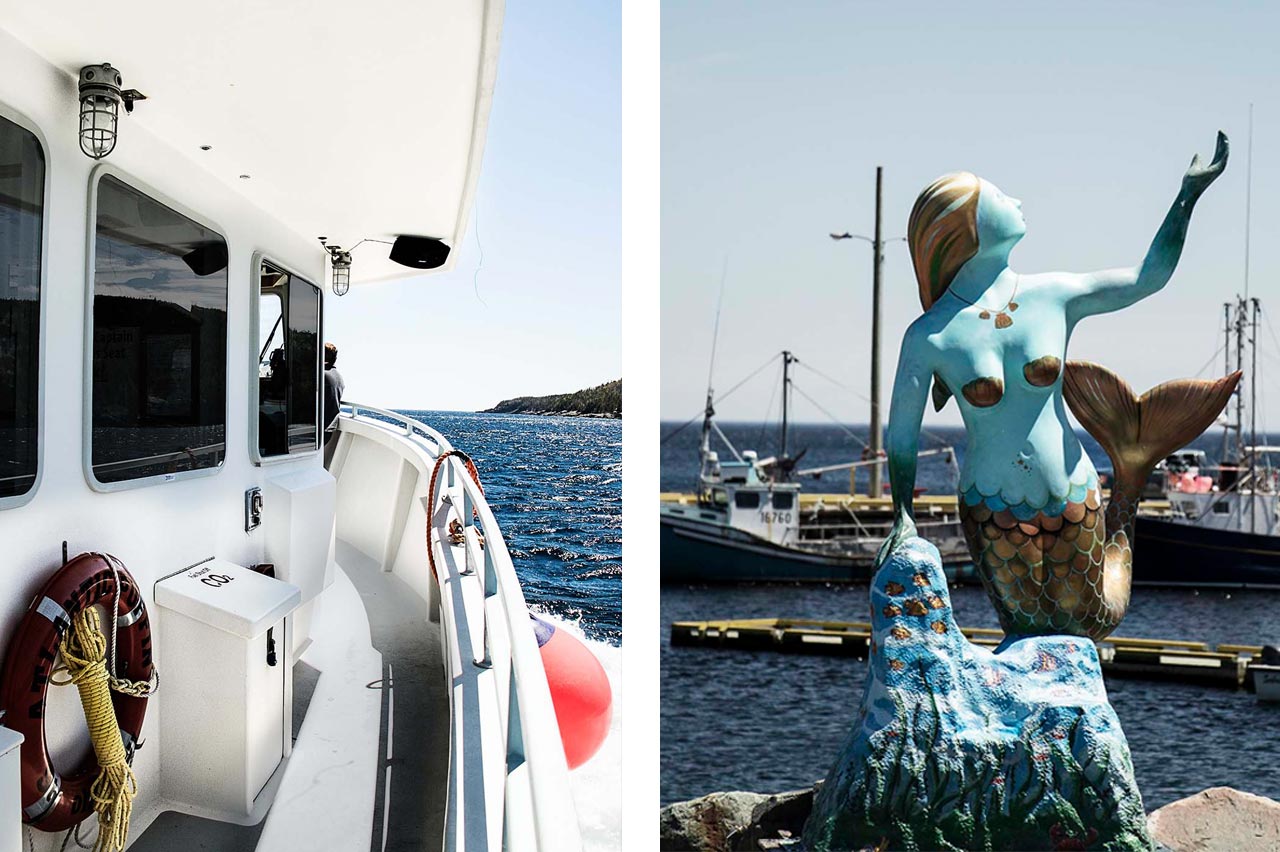 A slow, smooth glide through the indigo water brings the 30-ton whale to the surface. Though the swells are nearly 2 metres, the ocean appears smooth as ice as we watch in silence the whale begins his descent into the deep waters. His dark glossy tail emerges from the water with grace and poise and he is gone, at least for the next few minutes.

A nautical mile to our starboard side, a haven of seabirds make their nest on the rugged cliffs of a secluded island. They group together in such great numbers it becomes difficult to tell rock from bird. 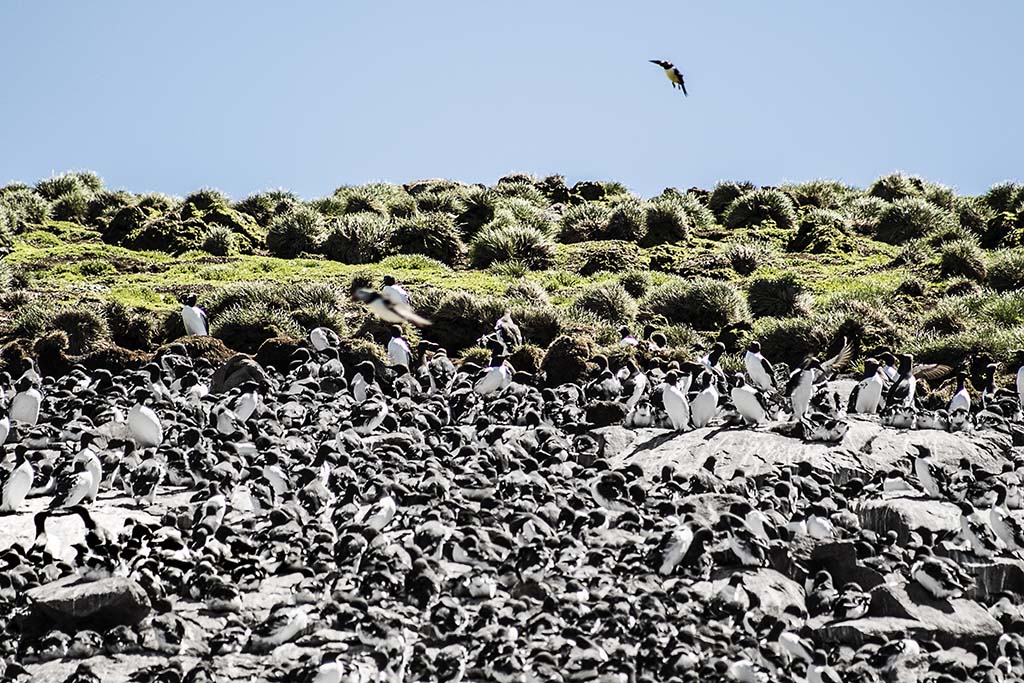 It was a chance viewing of a majestic iceberg, despite visiting in mid-June, that had me in awe. Watching this 1000-year-old chunk of glacier ice making its final journey south to warmer waters, shrinking day by day, was an experience I’d never forget. Where its journey will end is unknown but some have made it as far south as Bermuda I’m told by our guide. 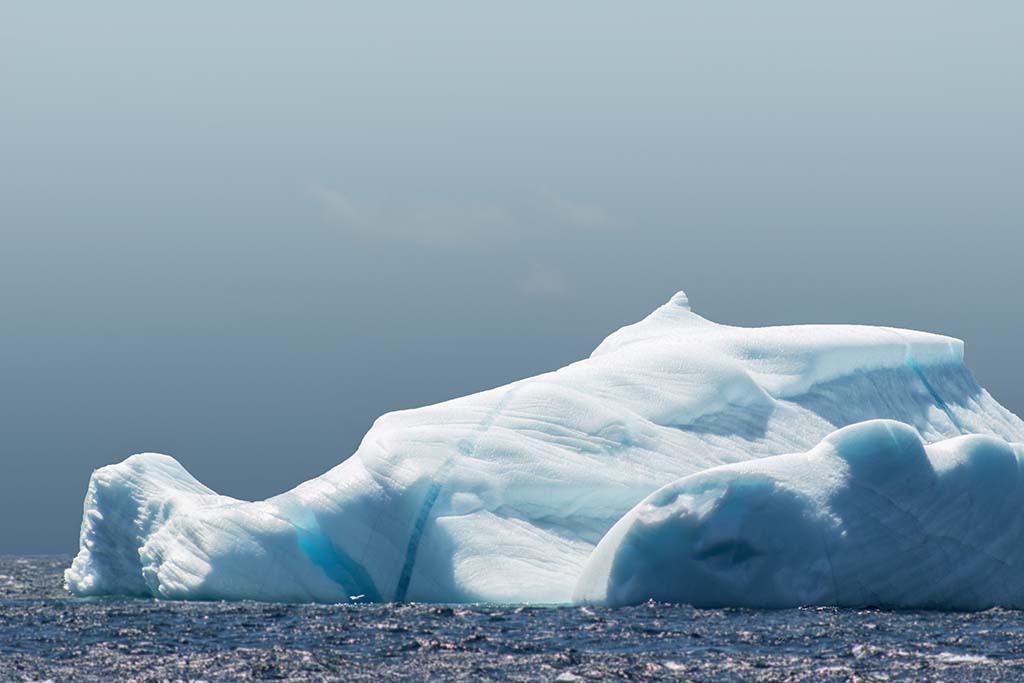 Cobalt lines streak across its body marking the fractures where the ice has thinned and will break away with warming winds and waters. The mountain of ice lying beneath the surface is hardly visible apart from the changing colours of the water where its shape forms small pools and deep crevasses below.

We keep our distance, never turning our backs to its ever changing nature, and happily so as icebergs are best seen from the wide open backdrops surrounding them.

It is amazing that icebergs can still be seen here during the warm temperatures of summer. Iceberg Alley and other famous viewing points are scattered along the northern coast. Nonetheless, bold white pinnacle towers dot the eastern seaside like sentinels guarding our coast. 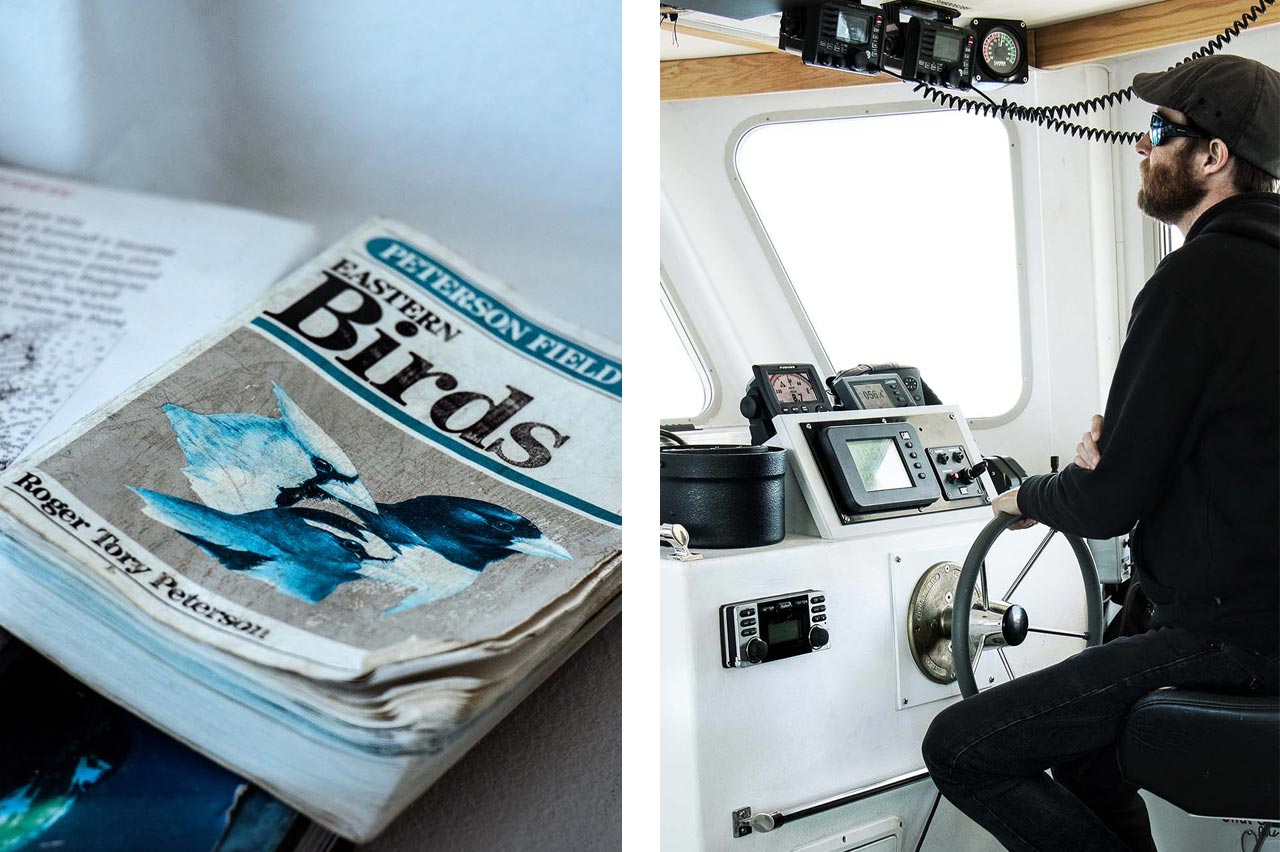 We returned to Bay Bulls having seen everything we set out for. Though only a few brave souls aboard the Atlantic Puffin kiss the cod as part of an official ‘Screech In’ ceremony, we all leave with a new appreciation for what Newfoundland’s coastline has to offer. 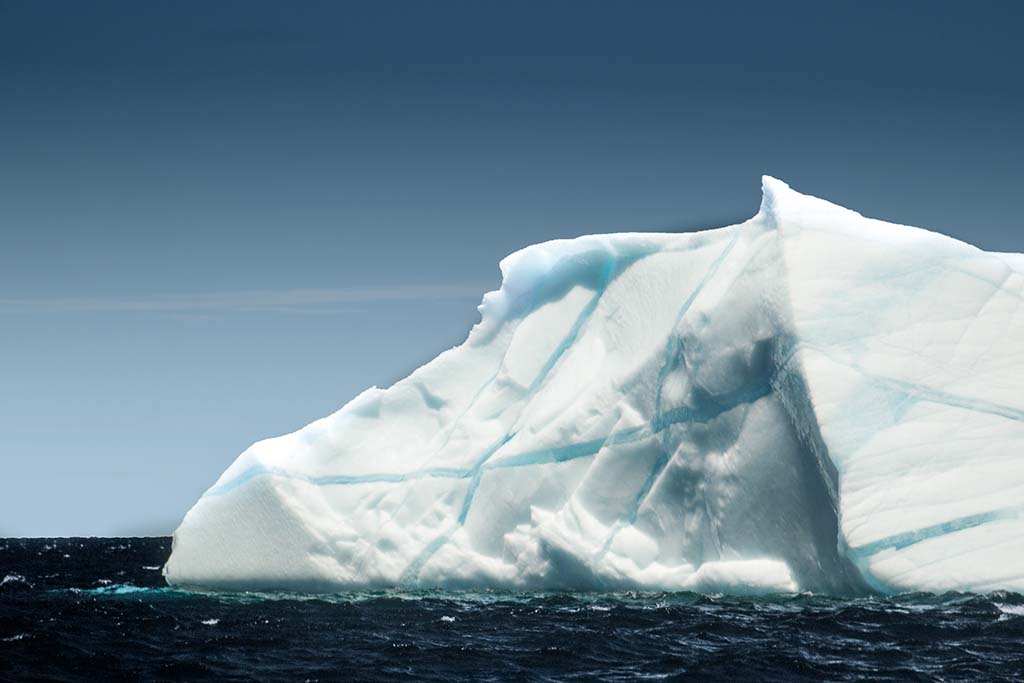 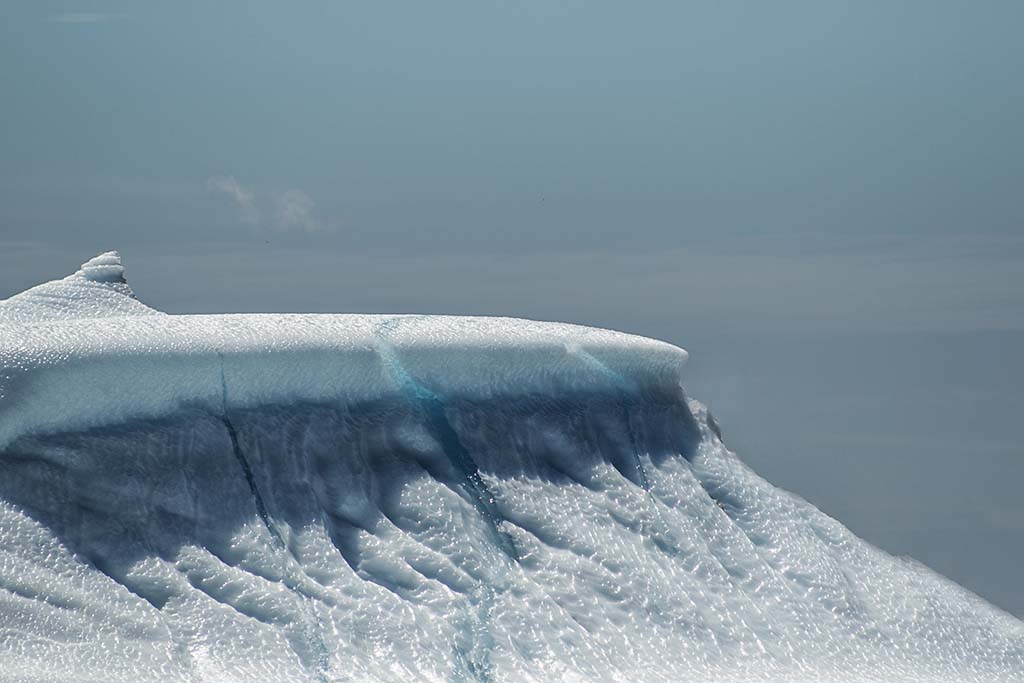