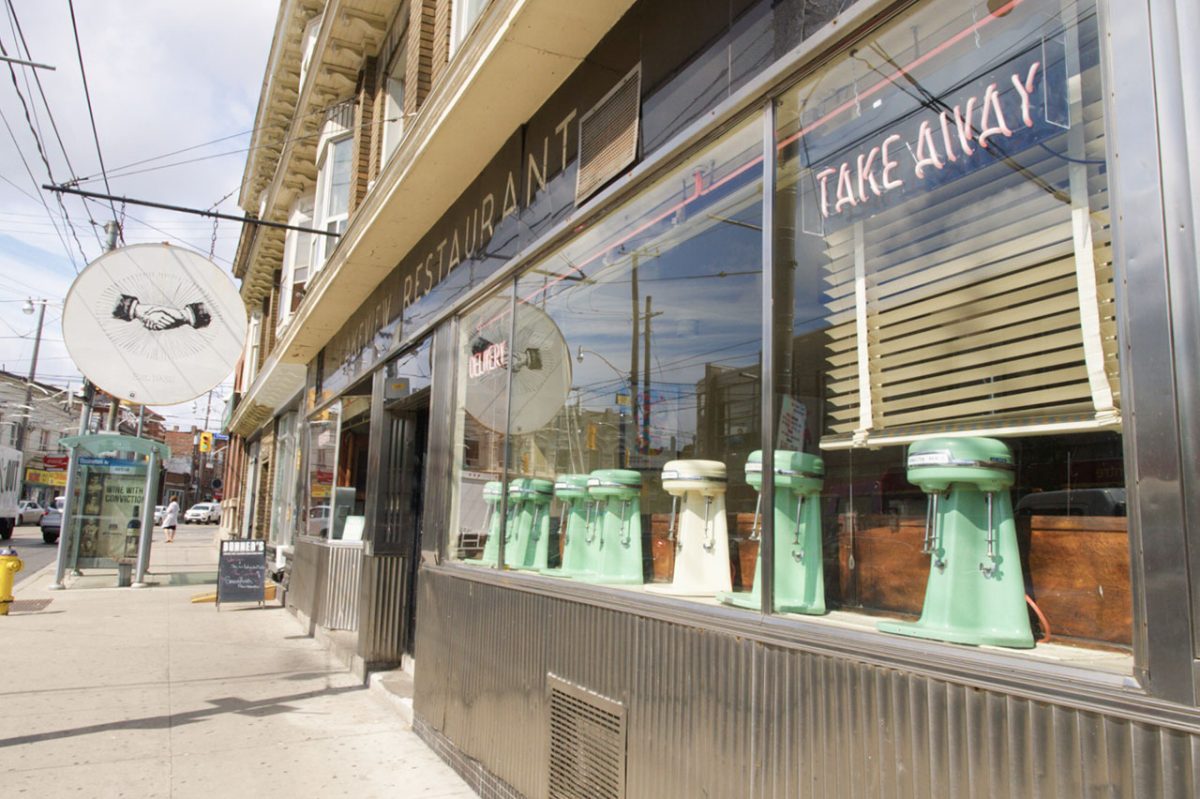 Your home away from home: there’s no more comforting spot to share a meal in than a diner. The smell of bacon and eggs sizzling on a flat-top, the sound of milkshakes blending at the bar, and the pops of colourful booths and barstools. If you’re in Toronto and looking for somewhere to start your day right, here are our five favourite diners across the city.

The Lakeview is a Toronto institution, first opening in 1939 at Dundas and Ossington. Current owners Fadi and Alexander (Chelsea Room, Great Hall, Contender) took over in 2007, restoring the icon and converting to a 24-hour operation. With over 80 film and TV credits, you may recognize The Lakeview in Shape of Water, Boondock Saintsand Hairspray to name a few. Make sure to try the Corn Flake Chicken Sandwich, Freedom Toast and Apple Pie Milkshake.

Avenue Open Kitchen is an intimate, unassuming deli just southeast of Richmond and Spadina. First opened in 1959, current owner Tom strives to uphold the restaurant’s legacy. Regulars love the smoked meat, roast beef, and peameal sandwiches – but be sure to check out the weekend brunch specials too.

Ash Farrelly moved from Ireland to Canada in 1981, working as a server before opening The George Street Diner in 2007. Hailing from a lineage rooted in hospitality, the Farrelly’s famous soda bread is the best part of any meal at The GSD. Ash hand picks all of the ingredients, leads an environmentally friendly operation, and at her diner you get a real sense of family – not to mention that The GSD is a budding film and TV star, set to everything from a Shawn Mendes music video to The F Word.

Chef-owner Ben and partner Ashley opened White Lily Diner in Riverside in 2016. A former catering kitchen, the couple renovated the space to accommodate patrons and are focused on serving up approachable comfort food with care. The menu is influenced by what’s in season, they stick to local suppliers, and almost everything is made in-house from sausages to breads. The donuts are wildly popular and the patty melt is one of the best burgers in town.

Dubi and Esti have headed up the iconic Rosedale Diner since 1981. Serving classic diner fare with proud Israeli flair, the Rosedale Diner was the first to serve gourmet poutine, wings and bison burgers in Toronto – and while historic, they’re constantly evolving (in fact, the food in Diners, Drive-ins and Dives are no longer on the menu). Today, Dubi recommends the skhug fries, calamari harif, and spicy dukkah wings, and their son Gil curates the ambitious, eclectic and ever-changing line up of organic, natural and bio-organic wines and beers. Drop by on Wednesdays for half-priced wine.